Ireland comes to Boston this Winter 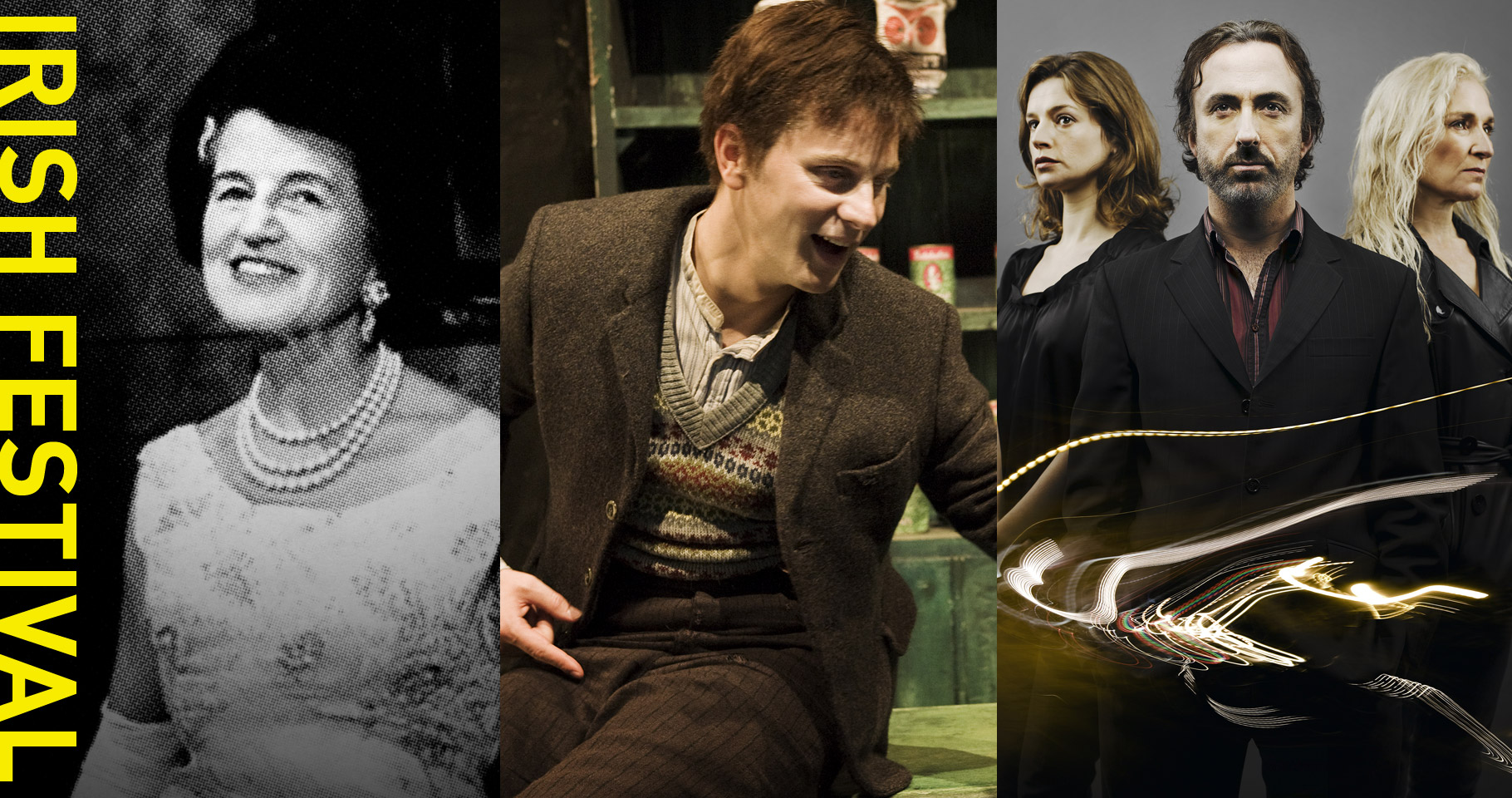 Play Clip
Celebrate Ireland’s theatrical traditions! The world renowned Abbey and Druid Theatres come to Boston for the first time in decades, plus the world premiere of The Color of Rose where we hear Rose Kennedy’s story. THE COLOR OF ROSE Now we get to hear from Rose. As the Aged Rose Kennedy prepares herself for a pressing interview, she revisits her past through the eyes of her youth and middle-age. Her candid reflections paint a unique and fascinating picture of this legendary family. Kickoff event for the ArtsEmerson Irish Festival.  THE CRIPPLE OF INISHMAAN Irish humor is legendary. And McDonagh (author of the screenplay for the film In Bruges) has single-handedly taken it to a new contemporary level. This hilarious production reviews the unique partnership of the Druid ensemble with writer Martin McDonagh. TERMINUS Catapult from the bustling streets to the skies above Dublin, then plummet deep to the bowels of the earth as three people are ripped from their daily lives and thrown into a fantastical world of singing serial killers, avenging angels and love sick demons.
THE COLOR OF ROSE

MONDAY, 02.07 at 7PM in the Paramount Black Box Marble, a new play by Marina Carr American Premiere Featuring actors Ken Cheeseman, Nancy Finn, Karen MacDonald, and Matthew Murphy What happens to two ordinary young couples when one man’s wife and his best friend have romantic dreams of one another? Carr’s play explores how those who “have it all” cope with the dull routine of everyday life…and how far will they go to escape it.

TUESDAY, 02.08 at 6PM in the Paramount Black Box Hugo Hamilton: selections from The Speckled People and Harbor Boys, read by the author A Dublin native with Irish and German parents, Hugo-Hamilton is best known for poignant memoirs of his unusual upbringing and incisive novels that examine Irish identity and the impressions of immigrants to the Emerald Isle. The Guardian calls Hamilton’s work “a victory for eloquent writing, crafty and cunning in its apparent simplicity.” Hugo Hamilton is the author of The Speckled People, a unique, best-selling memoir of growing up in Dublin with a German mother and a fervent Irish nationalist father. It was hailed as “an instant classic” by Colum McCann and went on to win numerous prizes including the PRIX FEMINA etranger in France. His second memoir The Sailor in the Wardrobe continues the emerging account of his confused identity and the attempted escape from the language war in which he was trapped as a child. Described by Hermione Lee as “an Irish novelist of great delicacy, originality and thoughtfulness,” he is the author of two memoirs, seven novels and a collection of short stories. His novel Disguise pursues the confusion of identity in the life of a Berlin musician who is convinced that he is a Jewish orphan and replaced a German boy who died in the bombing of the city. His latest novel Hand in the Fire (4th Estate) picks up that uneasy trespassing from one culture into another by looking at Ireland through the fresh perspective of a Serbian immigrant who is drawn into a complex relationship with a troubled Irish family. Hugo Hamilton lives in Dublin. THURSDAY, 02.10 at 6PM in the Paramount Black Box Peter Murphy: selections from John the Revelator, read by the author Murphy will be introduced by author Maureen Dezell In his debut novel about a boy caught between a precocious new friend—the only one who understands him—and a charismatic but dominating mother who forbids the friendship, music journalist Peter Murphy boldly forays into the world of fiction. The Guardian raves about Murphy’s “spook-filled Irish landscape, rendered with gouts of blood-red humour.” Murphy will also read from “The Blacklight Ballroom,” a short story to be published this April in a Faber anthology of new Irish stories, as well as sections from a new novel in progress. Peter Murphy is a writer, musician and journalist from Enniscorthy, Co. Wexford. His first novel John the Revelator was published in the UK and Ireland by Faber & Faber and in the US by Houghton Mifflin Harcourt, and has been nominated for the 2011 IMPAC literary award and shortlisted for the 2009 Costa Book Awards. One of Ireland's most respected arts writers, his journalism has been published in Rolling Stone, Music Week and the Irish Times and he currently serves as contributing editor with Dublin's Hot Press magazine. He is also a regular guest on RTE's arts review show The View and has contributed liner notes to the forthcoming remastered Anthology of American Folk Music.

Maureen Dezell covered arts, culture and boldface names for the Boston Globe, city politics and urban issues for the Boston Phoenix, and health care for Boston Business Journal. Author of the critically acclaimed book Irish America: Coming Into Clover (Anchor 2002) and a former Emerson College journalism adjunct professor, she is now an independent writer and an editor at Boston College.

Hosted by Boston Women’s Heritage Trail Dates: Sunday, January 30 & Saturday, February 5 Time: 1:00-2:30 PM The Boston Women's Heritage Trail is pleased to partner with Arts Emerson to honor the legacy of Rose Kennedy, a vanguard of women's history in Boston and beyond. Come with us on a Rose Kennedy Walking Tour! Tour one of Boston’s oldest neighborhoods and see such landmarks as her birthplace in Boston’s North End (home of Mayor John “Honey Fitz” Fitzgerald) and Old St. Stephen’s Church where she was christened, to the new Greenway named after Rose Kennedy. About BWHT  In 1989, a group of Boston Public School teachers, librarians, and their students brainstormed and inaugurated the Boston Women’s Heritage Trail. Like The Hub’s two extant walks—the Freedom Trail and the Black Heritage Trail—this new historic trek promised to take visitors through fascinating slices and stories from Boston’s illustrious past. Unlike its predecessors, the Boston Women’s Heritage Trail highlighted the work of women, from household names like Abigail Adams, Phillis Wheatley, Amelia Earhart, Louisa May Alcott, and Rose Kennedy, to less-familiar leaders like Chew Shee Chin, Julia O’Connor, Clementine Langone, and Melnea Cass. In the twenty years since its founding, The Boston Women’s Heritage Trail (BWHT) has worked to restore women to their rightful place in the history of Boston and in the school curriculum by uncovering, chronicling, and disseminating information about the women who have made lasting contributions to the City of Boston. Sign-Up Form Location Details  Meet on the Greenway at the corner of Atlantic Avenue and State Street, across from the Aquarium T stop Price  Suggested donation: $10.

See all three Irish Festival shows for as little as $97! 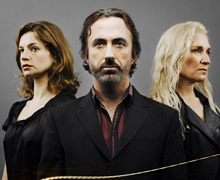 A fantastical world where the collision of a lovelorn woman, a remorseful mother, and a serial killer who has made a deal with the Devil, results in a daring drama of intertwining monologues.

The Cripple of Inishmaan 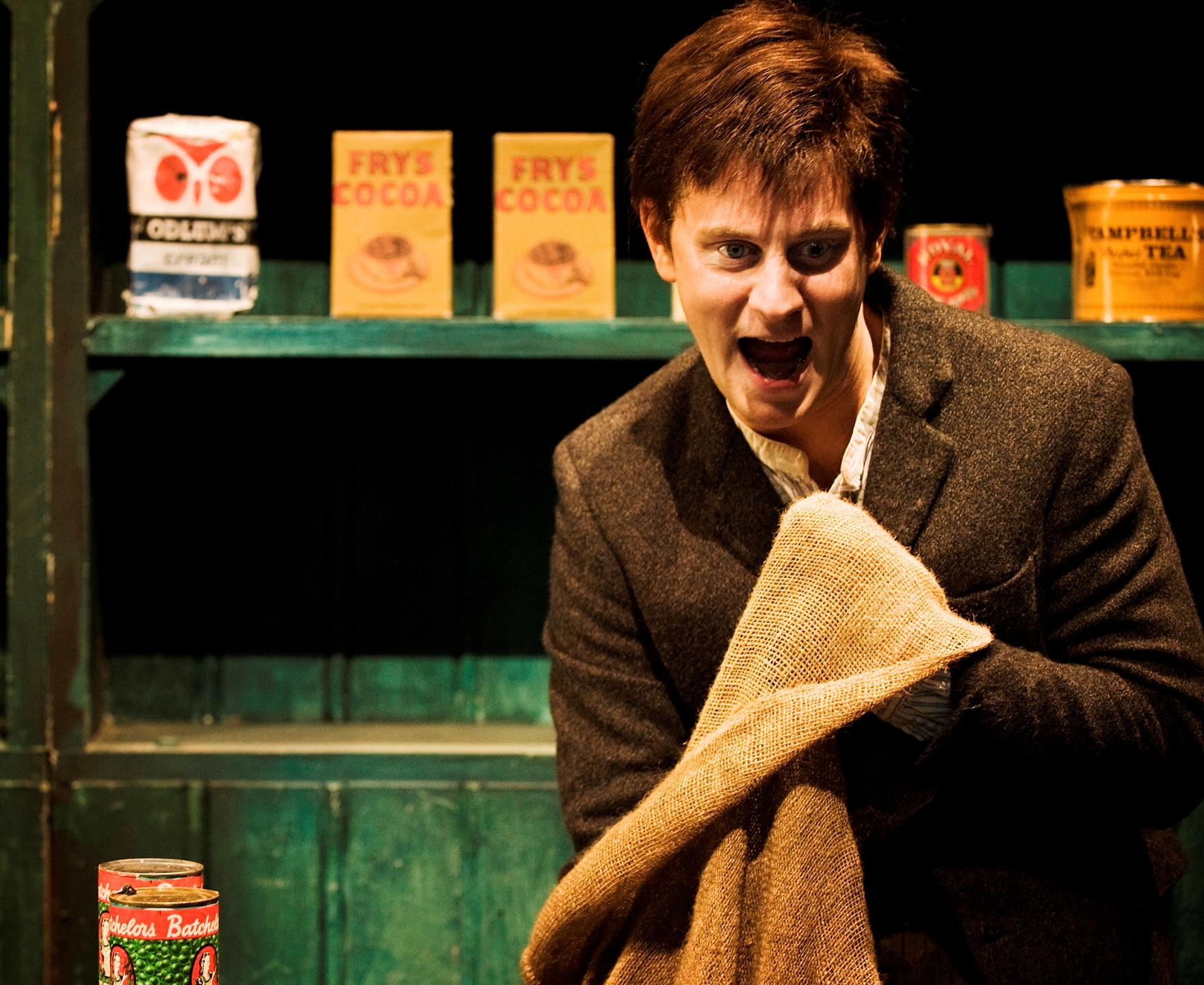 The Cripple of Inishmaan is a comic masterpiece with eccentric island characters trading stories to within an inch of their lives while a young man tries to make sense of who he is.