Order for
Your shopping cart is empty.
Order for In 1941, Jacob Lawrence, then just twenty-three years old, completed a series of sixty paintings about the Great Migration, the mass movement of African Americans from the rural South to the urban North. Lawrence’s work is a landmark in the history of modern art and a key example of the way that history painting was radically reimagined in the modern era. Explore the social and cultural nuances of each of the sixty panels in Lawrence’s series.

Painting The 'Epic Drama' Of The Great Migration: The Work Of Jacob Lawrence 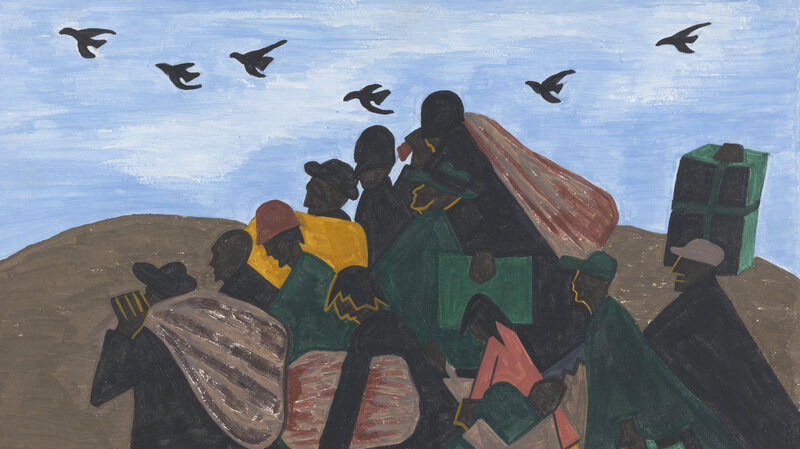 The son of a cook from South Carolina and a domestic worker from Virginia, Lawrence was born in Atlantic City in 1917, but it was his years in Harlem that shaped some of his most iconic work: a series of 60 paintings about the black Southerners, like his parents, who fled to cities in the North and West during the Great Migration.