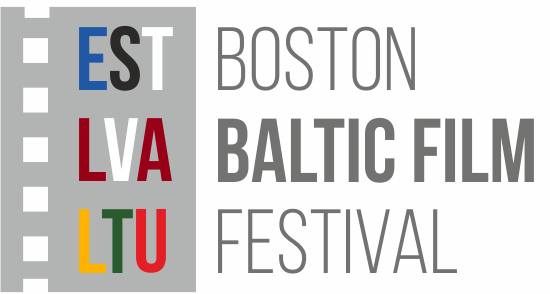 A unique opportunity to get to know the Baltic soul

The fourth annual Baltic Film Festival in Boston will present three days of the latest award winning films from Estonia, Latvia and Lithuania.

World class feature films and documentaries for all generations – a unique opportunity to get to know the Baltic soul – creative, reflective, and rebellious. Panel discussion and Q&As with directors/producers. Action, adventure, drama, love, history, laughter, tears and so much more are on the menu for all.

Save 25% with an All-Access Festival Pass:
$81 for all 9 films
Get Package

Please Note:
Proof of vaccination is required for entry 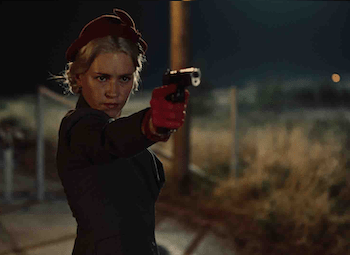 This historical spy thriller is about an Estonian intelligence officer who has to track down a mysterious Soviet double agent on the eve of WWII. August 23, 1939. The Soviet Union and Hitler’s Germany, bitter enemies so far, shock the world by signing a non-aggression pact. Europe fears an imminent war. At that very moment, an Estonian agent is murdered and a Soviet source claims that there’s a mole in the Estonians’ ranks. Feliks Kangur, an Estonian spy in Helsinki, is assigned to catch the traitor. At the same time, global political and military events start to unfold at a dizzying pace, and Feliks finds out that the Red Army has launched a secret operation to annex Estonia. But Feliks is also burdened by a secret regarding his lover Maria, a young Polish art historian. 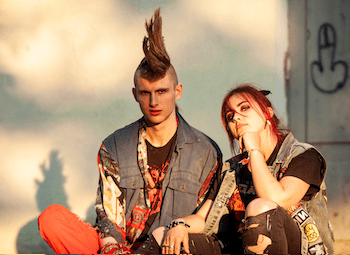 Central to the film is fourteen-year-old Jānis, a boy from the small town of Jelgava in Latvia. He is a good student who tries not to draw attention to himself. But when he falls in love with his classmate Kristīne and, without intending to, makes friends with Death and Zombie, his teenage life is turned completely around. He dreams of playing in a band, listens to heavy metal music, and has to wear the right clothes—all of which drives his parents and teachers to tears. “JELGAVA ’94” is a film, which with equal parts of coming of age film and a portrait of the cultural chaos that reigned in former communist states during the 1990s, serves as a stark reminder of what has been left behind when border countries such as Latvia, regained their independence. The film is based on the semi-biographical novel (English: “Doom ‘94”) by Janis Jonevs – a winner of the European Union Prize for Literature in 2014. While the teen years may be something you want to forget as you grow older, they may also hold unforgettably good memories. Real occurrences—such as a prison escape, the pirated music industry, and Kurt Cobain’s death—collide with Jānis’ life.

Q&A with director Jānis Ābele after the screening 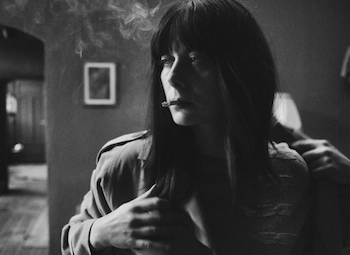 Andrius Gluosnis, a Lithuanian activist during his country’s occupation in WWII, comes upon the Lietukis garage massacre by chance just as it is happening in Kaunas in 1941. He sees his Jewish neighbor Isaac there and kills him—with a soldier’s spade. Gluosnis suspects Isaac was the informant who betrayed him to the NKVD (now KGB) and caused him to be jailed as a nationalist. Years after the incident, in Soviet Lithuania, Gluosnis works for the KGB as a forensic photographer, though he opposes the Soviet system and seeks to subvert it. He has a life with the woman of his dreams, but he is haunted by his guilt and can never forget his crime. He is overcome by fear and anxiety. By coincidence, his friend Gediminas Gutauskas, a film director, who left Lithuania during the war and has been living in freedom, returns from the US searching for the truth. He is making a film about the Lietukis massacre, working with a screenplay that depicts the massacre in precise detail… This storyline quickly merges with another plot, where the two friends find they are in love with the same woman. Gutauskas researches the archives of the killings and comes close to concluding that his friend Gluosnis was a perpetrator and not just an observer. His screenplay becomes a piece of evidence for an investigation into those events launched by the KGB. Even while Gutauskas is the KGB’s primary suspect, he feels emotionally torn about his friend Gluosnis, who has murdered Isaac and is convinced that his victim will come back to wreak vengeance.

Q&A with Jurgis Matulevičius (director) after the screening 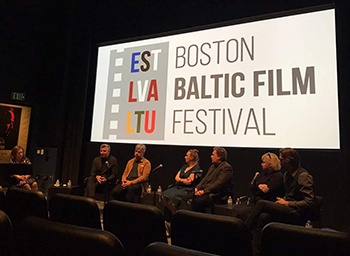 A panel discussion with makers of films being shown at the Baltic Film Festival, moderated by Sandra Kronītis-Sīpols: 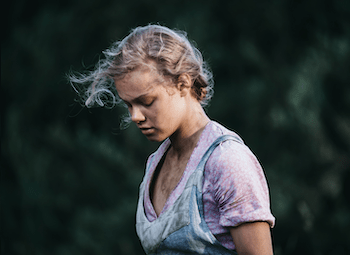 Directed by Dzintars Dreibergs and Produced by Gatis Sniedziņš

Based on actual events as well as the novel by Aleksandrs Grins, which was banned in the USSR, the film is the coming-of-age story of sixteen-year-old Arthur. After his mother dies, he enlists in the military to fight in WWI, with dreams of becoming a hero. But after surviving the brutalities of trench warfare and the loss of his family, he questions whether his involvement in the war was worthwhile. He wonders if the only way he can regain hope is by building a family life and a home, as Latvia itself is born out of the atrocities of war. 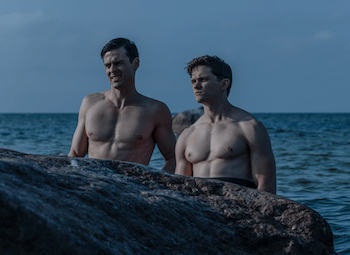 Based on actual events, the film is a love story that takes place in the Soviet Air Force during the Cold War. Sergey, a troubled young private, is counting down the days until his military service ends. His life is turned upside down when Roman, a daring fighter pilot, arrives at the base. Driven by curiosity, Sergey and Roman tread the precarious line between romance and friendship, as a dangerous love triangle develops between them and Luisa, the secretary to the base Commander. Sergey is forced to confront his past, while Roman’s career is put in jeopardy and Luisa struggles to keep her family together. With the walls closing in, they risk their freedom and their lives, as they face an escalating KGB investigation and constant surveillance by the Soviet authorities. 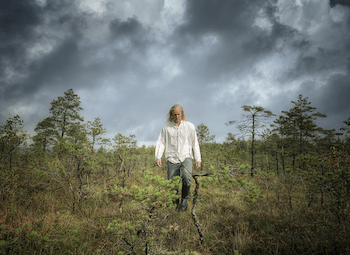 The Bog, [Soo] based on the novel by Oskar Luts, is a thrilling love story that takes us back to the year 1917, when Europe was engulfed in WW1 and a revolution has erupted to Estonia’s East. The setting of the film is the marshland of central Estonia- beautiful, but untrustworthy, if not quite menacing. Young artist Toomas Haava (Franz Malmsten) returns from Paris, coming back to his brother’s bog farm. He is drawn unexpectedly into in a conflict with the violent and terrifying Madjak (Martin Kork), who is harassing a local girl, Hilda (Hanna-Ly Aavik), also known as Wildcat. Enchanted by the mysterious beauty, Toomas discovers himself in the middle of a fight for love, with his own life at stake. As he clashes with the local brute, the young artist must also deal with his own insecurities, as well as his former love and his relationship with his brother. 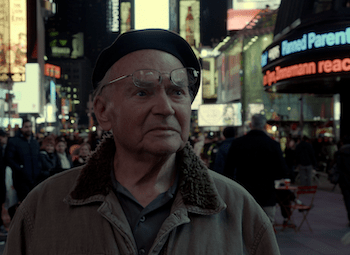 It’s Thanksgiving Day 1970. The US Coast Guard sets out to meet a Soviet vessel anchored just off the shore of Martha’s Vineyard. A one-day conference between the two nations to discuss Atlantic fishing rights is about to take place. While the talks are in full progress, Lithuanian sailor Simas Kudirka jumps across the icy water onto the American boat in a frantic bid for freedom. To his horror, and to the outcry of the world media, the Americans return him to the Soviets and he is tried for treason. The event ignites protests and demonstrations demanding his release across the entire United States. All hope seems lost, until new information about Simas’ US citizenship surfaces. Through eyewitness reports, rare archival footage, and a dramatic first-person reenactment by now 90-year-old would-be defector Simas Kudirka, director Giedrė Žickytė takes us on a stranger-than-fiction journey that reached all the way to the White House, as it inspired ordinary citizens and politicians alike, as well as a book and an American TV docudrama. 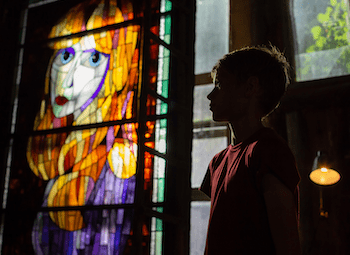 Due to a tragedy in the family, Markus goes to live in the country with his grandmother. An incident involving a neighbor’s daughter turns the village against him. Put to work as punishment, he begins to resent everyone around him, except for an old sailor who lives in the nearby woods. Together they develop a bond and keep each other’s secrets. After an unexpected turn of events, Markus is seen in a new light and finds acceptance. 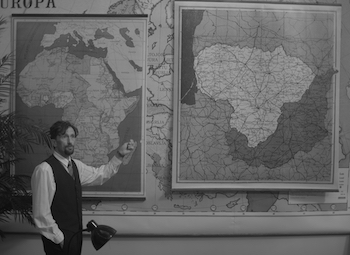 It is 1938. Even as the young Republic of Lithuania celebrates twenty years of independence, the situation in Europe is becoming increasingly tense, and a new war looms on the horizon. Geographer Feliksas Gruodis comes up with a novel solution to the problematic situation: he proposes creating a “backup Lithuania” overseas, a place to which the country’s inhabitants could relocate in the event of impending national danger. All he needs is support for his idea from the political establishment.

Q&A with director Karolis Kaupinis after the screening