“Mesmerizing from the moment we first see him”

When one man tells his war story, glory is the furthest thing from his mind.

An Iliad unfurls the final weeks of a legendary, decade-long siege where Greek legends mercilessly battled over the fall of Troy. This Obie Award–winning adaptation of Homer’s epic poem places one man on a bare stage with a simple question to ask: Has anything really changed since the Trojan War? Directed by Lisa Peterson and starring Tony Award–winning actor Denis O’Hare (American Horror Story, True Blood, Dallas Buyers Club and This Is Us), An Iliad is a sweeping account of humanity’s unshakable attraction to violence.

This encore performance brings An Iliad back to Boston after six years, giving audiences a chance to discover an astonishing, award-winning play The Boston Globe called “nothing short of mesmerizing.” Described as wrenching, visceral, breathtaking, and formidably powerful by critics, it’s an experience not to be missed.


HOMER’S COAT – Denis O’Hare and Lisa Peterson are founding members of Homer’s Coat, a creative collective that explores foundational literature. An actor and a director respectively, they both develop, write and edit the pieces they make together. The creative process differs according to subject matter but the lens through which they view the theatrical medium makes for unique, energetic, imaginative performative experiences. Together they created the stage piece, An Iliad, over a period of 5 years, utilizing video, video transcriptions, improvisation, original music, and diligent research. Their latest work, The Good Book, examines faith and the creation of the Christian bible over centuries, and is currently running at Berkeley Repertory Theatre. They are also working on a commission from the McCarter Theatre in Princeton called The Song of Rome, which is a solo for a female performer, and picks up where An Iliad leaves off, with the destruction of Troy, and follows Aeneas through the founding of Rome, examining the idea of government and empire, both the rise and the fall.

DENIS O’HARE (Actor, Co-Creator) is the co-author, along with Lisa Peterson, of the award winning Solo Performance Play, An Iliad (Obie, Lucille Lortel awards) and The Good Book which premiered at the Court Theatre and recently had its West Coast premiere at Berkeley Rep. Denis wrote and starred in his first feature length film, The Parting Glass, directed by Stephen Moyer. Denis most recently starred in Tartuffe at the National in London.

His off-Broadway credits include Helen, Silence, Cunning, Exile and Into the Woods (The Public Theater), Vienna Lusthaus and An Iliad (New York Theatre Workshop – Obie award) and Pig Farm (Roundabout).

Denis has also appeared in a number of television series including 5 seasons on American Horror Story, 2 seasons on True Blood and 2 seasons on This is Us. Some of his other television work includes When We Rise, The Good Wife, The Comedians, Banshee, Law & Order, Law & Order: SVU, CSI: Miami, Brothers and Sisters, Bored to Death, and 100 Centre Street.

LISA PETERSON (Director, Co-Creator) is a two-time OBIE award winning director and writer. She created and co-wrote An Iliad, with Denis O’Hare, based on Homer’s epic poem. She also recently directed their second collaboration, The Good Book, at Berkeley Repertory Theatre. Last summer she reimagined and remounted her musical adaptation of Virginia Woolf’s The Waves, with music by David Bucknam and Adam Gwon, at New York Stage & Film. 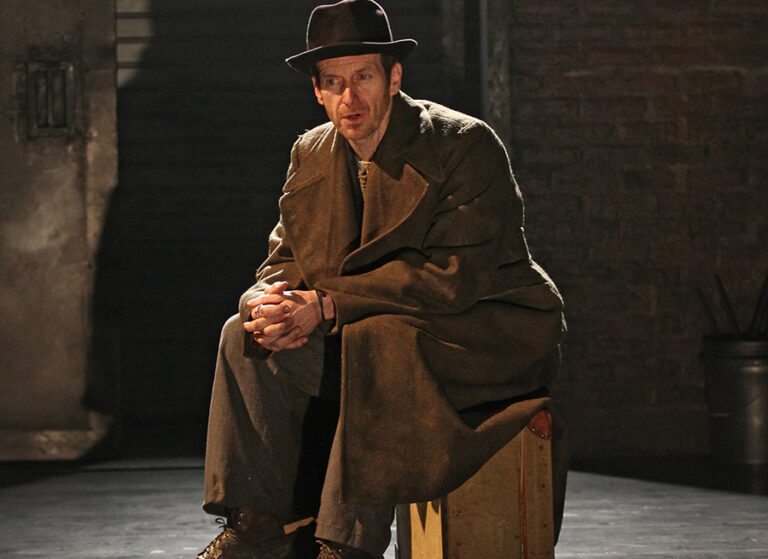 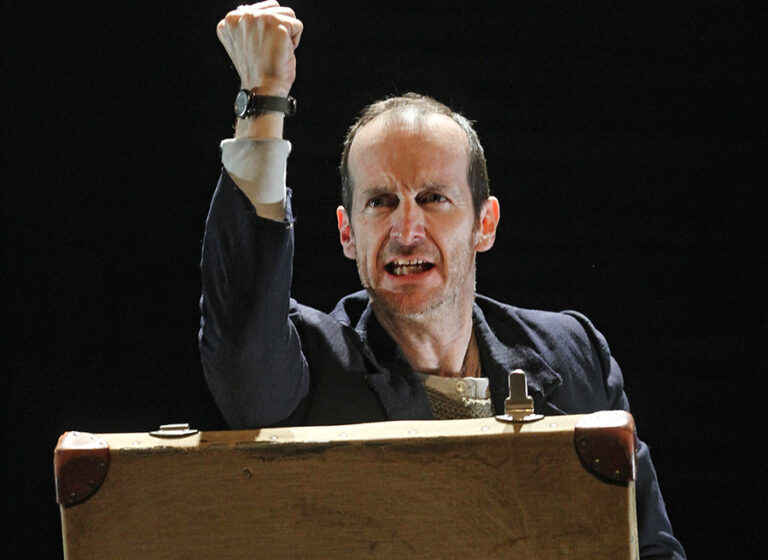 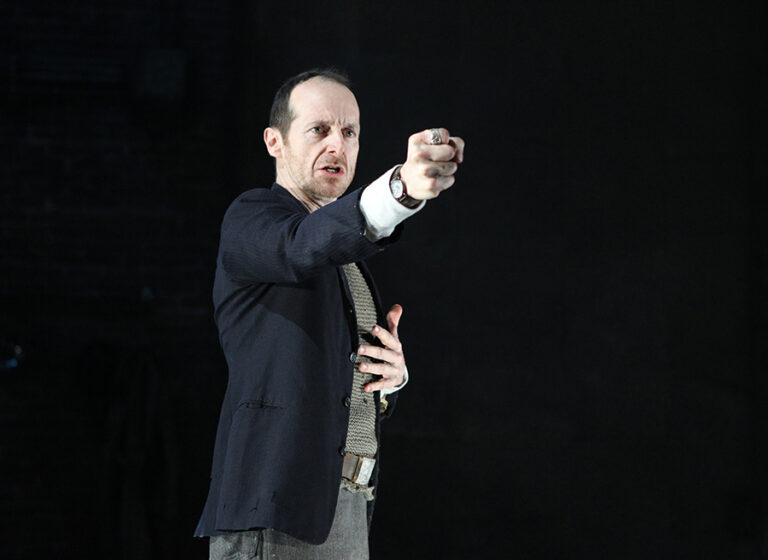 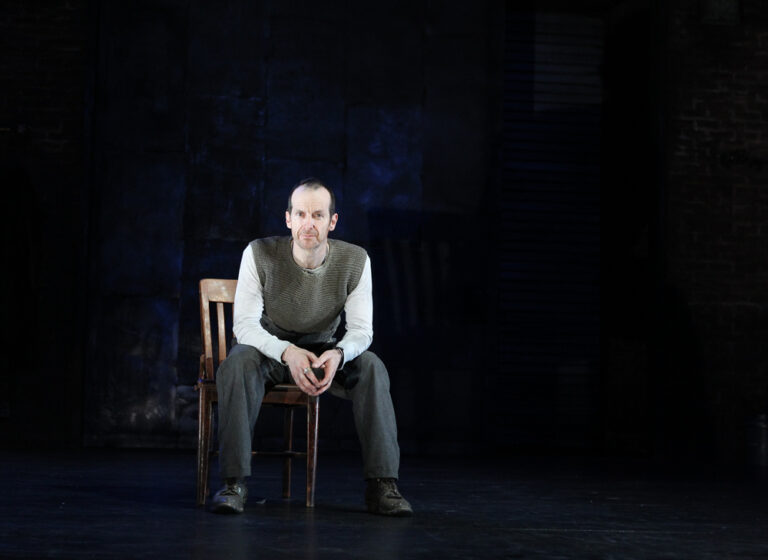 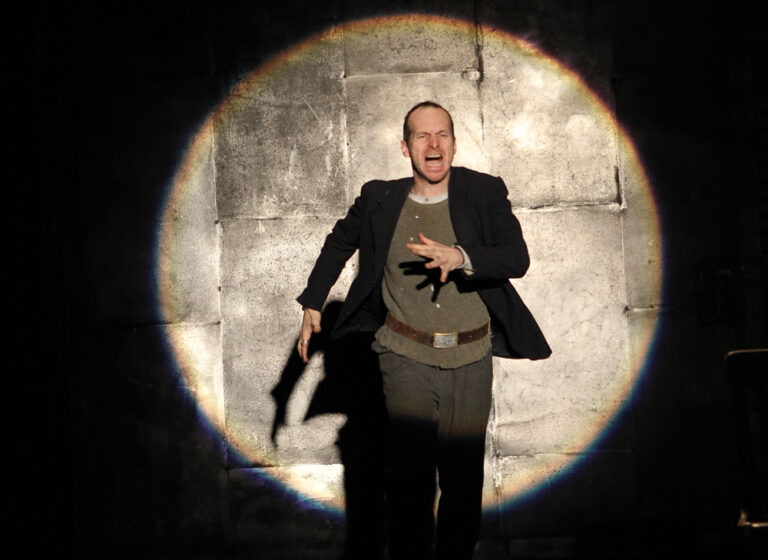 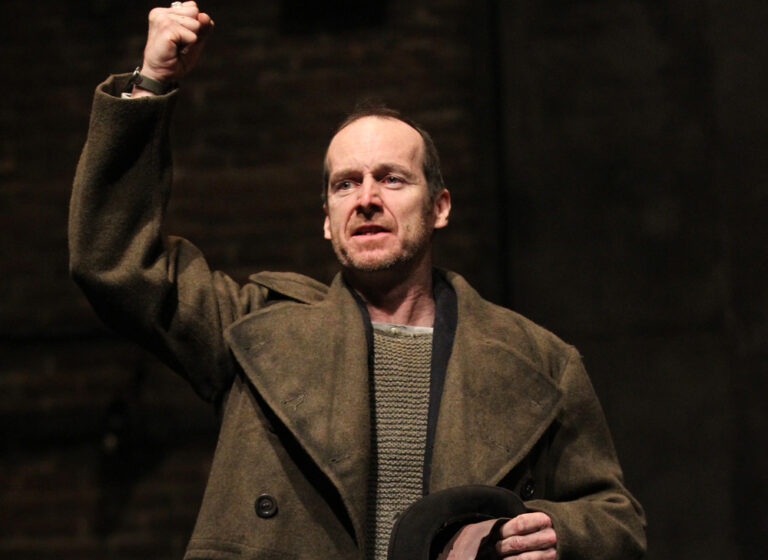 “Funny, stirring, and thought provoking. YOU WILL BE MOVED.”

“This is no ordinary dramatic experience. It is a magic carpet ride into the deepest power and charm that theater can offer.”

“The strength of AN ILIAD resides in the combination of a naturally exciting narrative and the engaged, virtuosic performance of…Mr. O’Hare…a supple, gifted and engaging performer.”

“The show is a sweeping, visceral theatrical event that not only commands attention from start to finish, but can prove to be a touching ode to the tradition of storytelling and an excursion into the magic of simple stagecraft.”

“Listening to An Iliad in a manner that could be breathtakingly close to the way its first audiences heard and saw it is a treat too good to miss.”

“A starkly powerful experience that leaves you with not just a sense of the horror and absurdity of war, but also — and this part makes the heart sink — its inevitability.”“Theatrical storytelling at its most vital.”

“Denis O’Hare is one of our greatest living theatre treasures.”

“Extraordinary. One of the best things I’ve seen in years!”