“A gripping production that explodes the senses and toys with your intellect.”

Hailed as the theatrical event of its generation and winning more awards than any other production in history, the National Theatre’s Landmark Production of JB Priestley’s classic thriller, An Inspector Calls, lands in Boston. First produced at the National Theatre of Great Britain this production has been seen on Broadway, had six seasons in London’s West End, ten UK tours, two Australian tours and a season in Tokyo. Stephen Daldry (Oscar-nominated director of The Reader, The Hours and Billy Elliot) returns to direct his masterpiece.When Inspector Goole arrives unexpectedly at the prosperous Birling family home, their peaceful dinner party is shattered by his investigations into the death of a young working-class woman. His startling revelations shake the very foundations of their lives and challenge audiences to question their own consciences. Wildly entertaining and on a gorgeous grand-scale set, this 1945 thriller is a must-see for a whole new generation of theatre-goers. 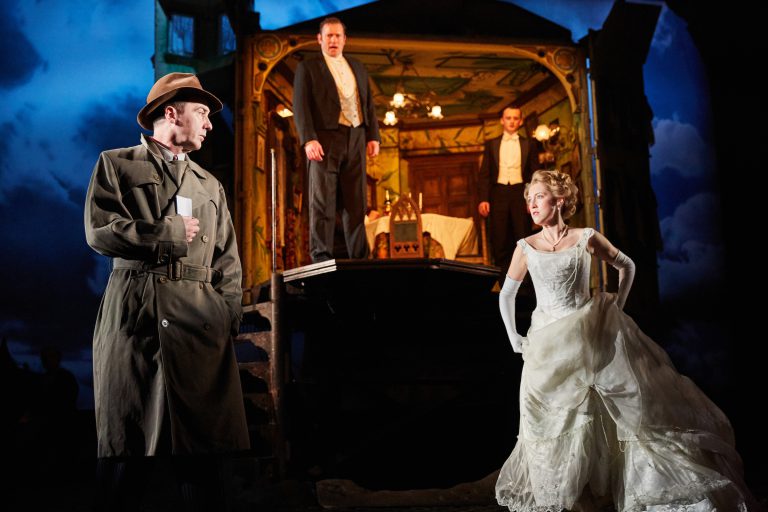 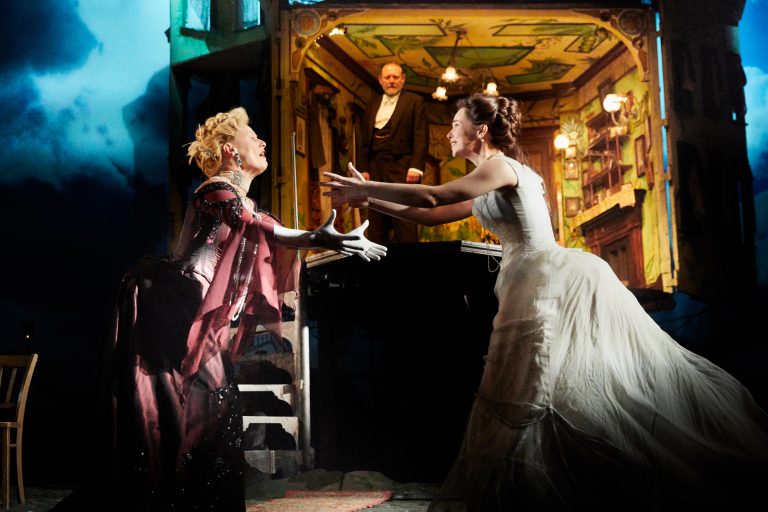 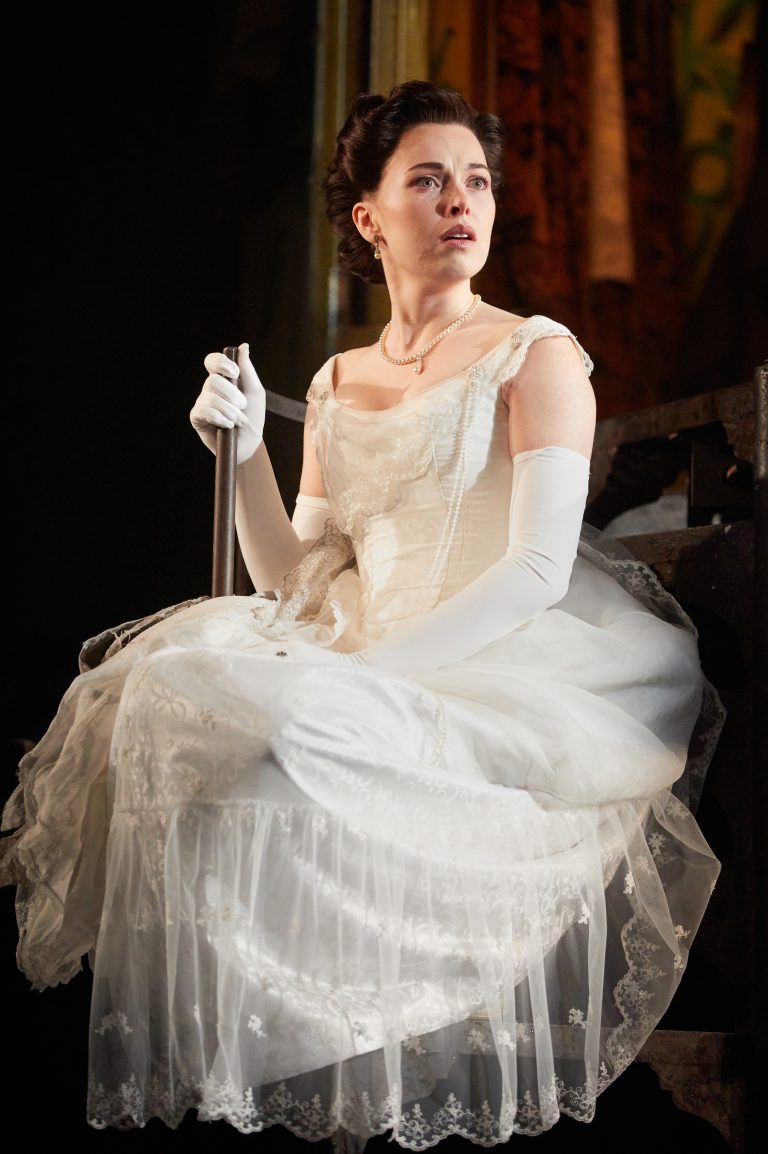 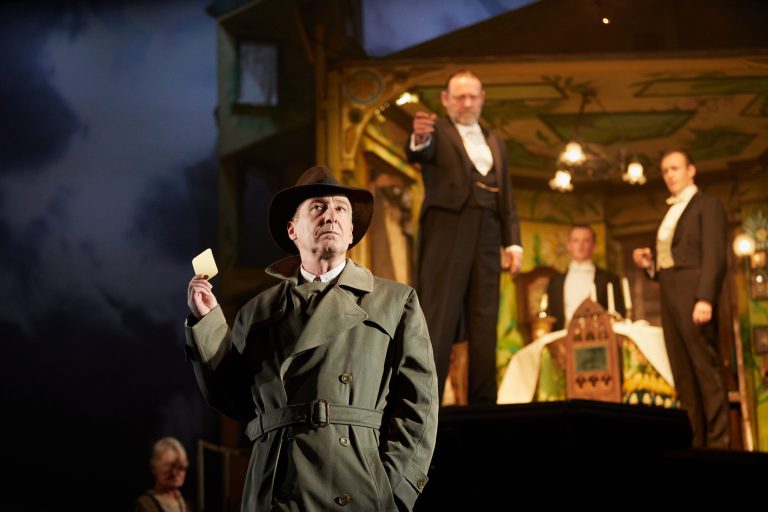 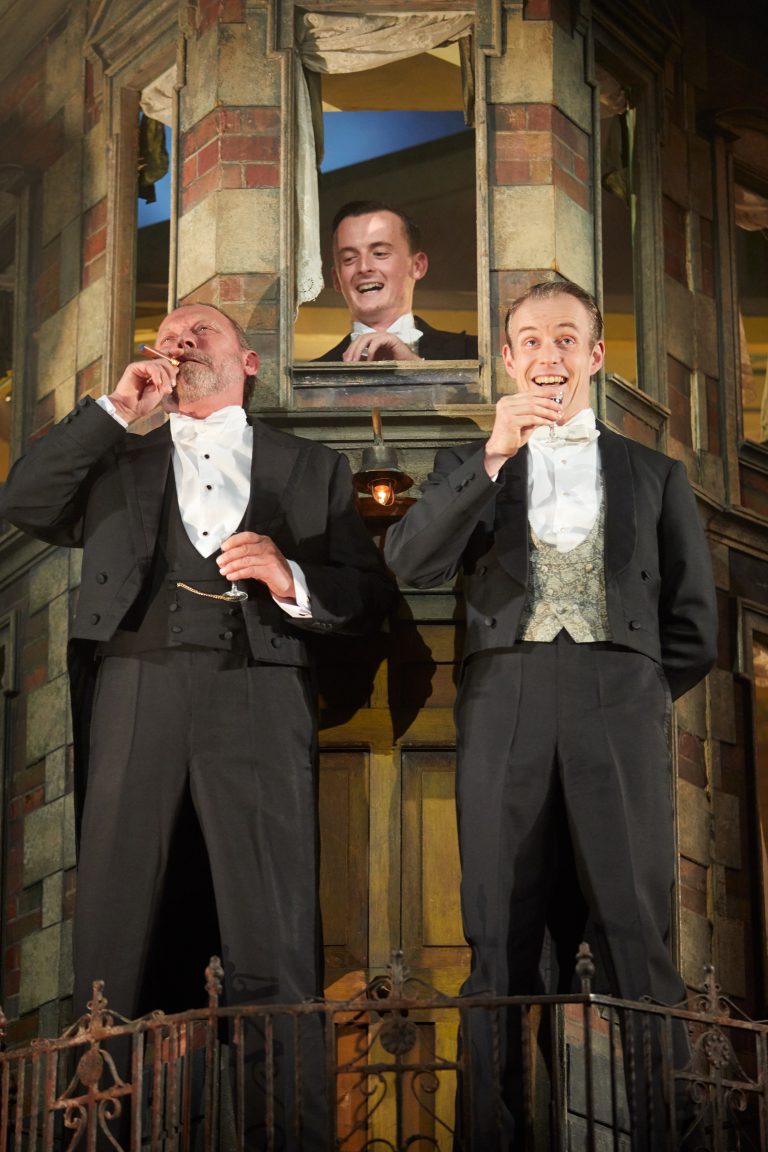 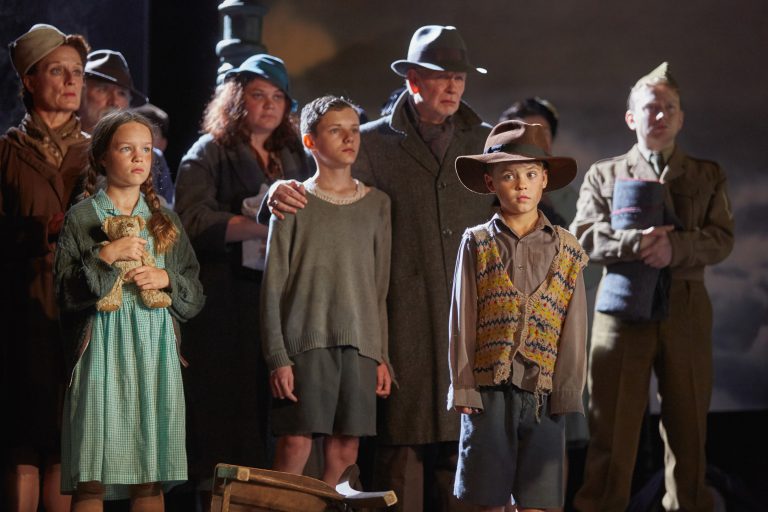 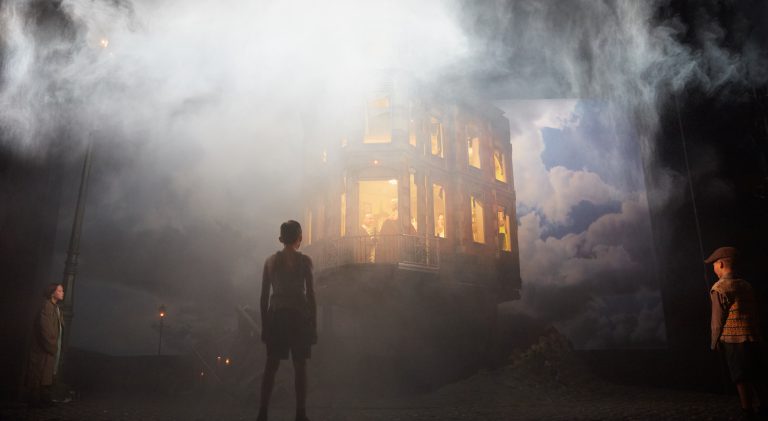 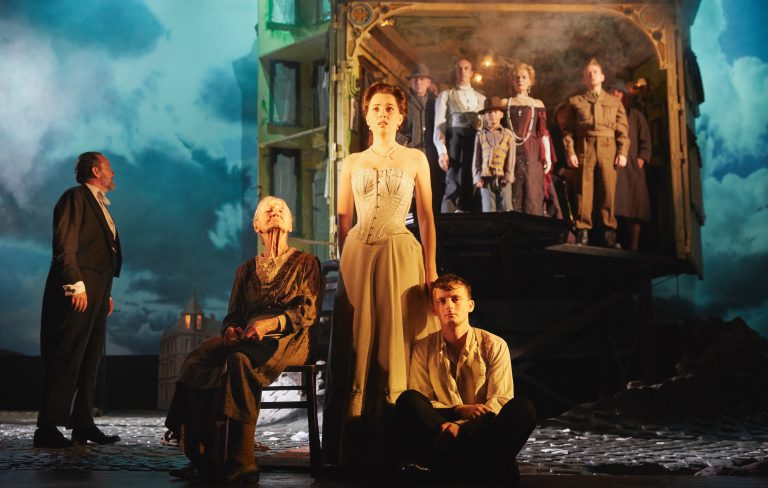 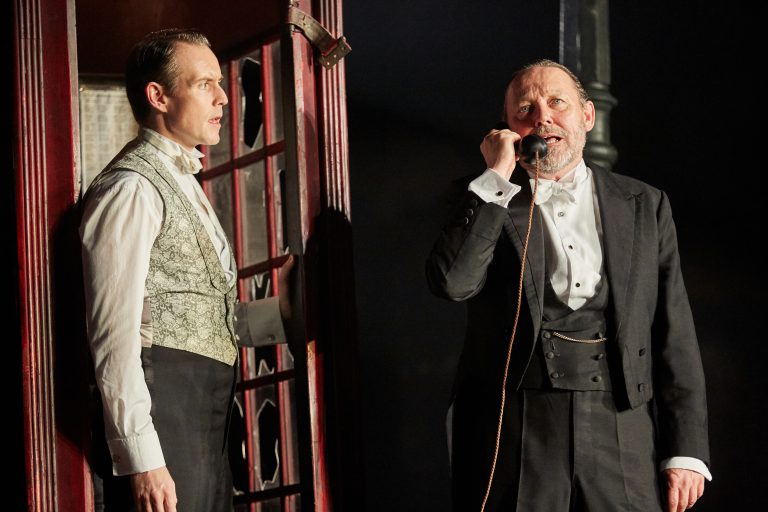 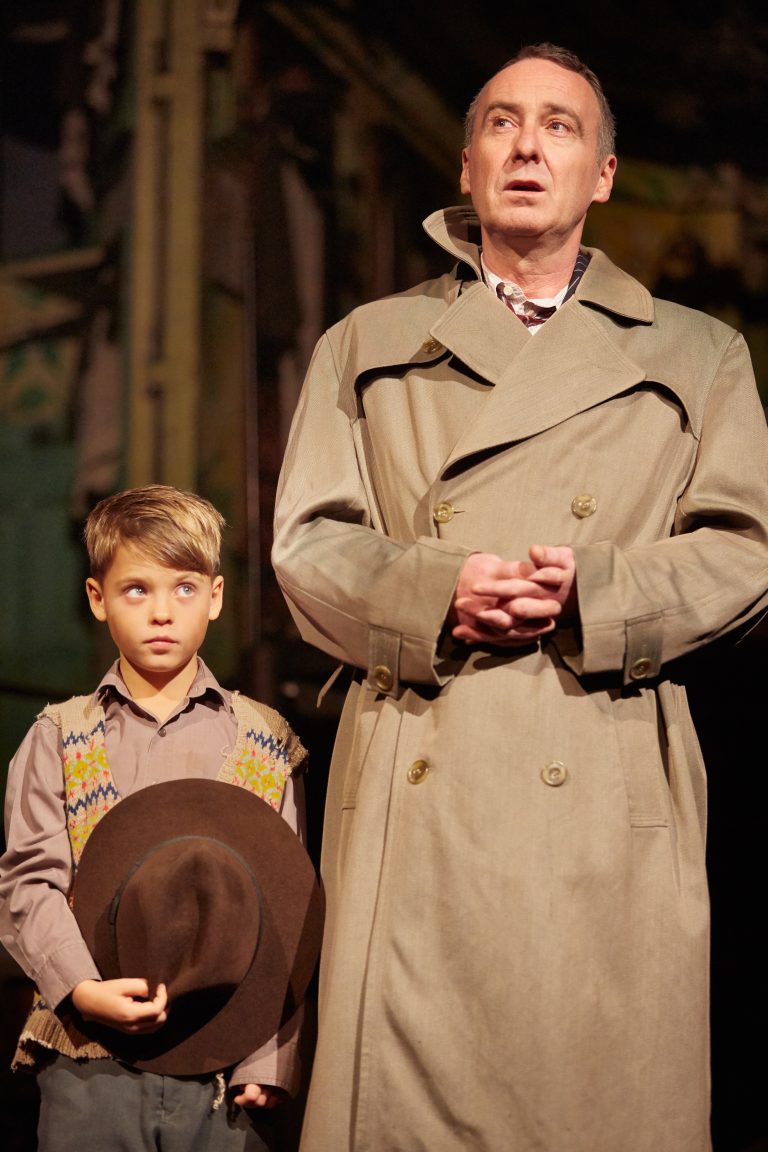 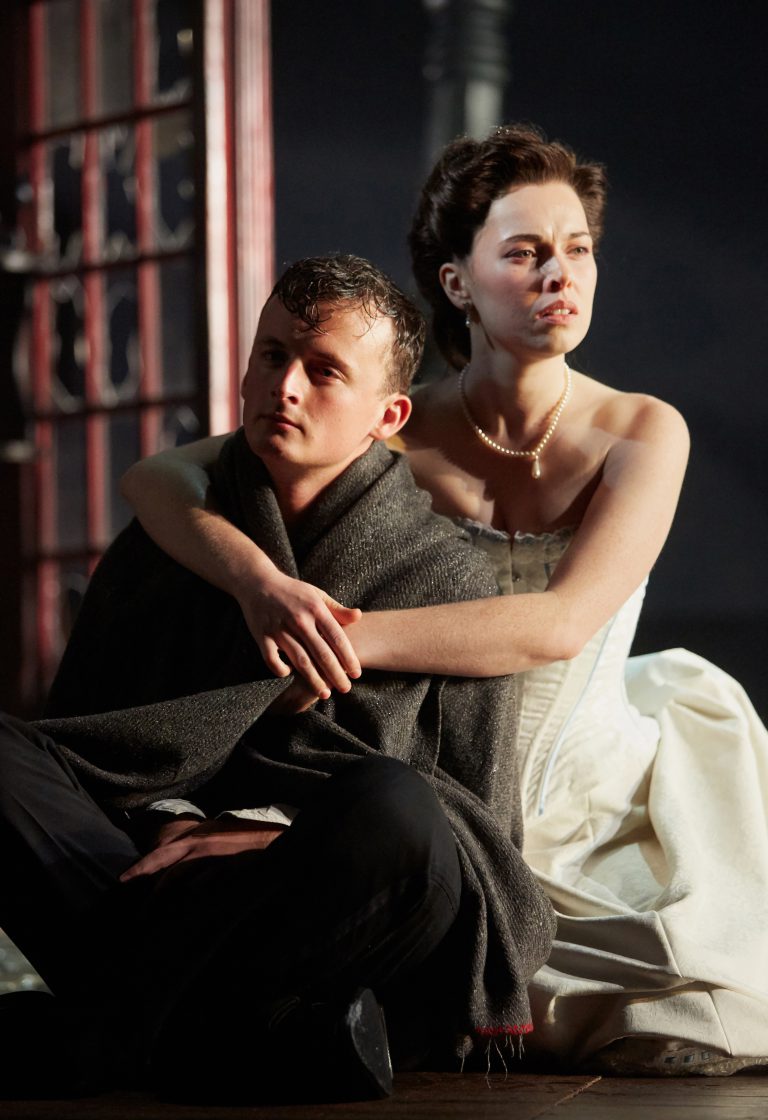 “The 100 intermissionless minutes fly past.”

“A terrific, measured performance by Brennan lends the proper gravitas to his final speech about our responsibility to one another and the price we will pay if we ignore that obligation.”

“A gripping production that explodes the senses and toys with your intellect.”

“A superb production that should not be missed.”

“As fresh and urgent as if it was written yesterday.”

“Race to see this smart, surprising, haunting, and gorgeously staged production only through Sunday. A cautionary ‘who done it’ for RIGHT NOW!”

“This riveting, edgy and thought provoking mystery is a brilliant piece of theatre.”

“The stage looks the way cold and rain feel. It’s beautiful and mystifying.”

“[An Inspector Calls] has so much appeal because avant garde art and social satire underpin the action.”

“This is an example of what theater can do, must do, to remind us that we are all in it together.”

“‘An Inspector Calls’ is like an episode of ‘The Twilight Zone’ wrapped in an Agatha Christie mystery.”

“With a moral heart that beats like thunder, the epic revival of this 1945 classic, itself a remounting of director Stephen Daldry’s 1995 production, both reveals truths about its characters and speaks to the audience’s collective conscience.”

“I was struck by how this show, so brilliantly designed by Ian MacNeil, now comes with newly resonant echoes. It feels as if Priestley was writing about the climate-change crisis about to engulf us all. It feels like he anticipated the march toward political extremes, the rise of smug complacency and the fall of personal moral obligation.”

“Powerful…It may be that the current social and political climate makes Priestley’s message – we are all responsible for each other – more timely than ever.”

“If Stephen Daldry’s landmark 1992 production of An Inspector Calls was hailed for its relevance amid an economic recession, 26 years later this colloquy pitting capitalism against socialism, wrapped in an Edwardian parlor mystery, has only become more germane.”

“This is a production that screams, ‘go to the theater!’ Heed the call.”

“Stunning… dark and gleaming and elegant.”

“An epic for our epoch, a thrillingly physical piece of theatre – with the power to stir the heart as much as the mind.”

“Spell‐binding. Grabs you by the throat and won’t let you go.”

“Brennan is chillingly effective as Inspector Goole: His swift and wry assessment of anyone who crosses his path makes it easy to believe that he could inspire someone to spill their darkest secrets with minimal prompting.”

“This is an amazing show that really got me thinking!! It was 1 hour and 40 minutes of being riveted to the stage!! The play, costumes, set…were all spectacular!! Don’t miss this.”

“Made me feel as though I were seeing a Broadway or West End show, the set, music, and special effects were excellent as well as the cast.”

“WHAT an exceptional show.”