“A STIRRING AND ALTOGETHER
OUTSTANDING MUSICAL.
Exquisite artistry. Sheer vibrancy. It richly deserves to be seen, heard, and felt.”

Based on the life of Miriam Makeba.

Dreaming Zenzile is a thrilling new musical based on the life and music of superstar Miriam Makeba, the legendary singer, songwriter, actress, United Nations goodwill ambassador, and civil rights activist. This world-premiere tour — written/performed by GRAMMY®-nominated music sensation Somi and directed by award-winning artist Lileana Blain-Cruz— is an electrifying portrait of a revolutionary artist’s singular voice and vision.

Championed by Harry Belafonte, Makeba’s popularity in the U.S. exploded after becoming the first African to win a GRAMMY, appearing on the Ed Sullivan Show, and gracing the cover of Time magazine in 1967. Exiled from her South African homeland for standing against apartheid, her 1968 marriage to Stokely Carmichael resulted in a blacklisting also in the United States.

Somi Kakoma presents Makeba’s life as a series of dream-like memories during what would be her final concert, delivering the performance of her life, raising both the conscience and consciousness of a people. This spiritual journey of reconciliation with the past lifts up Makeba’s one-of-a-kind voice, art, and songs in this incredible, uplifting new musical.

Join for a post show conversation after the following performances:

2 hours and 30 minutes with a 15-minute intermission

Please Note:
Proof of vaccination is required for entry


Dreaming Zenzile was developed with the generous support of Octopus Theatricals, National Black Theatre, ArtsEmerson, The Clarice Smith Center’s Artist Partner Program, Baryshnikov Arts Center, Rauschenberg Residency/Robert Rauschenberg Foundation and UCLA Center for the Art of Performance. It was developed at the Sundance Institute Theatre Lab in 2019. Dreaming Zenzile was originally commissioned and developed with the support of Joe’s Pub at The Public. It was also developed in part during a residency at Baryshnikov Arts Center, New York, NY. This work was developed in part during a residency in the SEI Innovation Studio at the Kimmel Center for the Performing Arts. The original music and arrangements of Dreaming Zenzile were made possible through the French American Jazz Exchange, a joint program of FACE Foundation and Mid Atlantic Arts Foundation with generous funding from Cultural Services of the French Embassy, Doris Duke Charitable Foundation, SACEM, Institut Français and the Ministere de la Culture et de la Communication.

Special thanks to The Miriam Makeba Estate and Mama Africa Cultural & Social Trust for their support and permission to create this work. 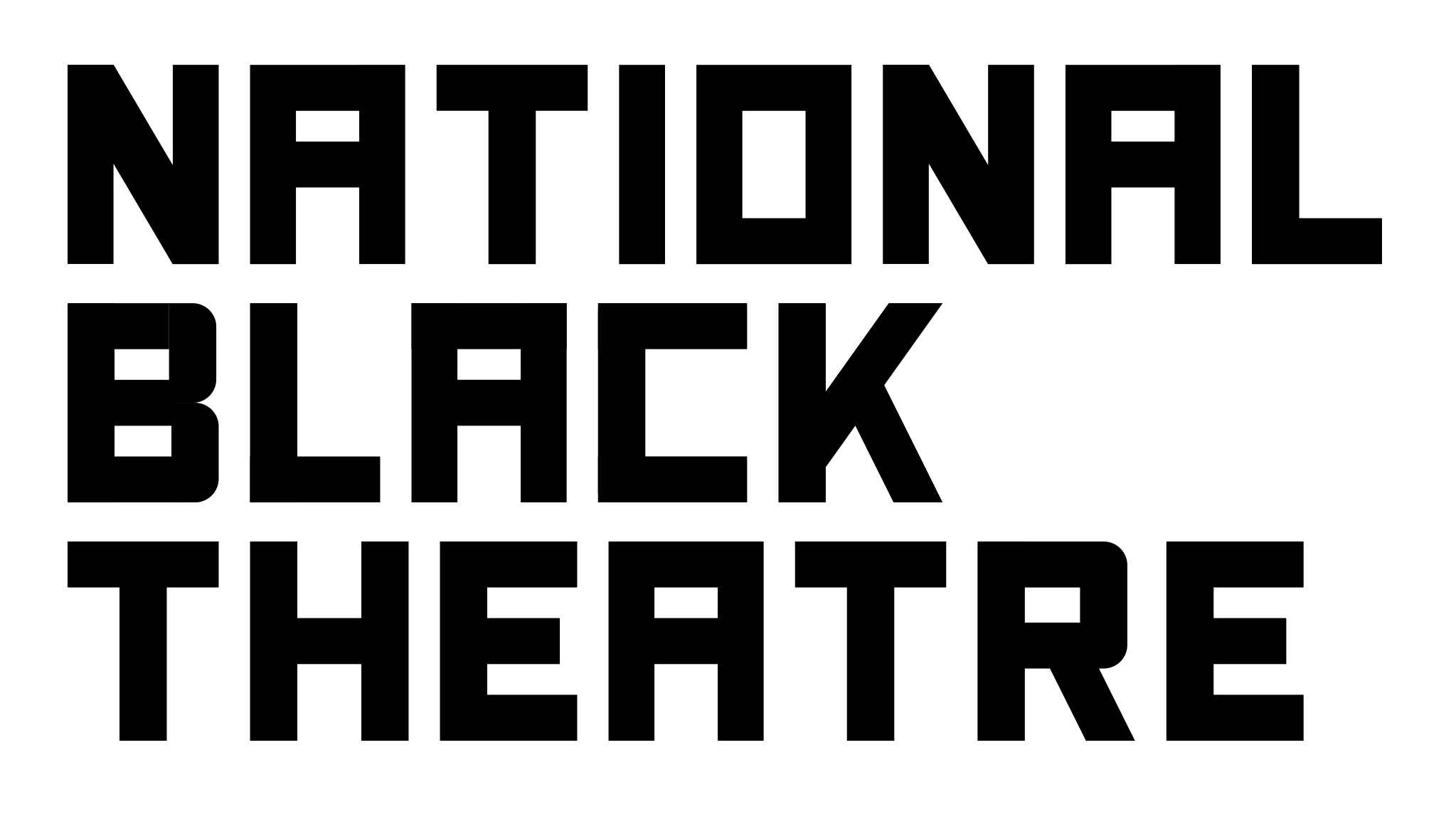 Vocalist, composer, actor and playwright Somi Kakoma was born in Illinois to immigrants from Uganda and Rwanda. Known simply as “Somi” in the music world, she often combines her artistry and her activism. Subsequently, she has been widely honored as a Soros Equality Fellow, a TED Senior Fellow, a USA Doris Duke Fellow, a Sundance Theatre Fellow, a 2021 GRAMMY nominee, and a recipient of two NAACP Image Awards. Mentored by legendary South African trumpeter Hugh Masekela, The New York Times hailed Somi for her “supple jazz singing and compassionate social consciousness.” Her fifth studio, which also honors Miriam Makeba, will be released in March 2022 just before Somi’s Off-Broadway debut.  Dreaming Zenzile is her first play.  Somi is the founder of Salon Africana, a boutique record label and cultural agency for contemporary African musicians and writers. She holds undergraduate degrees in Anthropology and African studies from the University of Illinois at Urbana-Champaign, and a Master’s Degree in Performance Studies from New York University’s Tisch School of the Arts.  She is presently pursuing a PhD in Creative Practice and Critical Inquiry at Harvard University’s Department of Music. In her heart of hearts, she is an East African Midwestern girl who loves family, poetry, and freedom.

Esperanza Spalding. She was recently named a 2018 United States Artists Fellow and a 2020 Lincoln Center Emerging Artist. She is currently the resident director of Lincoln Center Theater. She is a graduate of Princeton and received her MFA in directing from the Yale School of Drama.

Marjani Forté-Saunders (Choreographer) is thrilled to choreograph her first production at The Rep. She is a mother, choreographer, performer, community organizer and a three time Bessie Award winner. She is a recent recipient of the prestigious Dance Magazine Harkness Award (2020) and the Foundation for Contemporary Arts Fellowship. Marjani is a founding member of the collective 7NMS, alongside composer and husband Everett Saunders. They are recent recipients of New Music USA and the National Dance Project Production Grant for their work illustrating the life-journey of the Emcee/Lyricist (PROPHET). She is an anti-racist organizer with the People’s Institute for Survival and Beyond and a lead facilitator with UBW’s Builders Organizers and Leaders through Dance. Commercially, Saunders has worked with Sundance Award-winning director Kahlil Joseph, director Kevin Willmott, director Kevin Everson and Tracee Ellis Ross’ product launch video campaign. Marjani is honored to be a part of the creative team of Dreaming Zenzile, in utter admiration of our beloved Miriam Makeba. Humbly, she defines her work by its lineage stemming from culturally rich, vibrant, historic, loving, irreverent conjurers!

Hervé Samb (Music Director/Guitar) is a virtuoso guitarist, original composer, arranger and respected producer. He has established himself as an outstanding musician worldwide, with many famous artists such as Marcus Miller, Oumou Sangaré, Salif Keïta and so many others. He is occasionally an artistic director for renowned artists such as Kellylee Evans, Somi and Lisa Simone, to name a few. His four previous albums as a leader have all been acclaimed by the public and international critics, through which he confirms a unique style, the “Jazz Sabar,” born from the rhythms of the sabar—traditional Senegalese percussion, crossing original melodies inspired by both traditional Senegalese tunes and contemporary jazz. In 2020, he recorded two new albums: Benn, a much-awaited first solo opus, and Jolof, in which he finds the “Teranga Band” to take the “Jazz Sabar” of which he is both the pioneer and ambassador, even further. 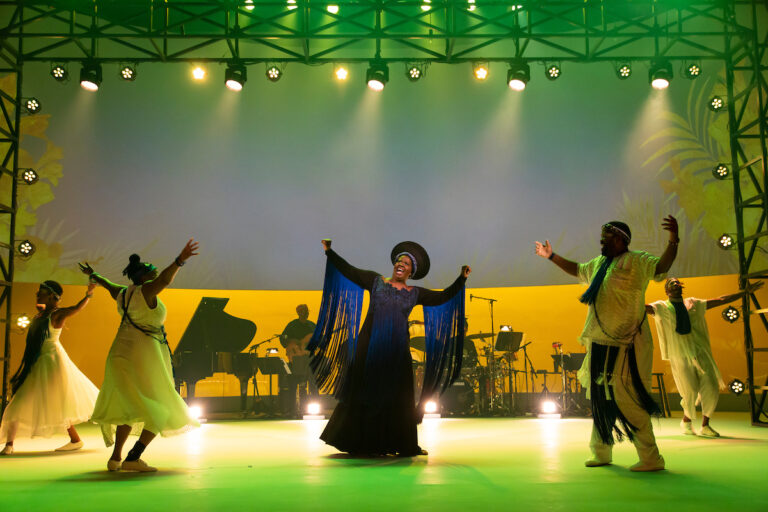 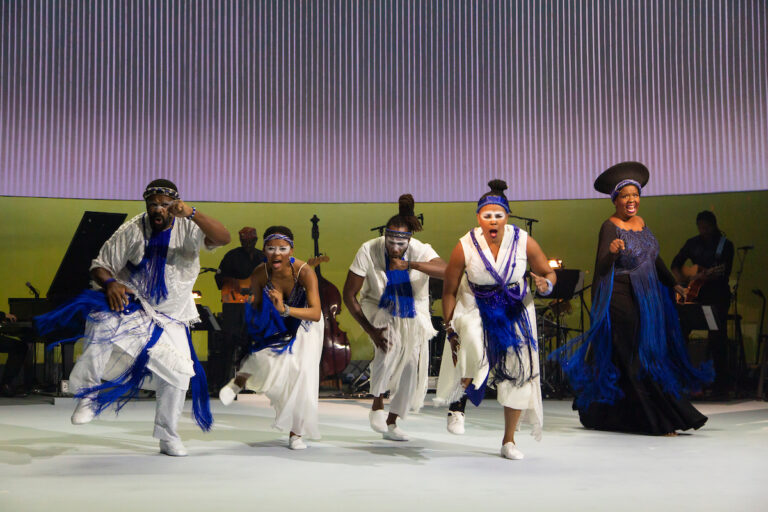 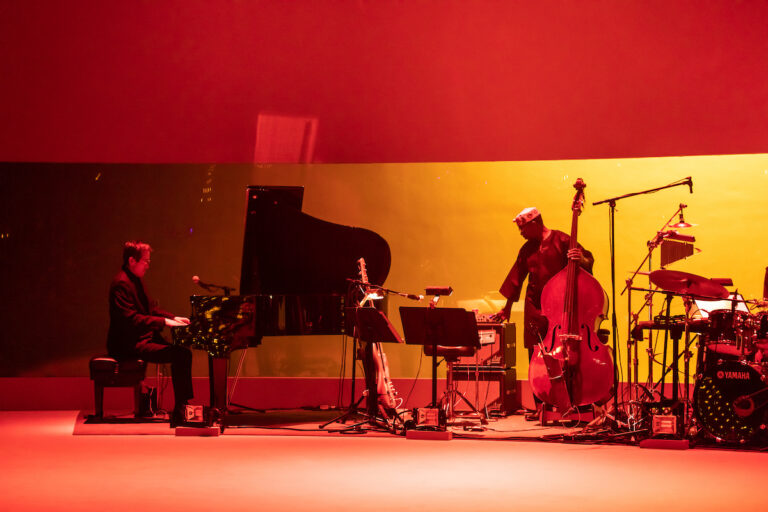 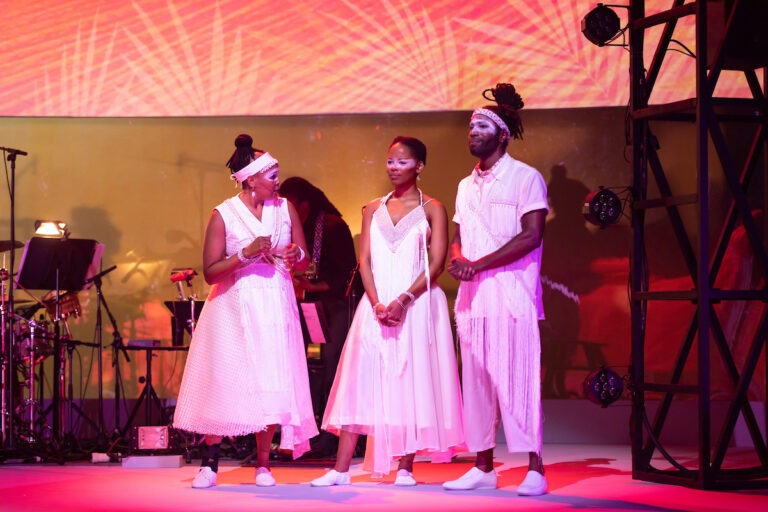 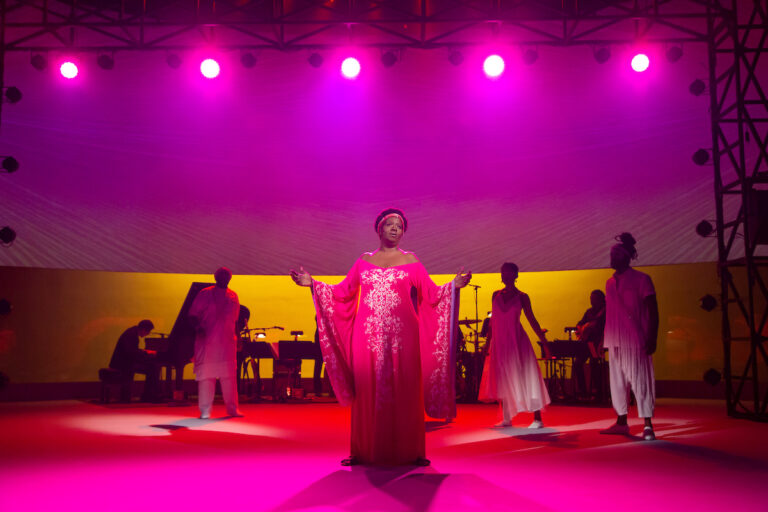 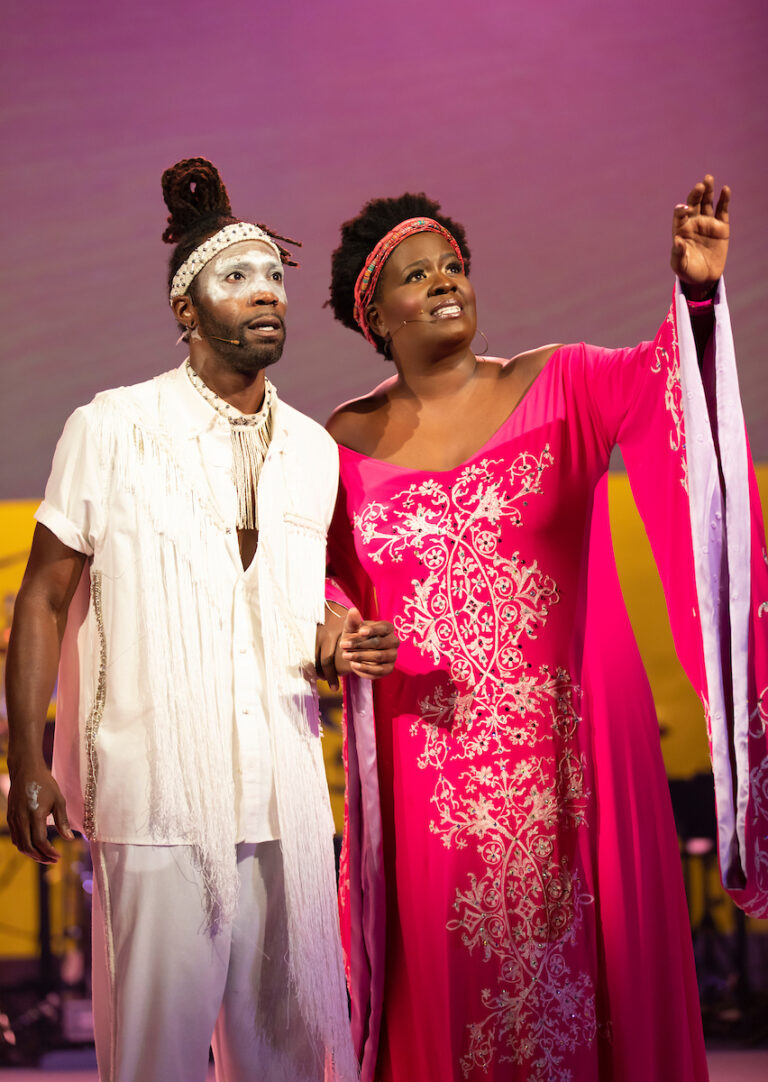 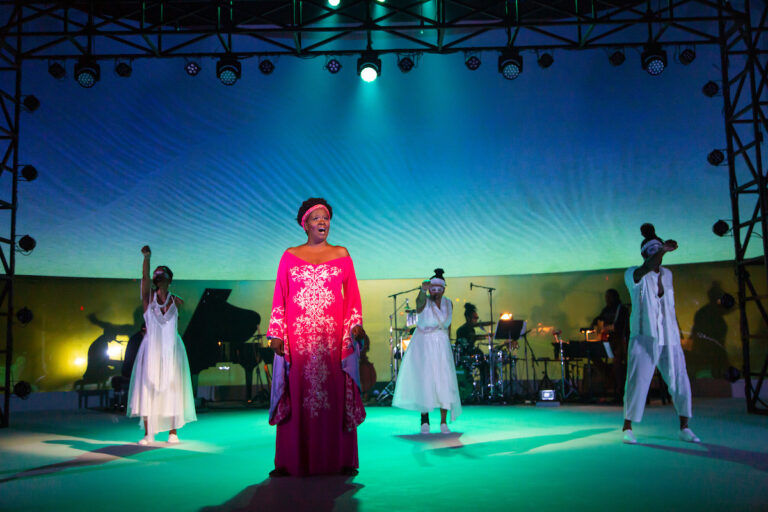 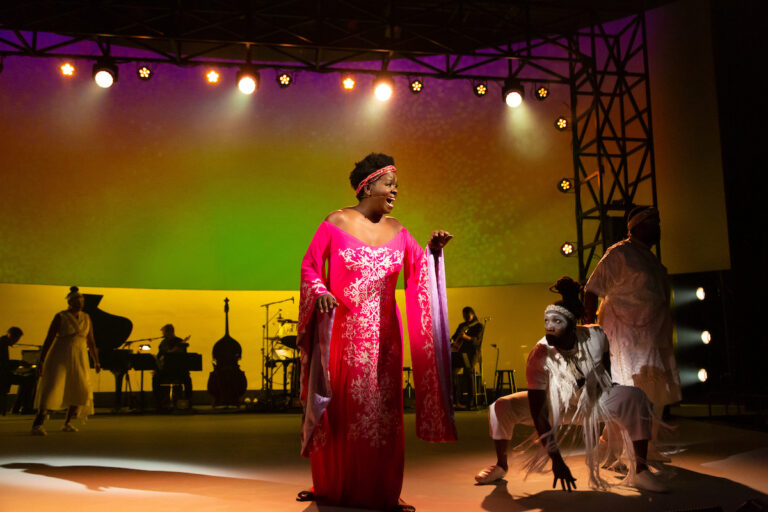 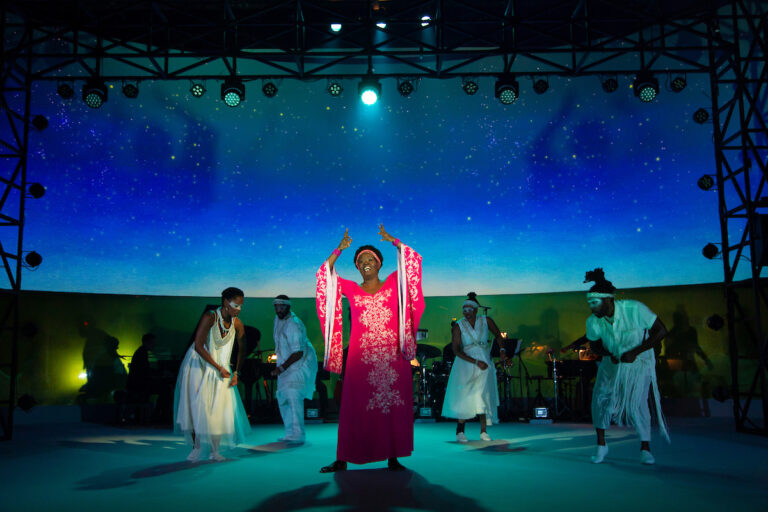 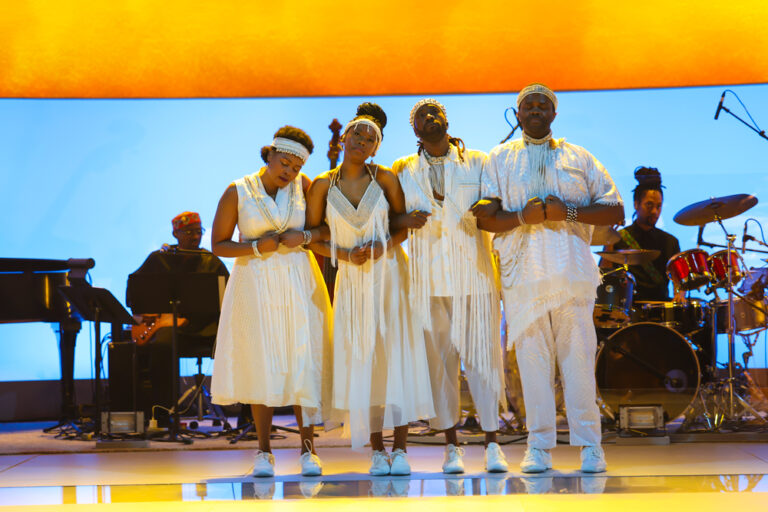 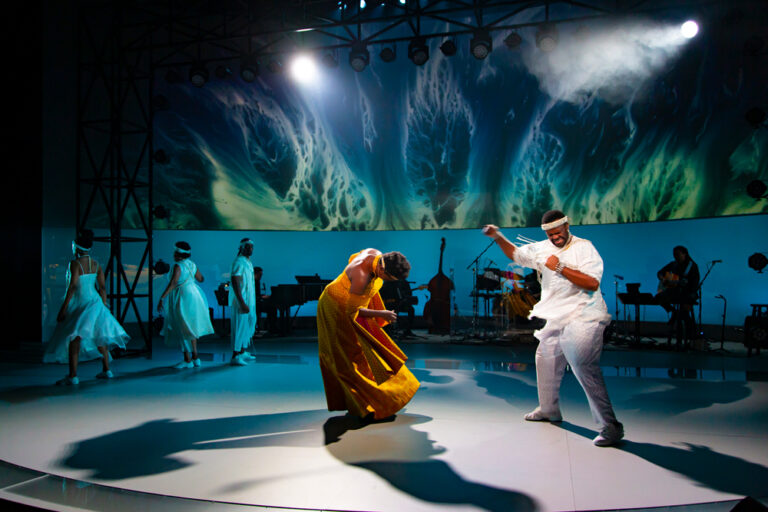 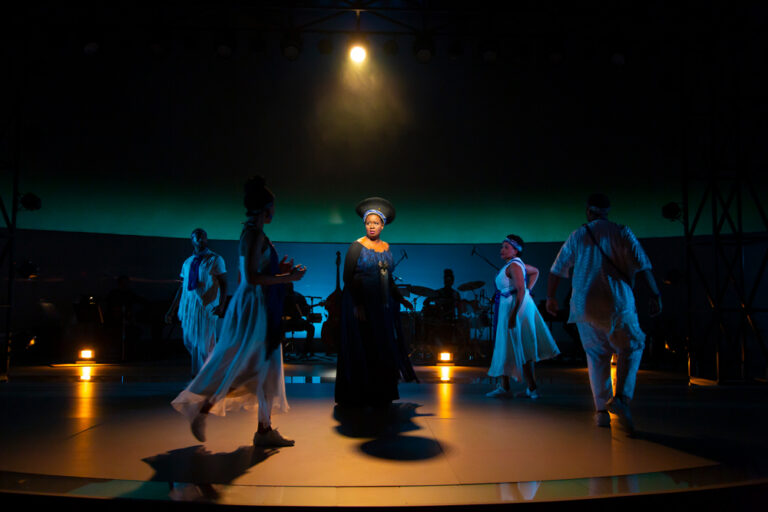 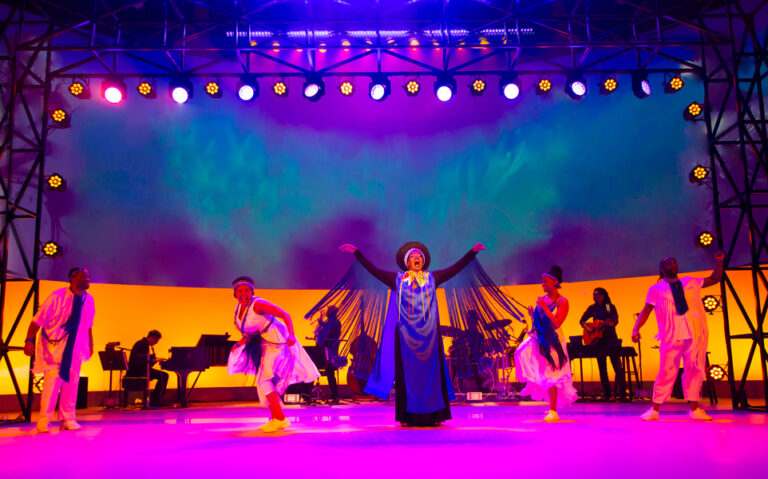 On March 4, 2022, GRAMMY-nominated vocalist and songwriter Somi will release her new album, Zenzile: The Reimagination Of Miriam Makeba, a celebration of the late Makeba’s invaluable musical contributions and messages of social justice. Pre-order/pre-save the album below!

“Dreaming Zenzile” is an unmissable triumph of theatrical imagination.

“Dreaming Zenzile is a MASTERPIECE IN MUSICALITY… I have never seen Miriam Makeba perform, but I can say with awe that I’ve seen Somi Kakoma. I urge you all to do the same.” 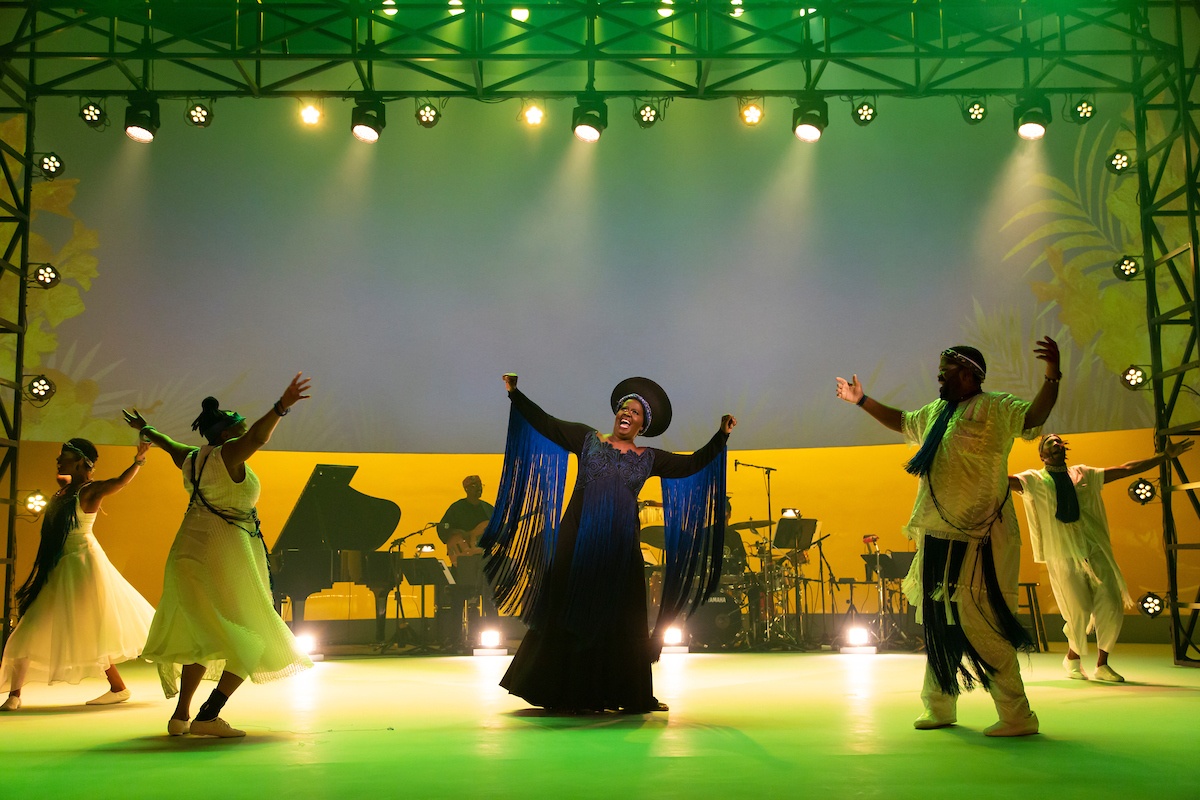 Kicking off our live theater productions in 2022 is the world-premiere tour of Dreaming Zenzile, written and performed by GRAMMY®-nominated music sensation Somi. Join the conversation and let us know...

“Bravo for Dreaming Zenzile: great cast and amazing story of the career and life of Miriam Makeba.”

“Just saw Somi in Dreaming Zenzile…AWED by her wondrous talent, what a gift!”