William Shakespeare had one son: Hamnet. The young boy never knew his famous father, but in this riveting tour-de-force from Ireland, Shakespeare’s only son finally takes center stage. How do our dreams impact our families? Do adults really have it all figured out? Or are we blind to what we could have done better until it’s too late? In Hamnet, a commanding performance from a young actor confronts what it means—and what it costs—to be great. In this moving, meticulous, multimedia wonder, ambition clashes with family responsibilities in a way that rivals the stakes of a great Shakespearean tragedy.

This U.S. Premiere of Hamnet will be Boston’s only chance to see Ollie West perform as the 11 year old lead character—a role literally written for him. West performs SEP 20 – SEP 30, after which we’ll welcome the talented Aran Murphy to take over the role for the final four performances OCT 3 – 7.

Parental Advisory: One scene in this production contains some nudity of a non-sexual nature.


DEAD CENTRE was founded by Bush Moukarzel and Ben Kidd in Dublin in 2012. Their first project Souvenir was created for Dublin Fringe Festival 2012 with guest performances following in 2013 in London and New York. LIPPY premiered in 2013 in Dublin and has since travelled to New York, Edinburgh, Glasgow, the Young Vic in London, and Schaubühne in Berlin. It was winner of the Irish Times Theatre Award for Best Production, a Fringe First, a Herald Angel, a Total Theatre Award and two OBI Awards. Chekhov’s First Play premiered in late 2015, and has played in the Schaubühne, Mayfest (Bristol), Baltoscandal, TnBa (Bordeaux), Theatre Vidy and Brisbane Festival. Their most recent project, Hamnet, premiered at Schaubühne in F.I.N.D. Festival in April 2017.OLLIE WEST first worked with Dead Centre on the development of Chekhov’s First Play when he was eleven. When Bush decided not to cast a child for the full production, he made a promise that they would work together some day. The following year he wrote Hamnet for Ollie. They premiered at the Find Festival at the Schaubühne in Berlin and toured to Noorderzon Festival, Holland, Tramway in Glasgow, Dublin Theatre Festival and Southbank Centre in London. He was nominated for Best Actor in the Irish Times Theatre Awards 2018.This is ARAN MURPHY’s first professional play. He loves acting and football, he supports Liverpool. 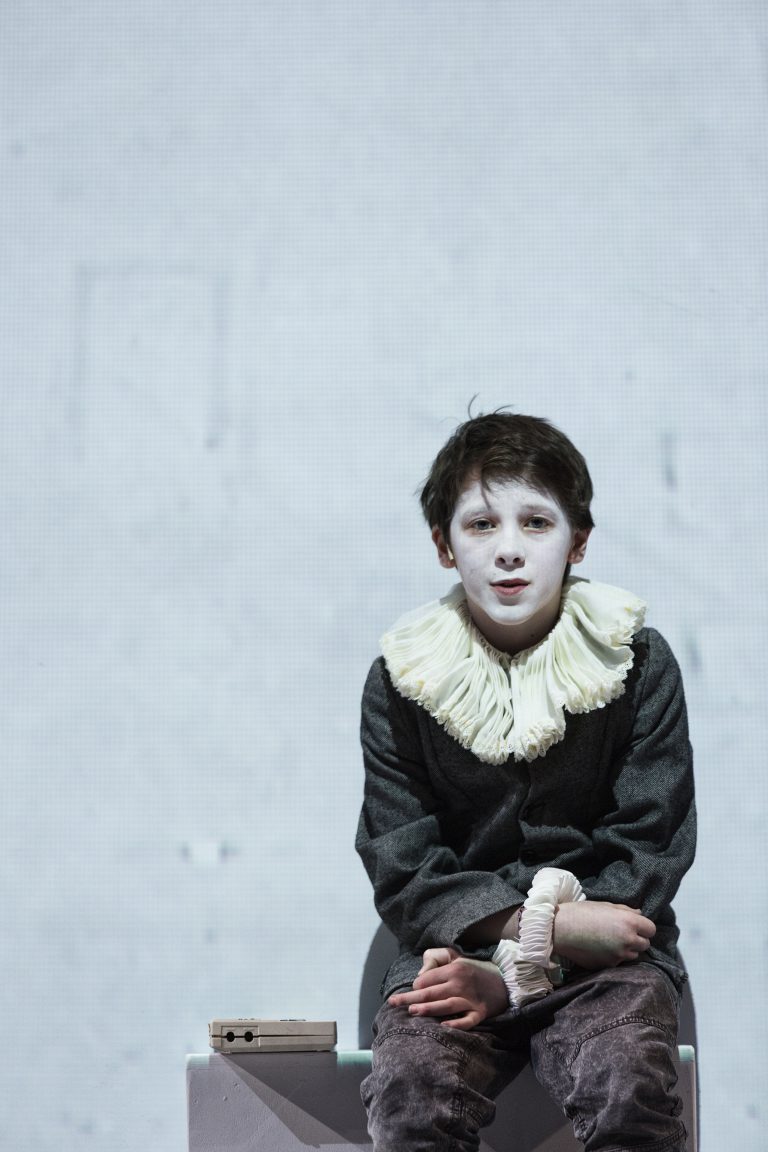 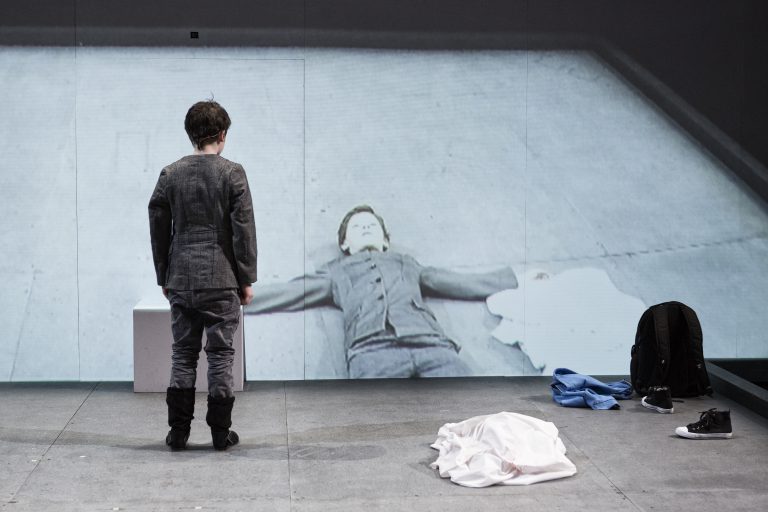 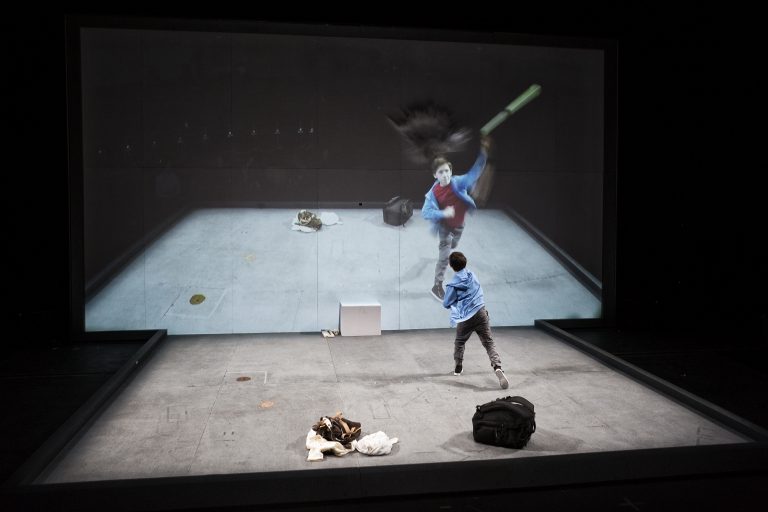 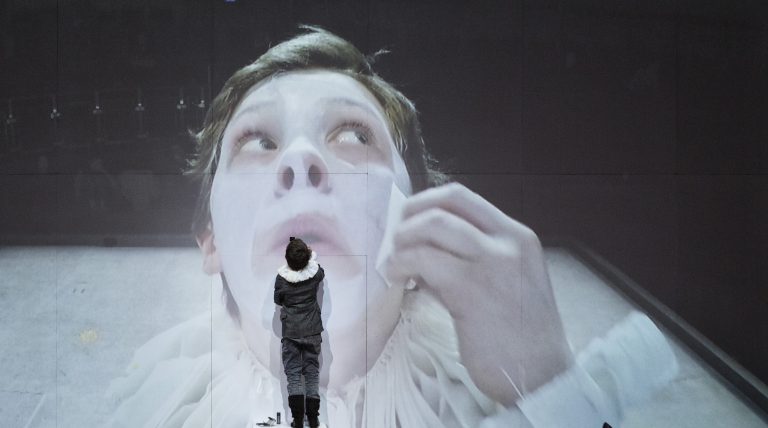 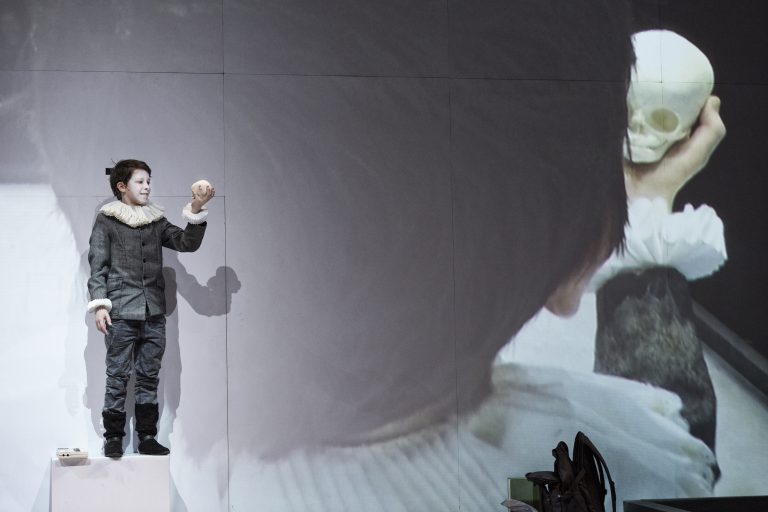 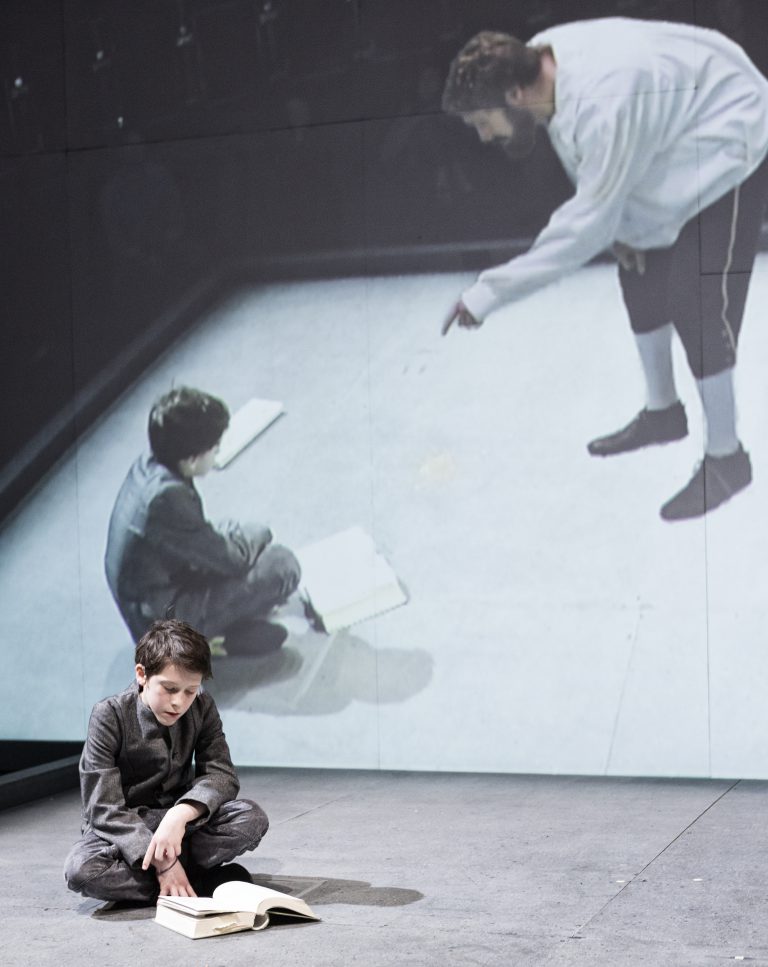 “I still find it hard to believe that an eleven year old did that all practically on his own. Not many could have pulled off doing an hour-long show with hardly any set, a limited amount of props and practically no time off stage. But Aran Murphy did it…”

“A captivating turn from 14-year-old Ollie West. Watching him, one has the sense of seeing a very starry actor in the making.”

“Brilliantly written, and a extraordinarily creative staging from Dead Centre, Hamnet is one of the most riveting works to come out of Ireland in recent years.”

“Extraordinary production of grief, fatherhood, and the shadow of those we love and miss.”

“Hamnet has been earning raves around the world and Boston audiences should not miss this opportunity to see it.”

“The play is a one man show or rather a one boy show…Ollie West threw all my assumptions about a one person show out the window…[He] was excellent as Hamnet.”

“Hamnet is the epitome of pre-teen candor and angst: an honest portrait of a hurt yet devoted son.”

“Full of a passionate intensity”

“A fascinating, one-of-a-kind play that strikes at a universal sense of longing.”

“Hamnet is a must see. There were a lot of metaphors, and they got me right here [tapping his heart]”

— Yana, from the blog

“It was otherworldly and so beautiful!”

“It was amazing, I want to see it again.”

“What a great performance, loved the video effects.”

“I came because I thought it was a clever idea to use Shakespeare’s son to tell a different story about him. I left with far more than that story — with so much to think about. What a great performance, loved the video effects. And, one hour — yay!”