“It absolutely pierces the heart.”

Everything is reversible, including the past.

In the summer of 2016, Cuisine & Confessions wowed Boston audiences nightly with The 7 Fingers’ trademark acrobatic and choreographic prowess combined with on stage cooking. Now, the company returns with Reversible, a whimsical and vibrant U.S. premiere where eight virtuosic performers travel through time and space to honor their elders. Reversible represents the best of contemporary circus by shining a spotlight on the poetry of the human form and linking every ending to a new beginning. Through an electrifying mix of theatre, illusion, dance, music and acrobatics, Reversible is dedicated to past generations whose stories might hold the key to a better tomorrow. 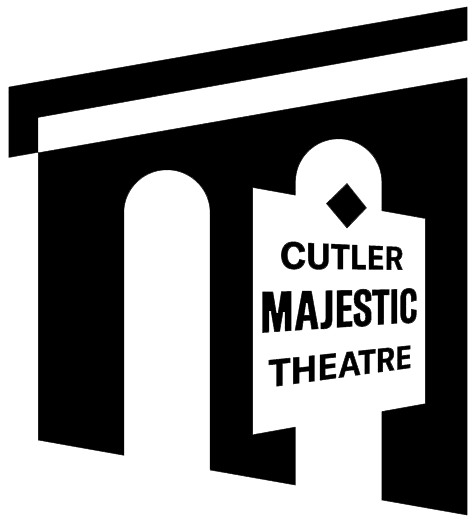 
Founded in Montreal in 2002, seven circus artists came together and became The 7 Fingers, creating original productions, Broadway shows, artistic collaborations, Olympic ceremony performances, immersive performance experiences and much more. Ambassadors of diversity and fascinated by the human condition, The 7 Fingers create performances that speak about the world and our time.

Les 7 doigts de la main translates literally as “the 7 fingers of the hand”. It is a twist on a French idiom (“the five fingers of the hand”) used to describe distinct parts united tightly, moving in coordination towards one common goal. Here it refers to the 7 founding directors of the company (Isabelle Chassé, Shana Carroll, Patrick Léonard, Faon Shane, Gypsy Snider, Sébastien Soldevila and Samuel Tétreault) who, by combining their distinct talents and experiences, work towards their common artistic goals with the beautifully awkward dexterity of a 7-fingered hand.

“This collective is founded by a core of artists and collaborators inhabited by the same vision and same spirit of cooperation and solidarity. Our intention is first and foremost to create. We wish to think outside the box, to innovate, surprise, and touch. We strive to create shows along the very scale and grandeur of human beings, in which viewers can easily identify with the artists. By integrating different art forms such as music, dance, theatre, visual arts, cinema, and electronic media, we propose a new perspective on the everyday. The extraordinary is hidden inside the wake of the ordinary. In addition to delighting audiences, we invite spectators to question their own perceptions of life and of reality, encouraging them to reflect on their own values and hopes.” – Isabelle Chassé, Shana Carroll, Patrick Léonard, Faon Shane, Gypsy Snider, Sébastien Soldevila and Samuel Tétreault 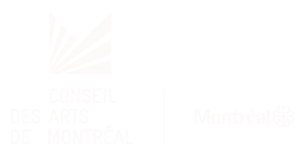 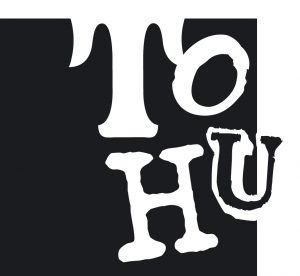 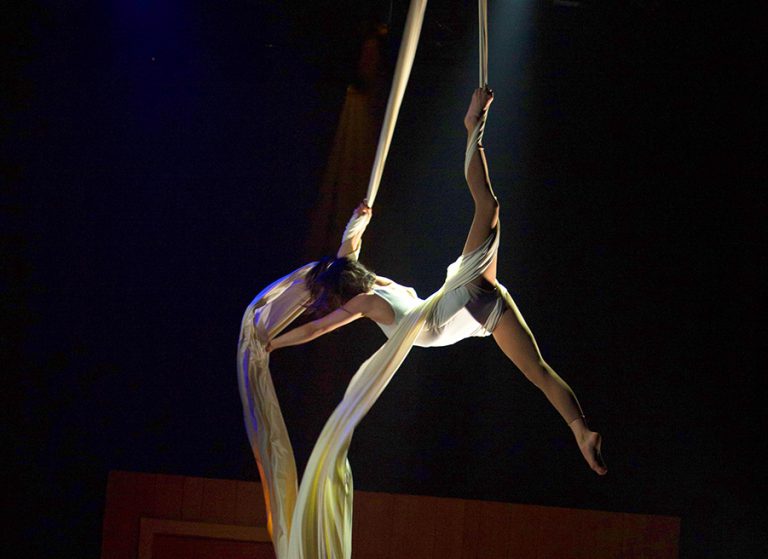 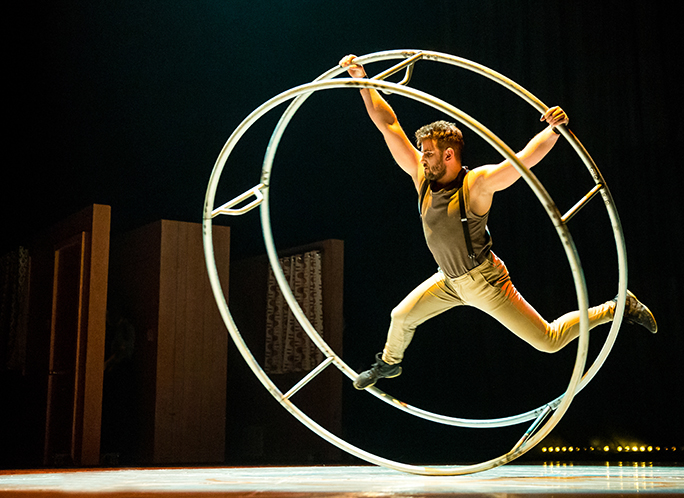 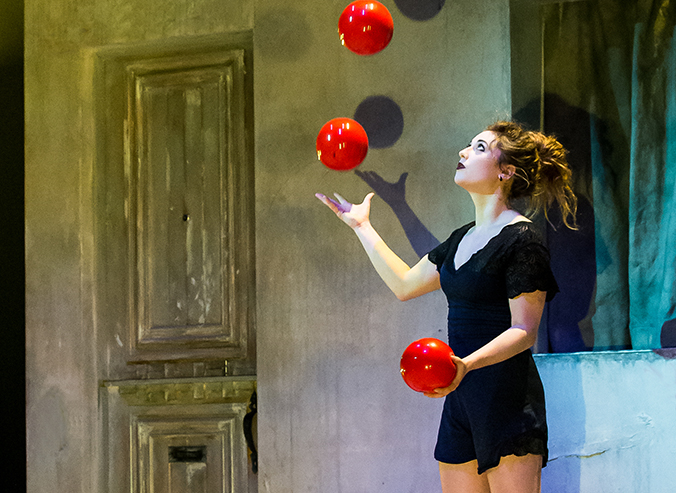 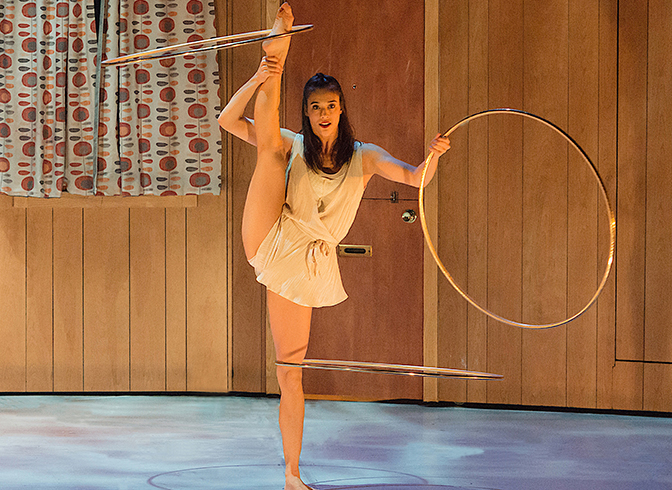 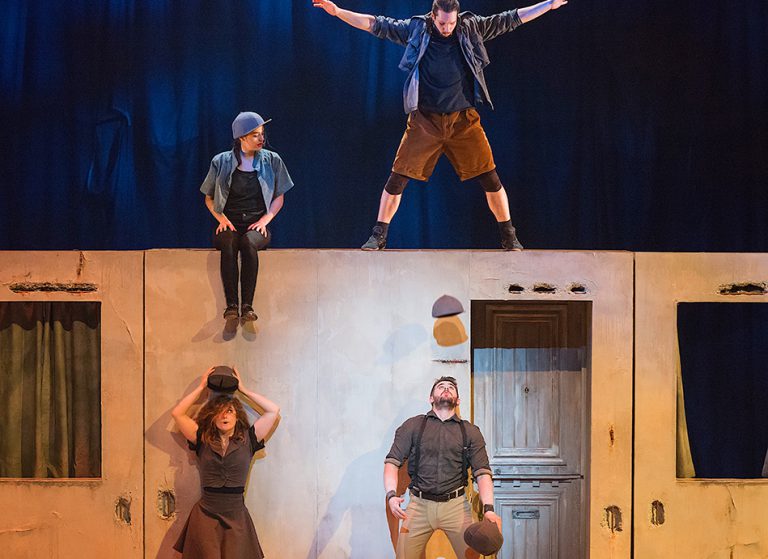 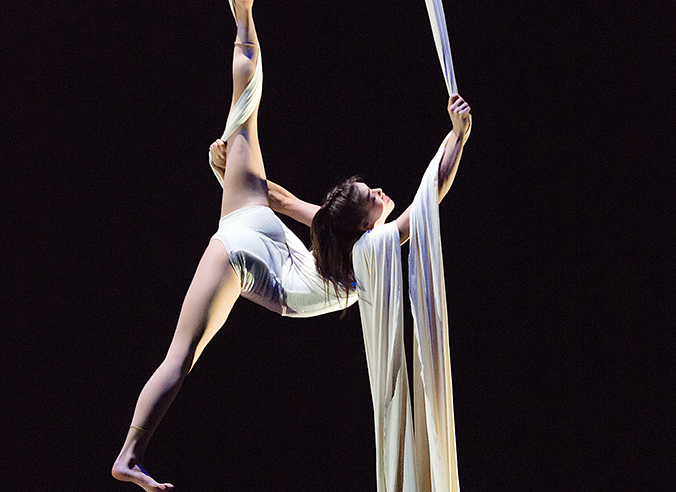 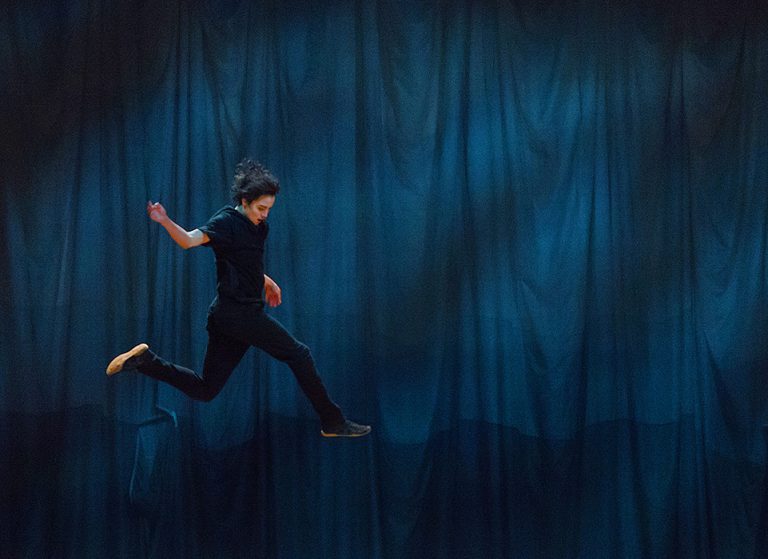 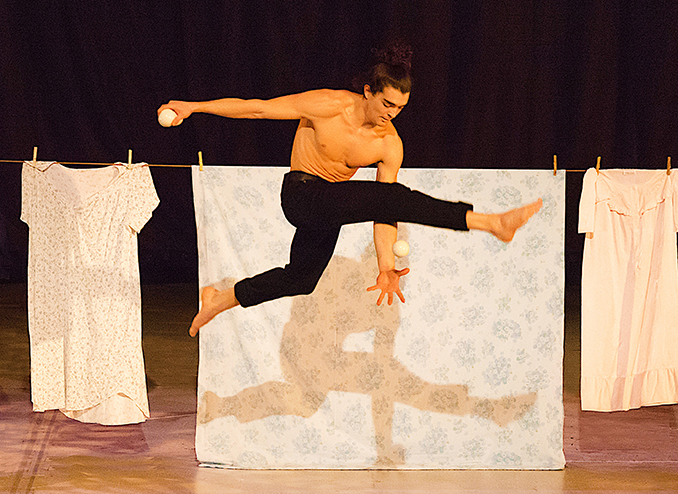 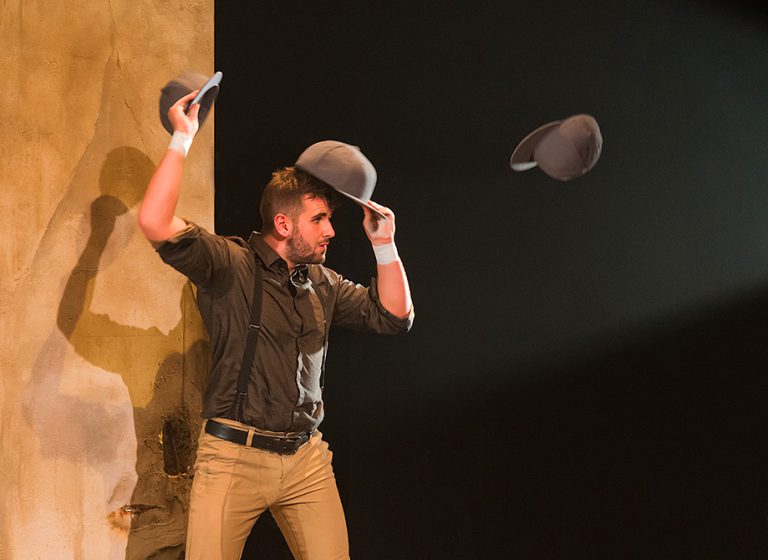 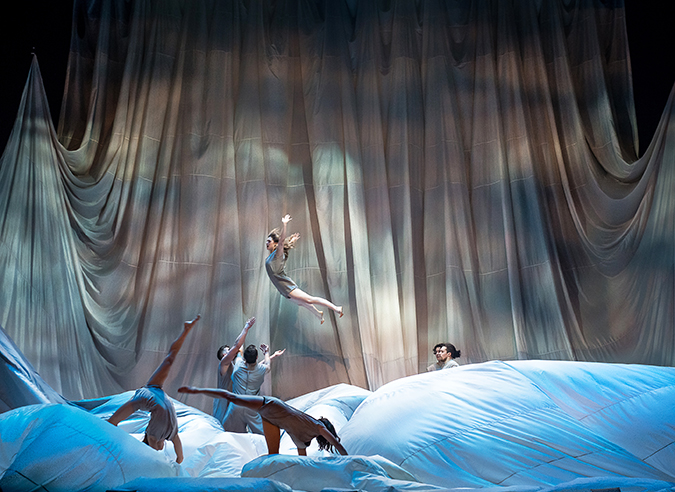 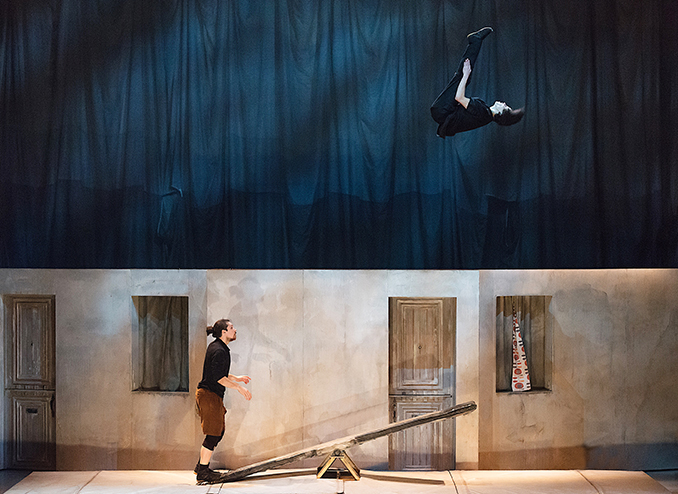 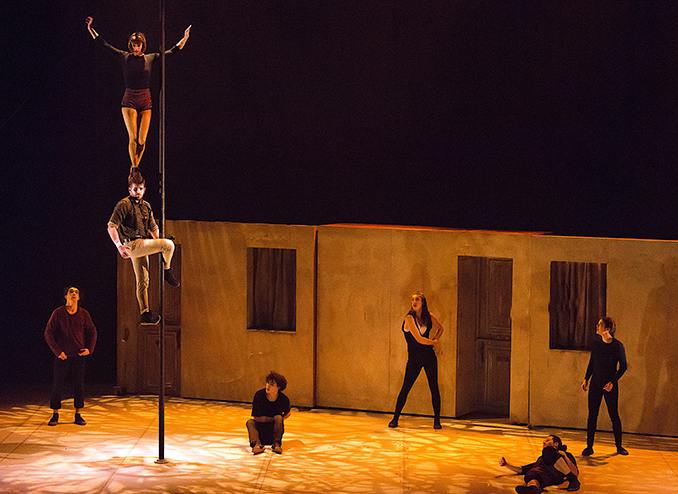 “The collective virtuosity of this troupe is something to see — and, crucially, to feel.

However stylized their poses and unattainable their skills (for us mortals, anyway), The 7 Fingers always make you feel like a welcome guest at their party. Theirs is a gratifyingly inclusive and democratic artistry.

It absolutely pierces the heart.”

“The 7 Fingers are always so innovative and inventive!

There is every reason to revel in Reversible!

It leaves you reeling…”

“There’s something very raw about circus.

Fully embraces a foundation of emotional connection and experimentation.”

“You’ll be stunned…an easy 5 stars and a must see.”

“An exquisitely conceived, choreographed and performed piece of acrobatic theater – touched lightly with narrative – by the ever-innovative Montreal circus troupe.

One of the best 7 Fingers performances…not to be missed.”

“The stories that the artists tell through their circus arts relate to who they are – and who we are – as human beings – on the outside and on the inside.

In performing death-defying acts offers hope in this season of political and social upheaval that our differences can be healed and our chasms can be bridged.”

“The emotion with which the troupe performs easily transfers itself to the audience, triggering an ever-increasing response to the jaw-dropping feats of strength, daring, and athleticism.

The overall effect…is to create a world of wonder, in which nothing seems impossible, in which the incredible becomes almost mundane.

“All were superb in their timing and execution from the moment the show began until its stunning finale ninety minutes later.”

“The artists captivate the audience”

Julien Silliau moves the German wheel with the performing ease of a Fred Astaire…Emi Vauthey demonstrates a kind of magical command of a trio of gold-colored hula hoops…The Seven Fingers deserve a well-extended hand.”

“A definite must see… great evening of thrilling and stylish production”

“There are no wires needed for the eight acrobats of Réversible as they hurl themselves through the windows and doors of three constantly revolving house fronts with Buster Keaton-like aplomb.

Its combination of spectacular circus, appealing fresh-faced personalities, goodnatured comedy and bittersweet invoking of lost loved ones make for a healthy alternative to the traditional Christmas glitz and glitter.”

“A finely tuned ballet. A good excuse to talk about your grandparents or your great-grandparents to your children.”

“What beauty! Run! A modern and poetic show where circus arts, music and dance coexist perfectly. This company, one that showcases Quebec around the world, is something to be proud of.”

“The circus troupe asserts more than ever its unique and by now unmistakable style.”

“A show filled with sweet softness and melancholy that speaks of the passing of time, of our ancestor’s legacies, and of our own quest to find our bearings.”

“A great work, intense and full of meaning”

“Accompanied by a superb soundtrack, Réversible takes the audience on an extraordinary journey, at once sensual and energetic, in which the past nourishes the present.”

“The show will speak to children just as, on different levels, it speaks to their elders. Here, resilient generations meet—generations who are able to break through walls to keep history in motion.”

“Phenomenally beautiful. The human body – stunning. Everyone see this.”