The Beauty Queen of Leenane

“STUNNING. McDonagh has a master’s hand at building up and subverting expectations in a cat-and-mouse game with the audience. You begin to feel nourished in ways you had forgotten were possible.”

Mother-Daughter dysfunction was never so thrilling. Or chilling.

In a small house in the mountains of Ireland, a lonely spinster locks horns with her house-bound, manipulative mother in a rage-filled battle of the wills. Written by Ireland’s most important, contemporary playwright – Martin McDonagh’s (The Pillowman, The Cripple of Inishmaan) – The Beauty Queen of Leenane is a subversive thriller that takes audiences through the twists and turns of the ultimate dysfunctional relationship, revealing what can happen when family ties go too far…way too far.Twenty years ago, the Druid Theatre Company’s production of The Beauty Queen of Leenane rocked America and Broadway; the show was nominated for six Tony Awards®, winning four. Druid returns with Tony Award® winning director, Garry Hynes’s remount of this spectacular production. Marie Mullen, who won the Tony for her performance as the daughter, returns this time in the role of the mother, while Aisling O’Sullivan takes the role of the daughter. Once again, audiences will have the opportunity to experience this masterful play.

2 hours 17 minutes including one intermission


Druid was founded in Galway in 1975 by graduates of the National University of Ireland, Galway, Garry Hynes, Mick Lally (1945 – 2010) and Marie Mullen – the first professional theatre company in Ireland to be based outside Dublin. The company has had two artistic directors: Garry Hynes (1975–91 and 1995 to date) and Maelíosa Stafford (1991–94).Druid has always seen itself as a theatre for Ireland and since its foundation has been at the forefront of the development of Irish theatre. Touring the length and breadth of Ireland is an essential part of the company’s mission and Druid passionately believes that audiences have a right to see first class professional theatre without having to travel long distances outside their own communities. The company has toured to every nook and cranny in Ireland as well as touring to key global centres around the world including UK, America, Canada, Australia, New Zealand and Japan, making Druid one of the best-known Irish theatre companies in the English-speaking world.Since 1979, the company has had its own theatre on Druid Lane in Galway. The theatre is the birthplace of all the work and continues to serve as a facility for the promotion and development of the arts in Galway.

Here All Night and Hello, Sam Redux 2016 are supported by Culture Ireland as part of the 1916-2016 Cultural Commemorations of the Easter Rising which led to Irish independence. 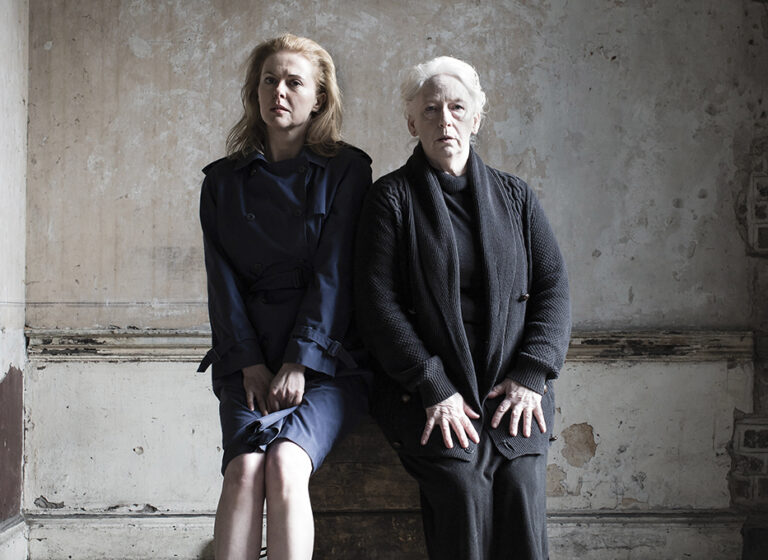 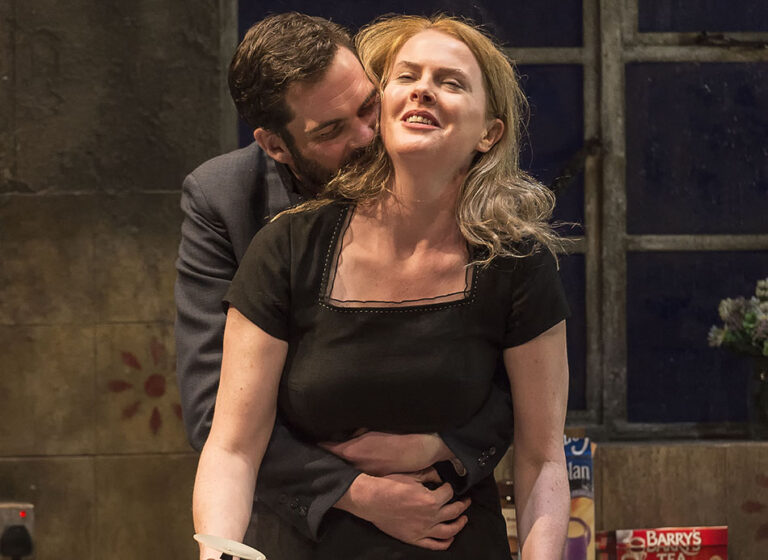 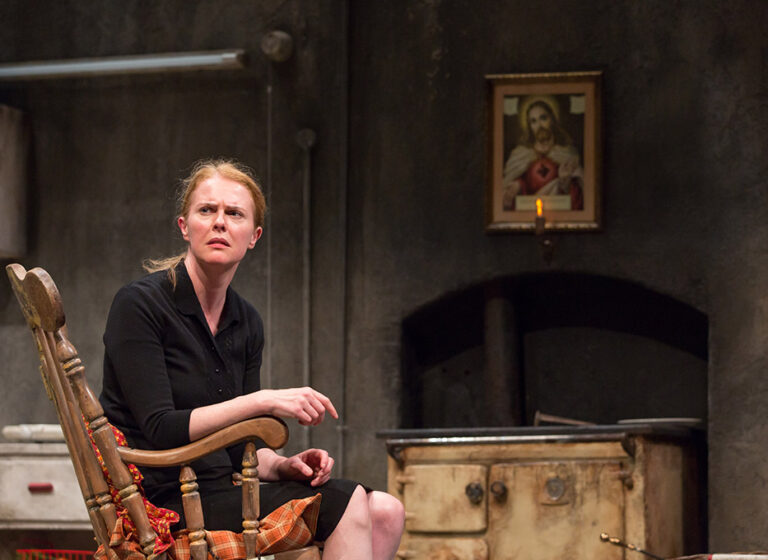 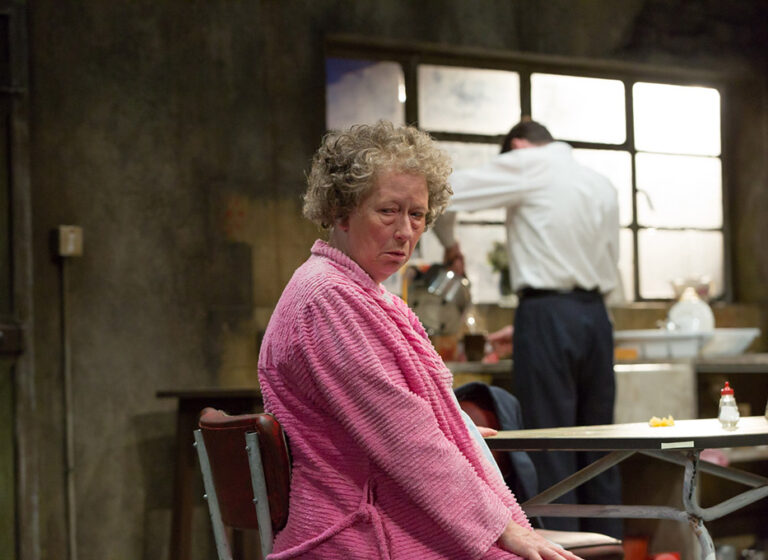 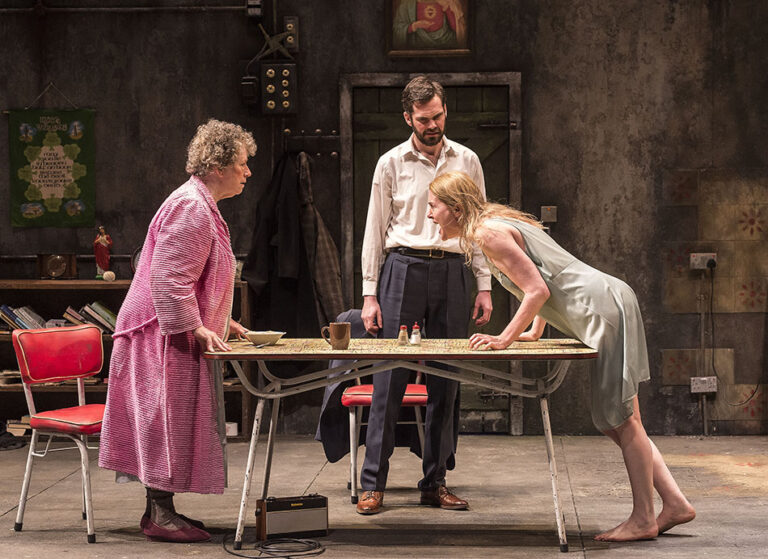 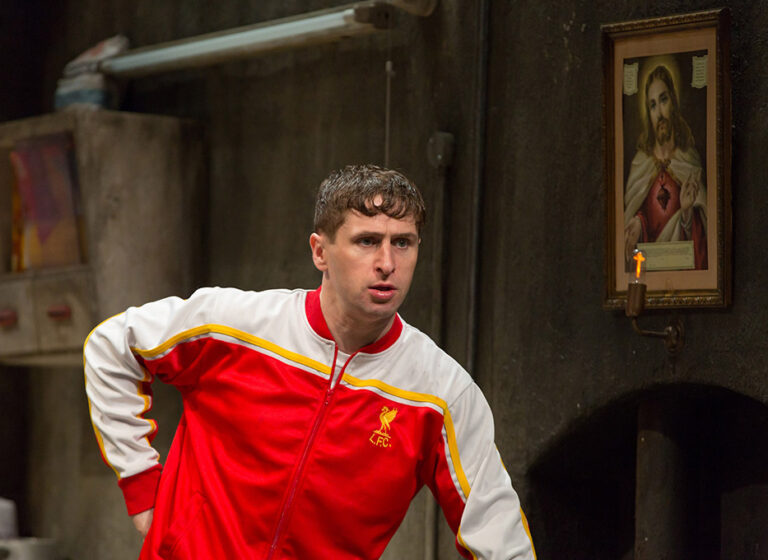 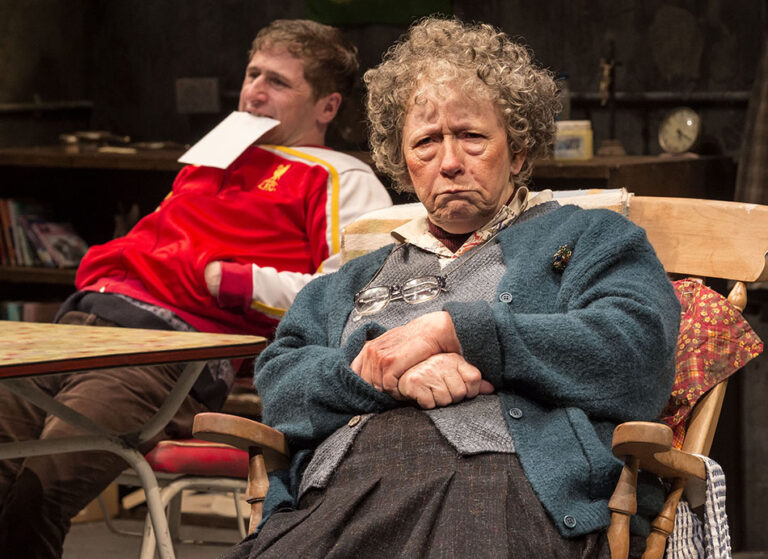 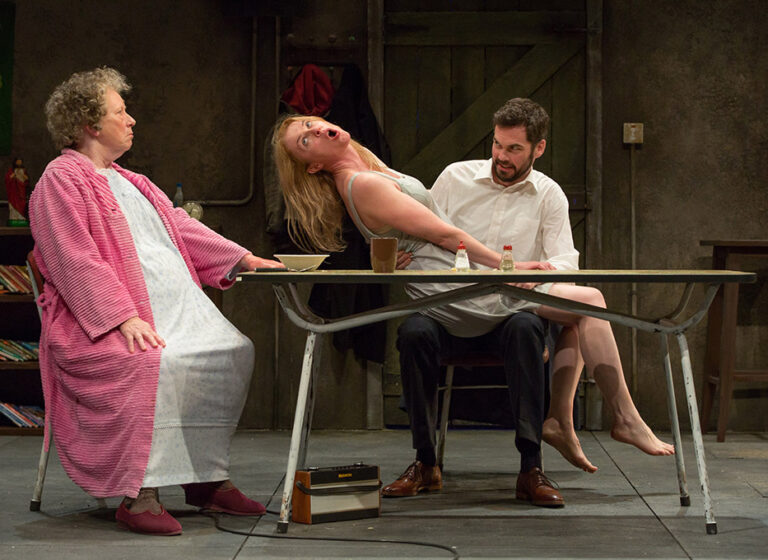 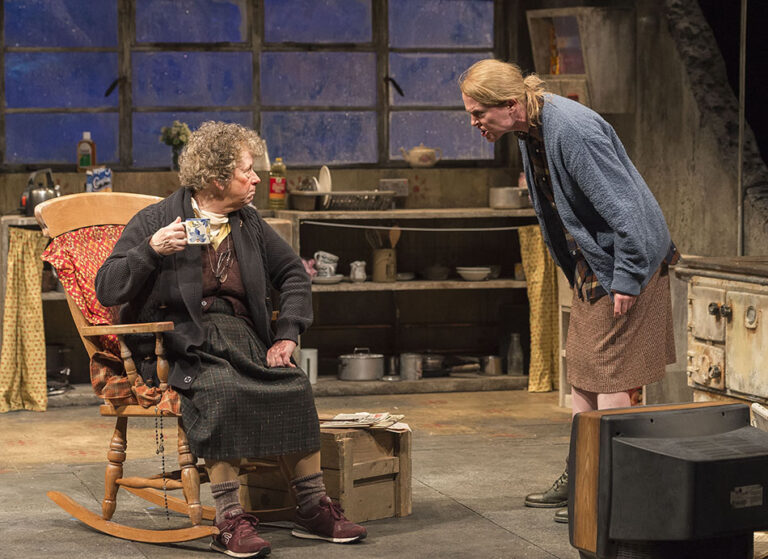 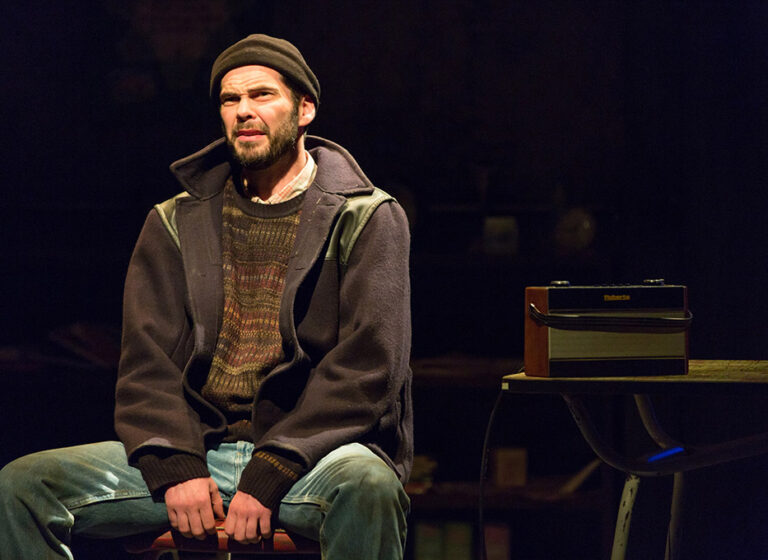 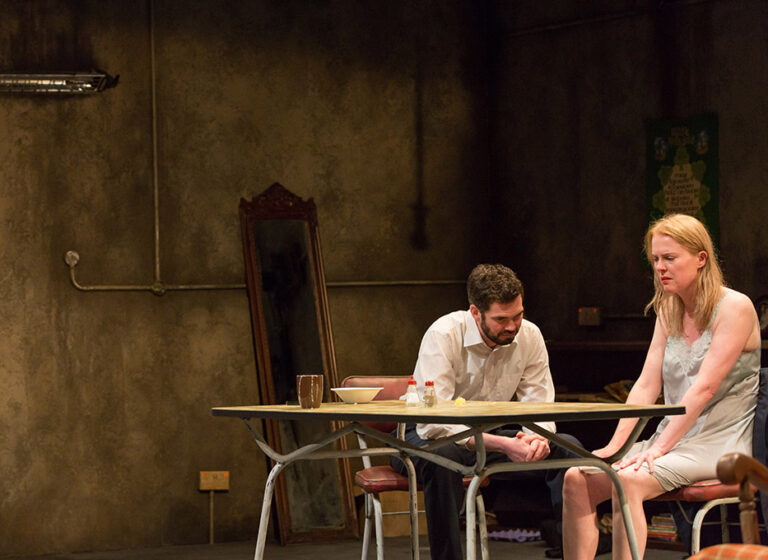 “Director, Garry Hynes, who demonstrates a knack for artfully keeping the audience off-balance and on edge.”

“Brilliant and absorbing and it will unnerve you.”

“’Beauty Queen’ revival is one mother of a show”

“Under Hynes’s expert direction, Mullen’s Mag is more mobile, spilling her persistent menace on everyone and everything in her path.”

“the direction by Tony winner Garry Hynes is just as brilliant as the acting.”

“Playwright Martin McDonagh is a master storyteller, and not a single line of dialogue is wasted, no matter how seemingly trivial.”

“The cast is extraordinary”

“This type of high wire act can only be accomplished with top notch acting and Druid gives it to us in spades.”

An “all-out battle of wits”

“A must-see for theater geeks”

“The acting is so elegant…[but] we are hit hardest by moments of hope, longing, dreaminess, and beauty.”

“Boston should welcome McDonagh and this production of his dark comedy with open arms.”

“The existential stakes are high for everyone, characters and audiences alike.”

“It is difficult to separately describe the performances of Mullen and O’Sullivan because they are so totally connected to their roles and to each other. Their capacity to convey the comedy within the tragedy is masterful, and Hynes’ direction allows the audience to catch a breath and relax with the laughs before the action slams them again.”

“The Beauty Queen of Leenane is the theatrical equivalent of eating a steaming, hearty bowl of beef stew on a winter’s night. You can sink your teeth into it, chew on its dramatic morsels, and walk away feeling sated.”

“The leadership team at ArtsEmerson is unparalleled in their genius for finding far-flung world class story tellers and bringing them to Boston for local audiences to enjoy.”

“An audience member who sits through this play without bursting into laughter, erupting with a gasp or two, and being moved to tears is simply not paying attention – to the script and to their heart.”

“Get ready for an emotional and psychological wallop.”

“Contrary to what Gilmore Girls would have you believe, mother-daughter relationships aren’t all brainy banter and mixups that can be resolved with quick-fire quips over coffee. Consider Irish playwright Martin McDonagh’s The Beauty Queen of Leenane, a drama that centers on a twisted mother-daughter duo, whose dysfunctional relationship is heightened by their isolation in a small Irish village.”

“Garry Hynes, the first woman to win a directing Tony (for her Beauty Queen staging in 1998), returns with her fearless Druid troupers for a solidly entertaining revival.”

“With these vibrant, lusty performers at the controls, the grim machinery of McDonagh’s amoral morality tale clicks into place: so ugly you can’t take your eyes off it.”

“Richly theatrical and satisfying. Every beauty queen should age so well.”

“A production that manages to be at once haunting and a whole lot of fun.”

“The production nails the strange simultaneity of hilarity, depression, and dread that distinguishes McDonagh’s writing”

“It’s artistic proof not only that the work has transcended the historical moment of its birth but that it packs the kind of universal staying power that can speak across generations.”

“This searing reimagining of that debut…makes it abundantly clear what all the fuss was about.”

“Under Garry Hynes splendid direction, the actors give sparkling performances, feasting on every word and action.”

“A tragedy that will make you roar with laughter.”

“An outstanding production that’s as witty as it is shocking.”

“McDonagh rides an improbable line between sophistication and folksiness, delivering a rare tragedy that contains more laughs than sobs”

“It’s quite a story directed and acted brilliantly by each cast member, that leaves audience members walking out of the theatre expressing out loud, ‘Wow, that was intense.’”

“STUNNING. You begin to feel nourished in ways you had forgotten were possible.”

“MCDONAGH HAS A MASTER’S HAND at building up and subverting expectations in a cat-and-mouse game with the audience.”

“Garry Hynes’ direction – tense, taut, toying with the melodrama until almost the end – is just right.”

“A world-class company rooted in the cultural fabric of Galway.”

“Hynes is not only a first-rate director. She has that mixture of the visionary and the pragmatic you find in all great theatrical pioneers.”