“Complex, intelligent and disturbing in the way art should be.”

Winner of Israel Theater Prize’s Best Original Play in 2012, Gilad Evron’s poetic and poignant examination of lives in conflict receives its North American premiere from Boston’s own Israeli Stage, featuring the acting talents of local favorites Jeremiah Kissel, Will Lyman and Karen MacDonald. With surprising humor and powerful insight, Ulysses on Bottles tells the story of two unlikely companions who meet in prison: an Israeli-Arab literature teacher nicknamed Ulysses and a successful Israeli-Jewish attorney who takes on his case pro bono. Combined, the perspectives of the two men illuminate the different reactions to Gaza. Evron wrestles with people living in separate realities where a life of privilege is pitted against one of deprivation, and the story of Ulysses raises profound questions about absolute morality and personal freedom.


ISRAELI STAGE is dedicated to sharing the diversity and vitality of Israeli culture through theatre. Since its Inaugural Season in 2010-11, Israeli Stage has produced over fifteen plays in translation by ten playwrights, exposing American audiences to Regional, American and World Premieres. In March 2012, Israeli Stage launched its first touring show and has since then toured extensively throughout the Northeast to over forty venues, including twenty-five academic institutions, holding talkbacks after every performance in the hopes of creating more nuanced dialogue around and about the Middle East. Israeli Stage has been profiled in The Boston Globe, The Improper Bostonian, The International Herald Tribune, Ha’aretz, The Washington Post and WGBH for the unique work they do to build cultural bridges between the United States and Israel. Israeli Stage is a 501(c)(3) nonprofit organization. www.IsraeliStage.com

Will Lyman as Seinfeld

“Does what first-rate theater is supposed to do — egg us on to deeper questioning.”

“‘It’s been amazing to see how effective our work has been. People have been so responsive.'”

“Not about politics but about humanity and our treatment of fellow human beings.”

“Highly recommended, but come prepared to be challenged”

“Israeli Stage’s glistening opener instantly stamps the young company as a unique and vital destination on the Hub theater map.”

With ‘Ulysses on Bottles,’ a leap for Israeli Stage 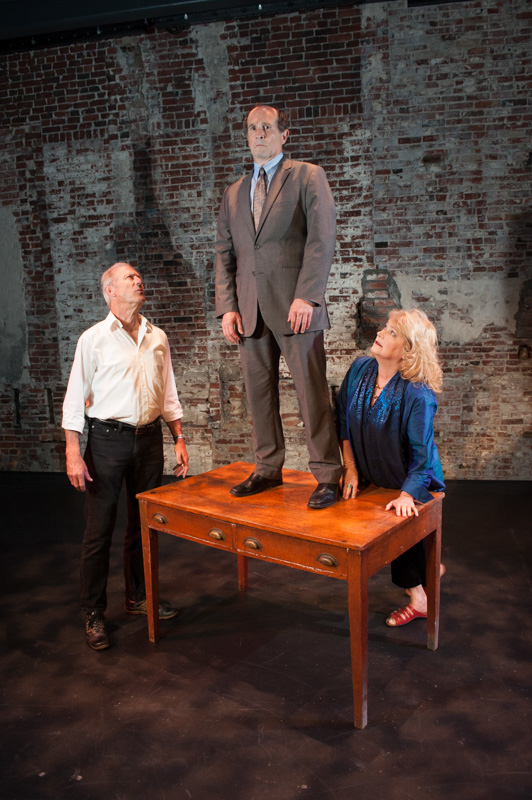 What Did You Think of Ulysses on Bottles

Thank for joining us for Israeli Stage's production of Ulysses on Bottles by Gilad Evron. We would love to hear your thoughts on the ideas of the production in the comments...