“When Angels Fall is a dystopia, a fiction of anticipation. To speak of the future is, I think, the best way to speak of the present.”

Finding hope at the end of the world.

This delightfully dark and entrancing theatrical premiere blends aerial circus, dance and cinema to explore how the beauty of letting go gives us the strength we need to rise. As a mesmerizing contortionist and aerialist herself, French creator and director Raphaëlle Boitel’s storytelling is singular, and her ability to transform space in the air to the ground with large scale illusions – and bodies streaming across the stage – is magical.

Drawing inspiration from such disparate artists as Pina Bausch, David Lynch and her longtime collaborator, James Thierrée, Boitel weaves a riveting tale of flightless angels surviving a global collapse, where the resilience of the human spirit is pitted against the sterile and mechanical. When one survivor refuses to settle into this bleak new universe, a rebellion ensues that threatens to turn a hopeless situation even worse. When Angels Fall is a mesmerizing feat of visual storytelling (no words are uttered on stage), that will summon laughter and awe even during the harsh descent from the heavens.

Raphaëlle Boitel began her career as a young girl when she and her family ran away to join the circus. A mesmerizing contortionist and aerialist, Ben Brantley of the New York Times called her “truly ravishing.” Noticed by Annie Fratellini, she joined the National School of Circus Arts Fratellini in 1992. From 1998 to 2010, she worked closely with James Thierrée in La Symphonie du Hanneton – The Junebug Symphony (French tour and international tour from 1998 to 2006), then in La Veillée des Abysses (2003 to 2010). She has since matured into a burgeoning director with a distinctive visual style and a dramatic spatial sense. Her storytelling is singular, her ability to transform space in the air to the ground with large scale illusions and bodies streaming across the stage is magical. American audiences were largely introduced to Boitel’s boundless talents in 2016 with her luminous directorial debut The Forgotten. The U.S. Premiere tour of When Angels Fall brings Boitel to Boston in February 2019. 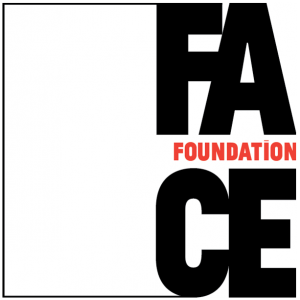 Supported by FACE Contemporary Theater, a program developed by FACE Foundation and the Cultural Services of the French Embassy in the United States with the support from the Florence Gould Foundation, Institut français-Paris, the French Ministry of Culture and private donors. Additional support for women artists has been provided by Fondation CHANEL. 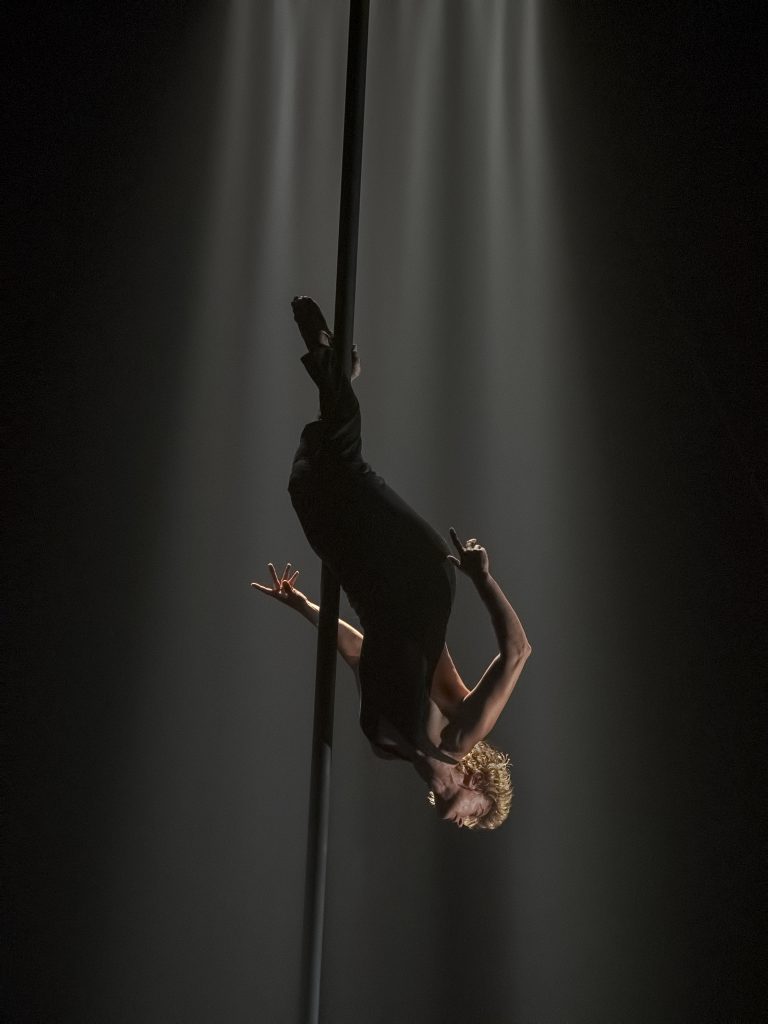 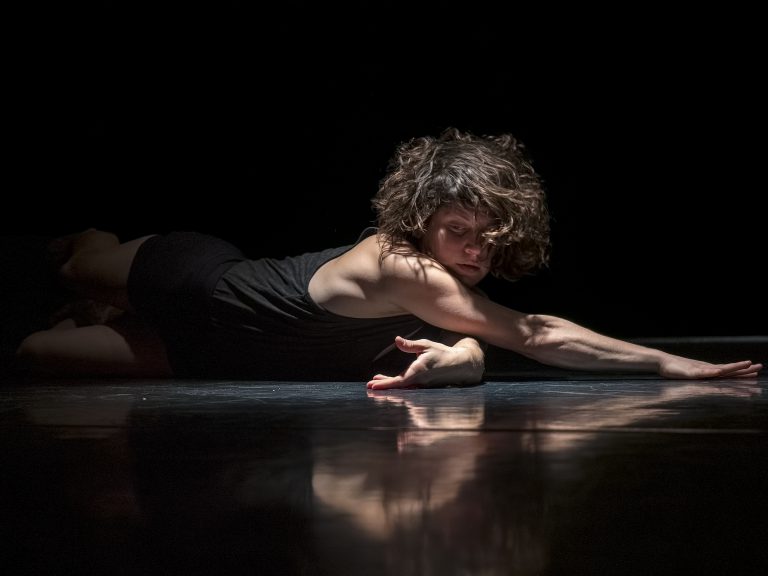 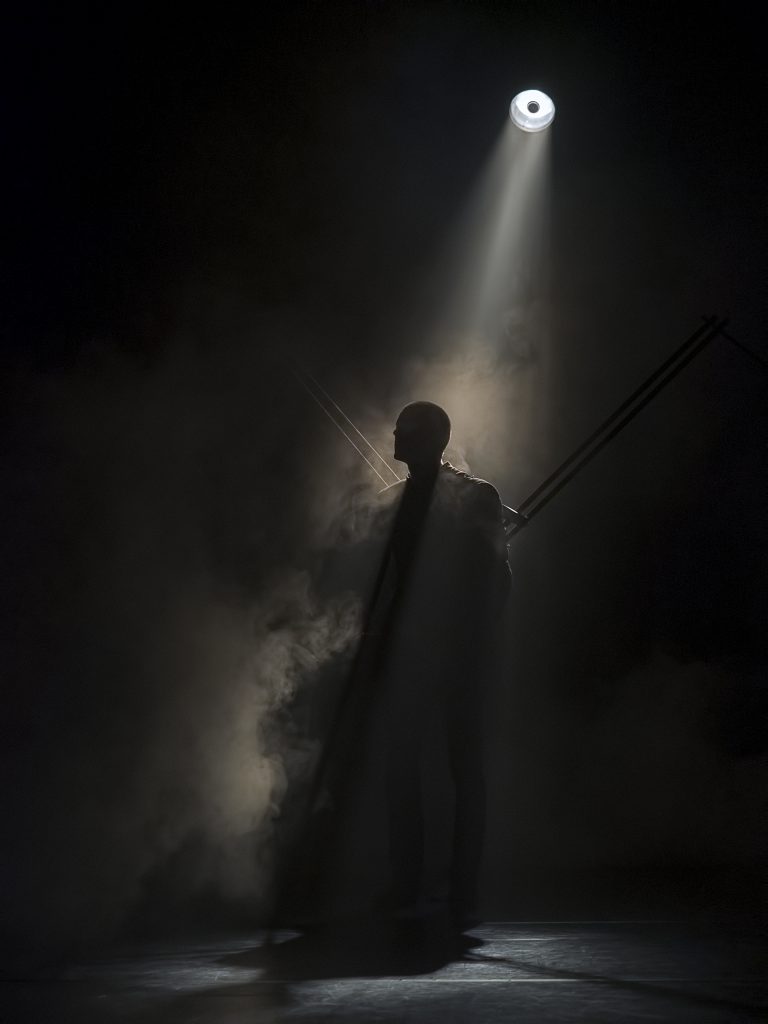 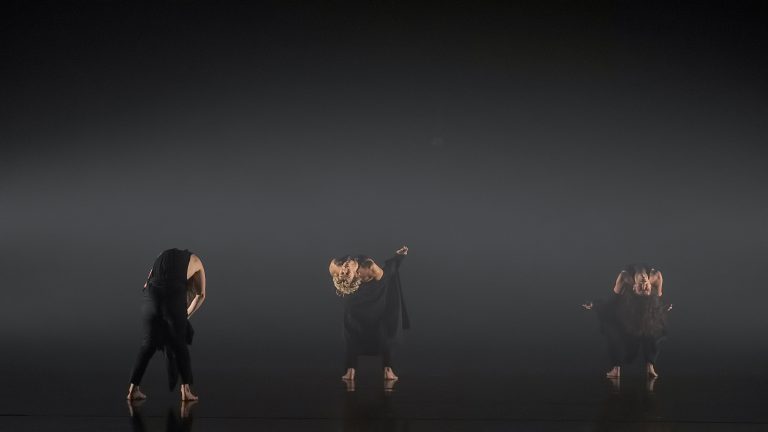 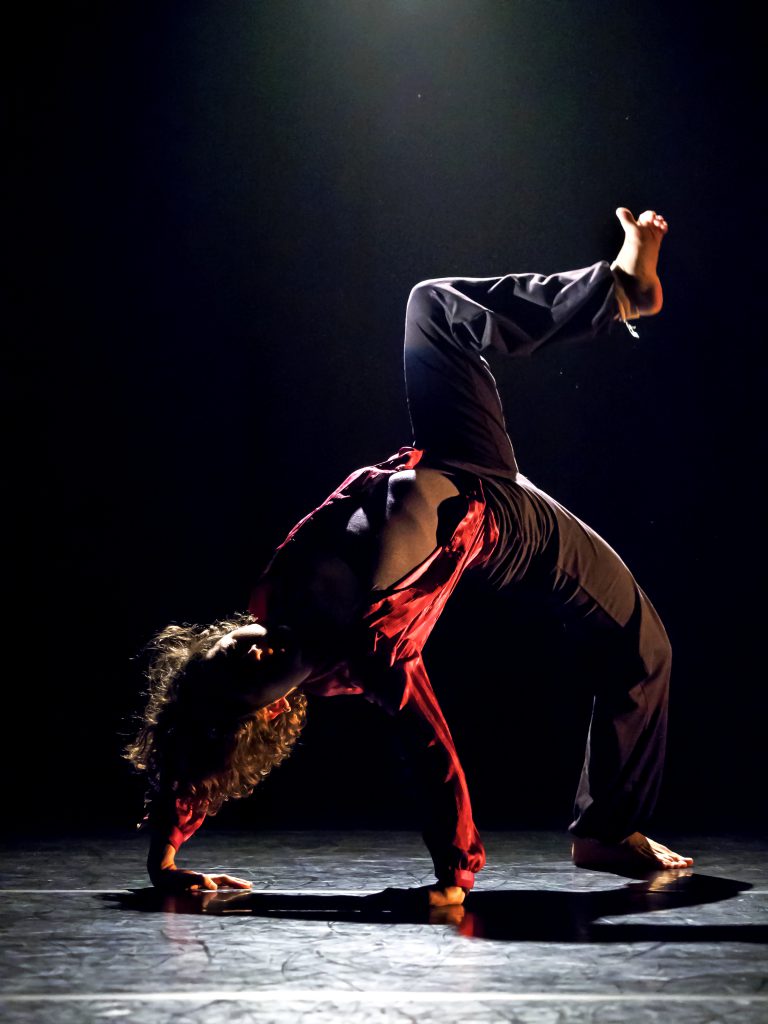 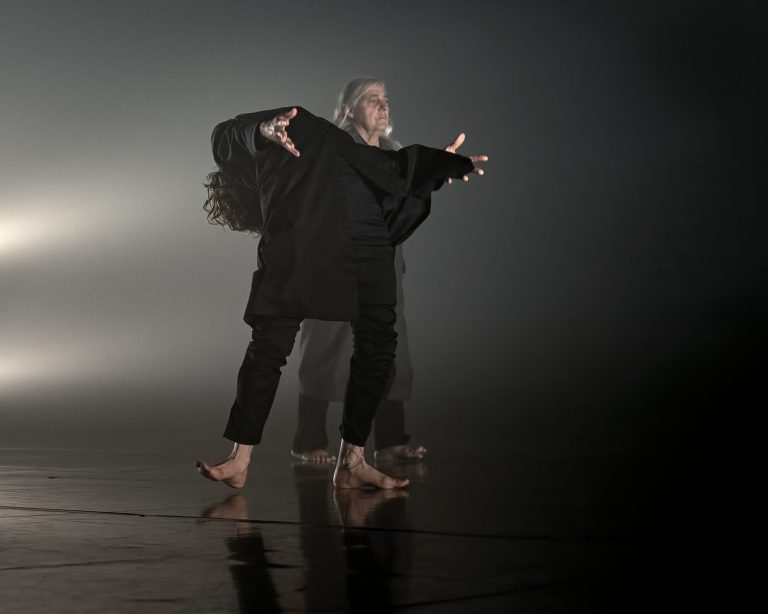 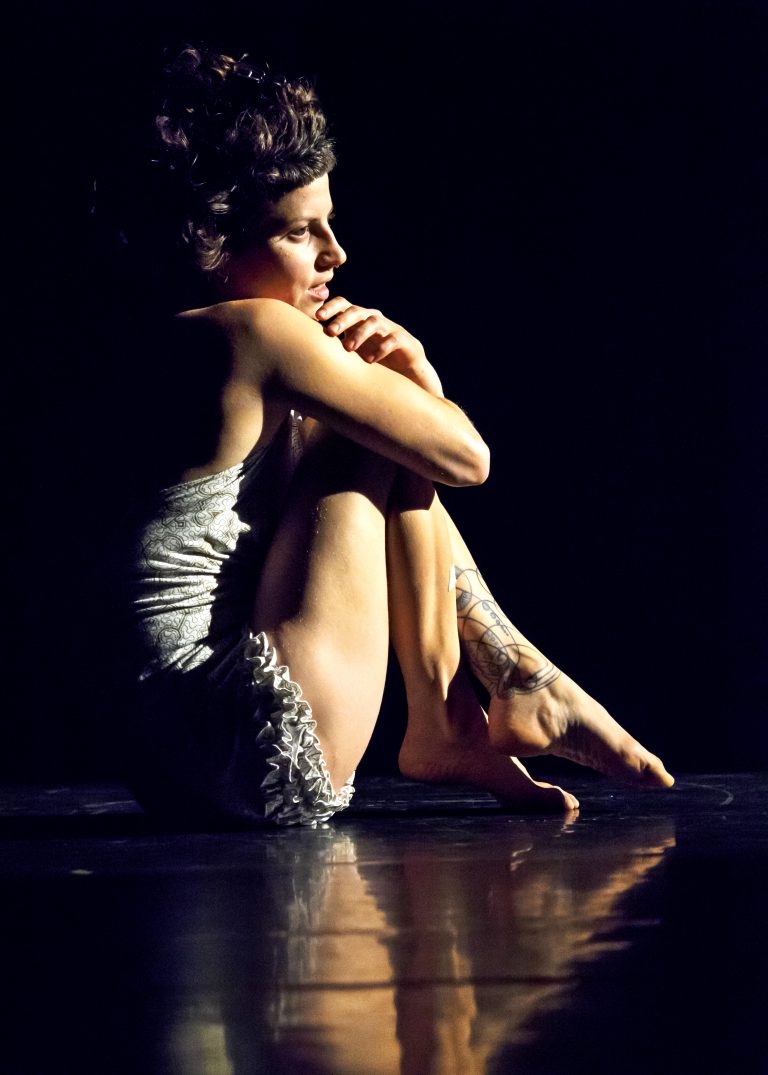 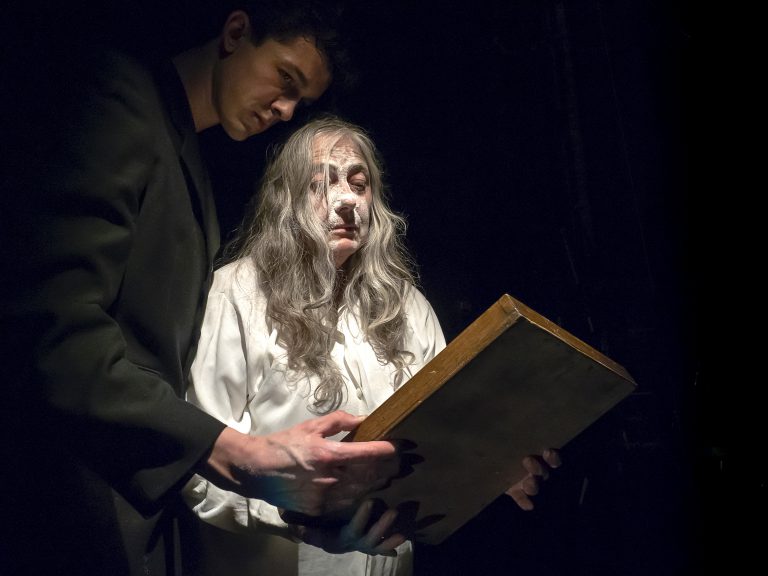 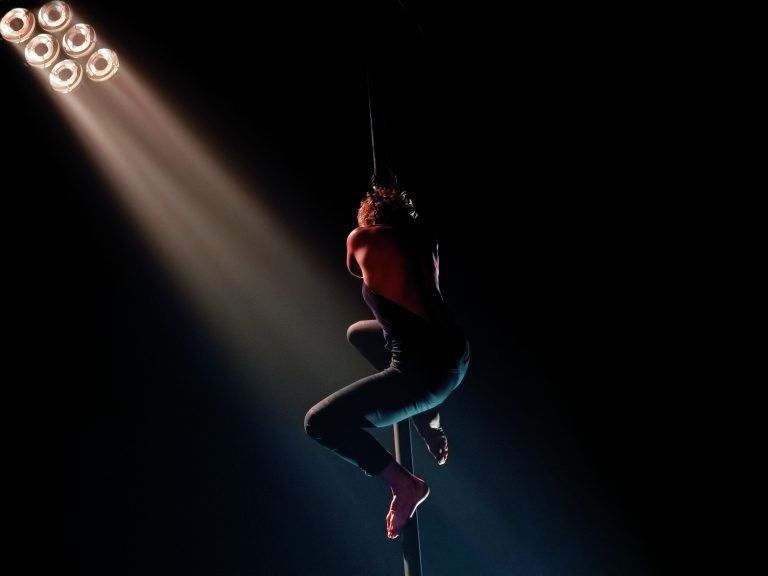 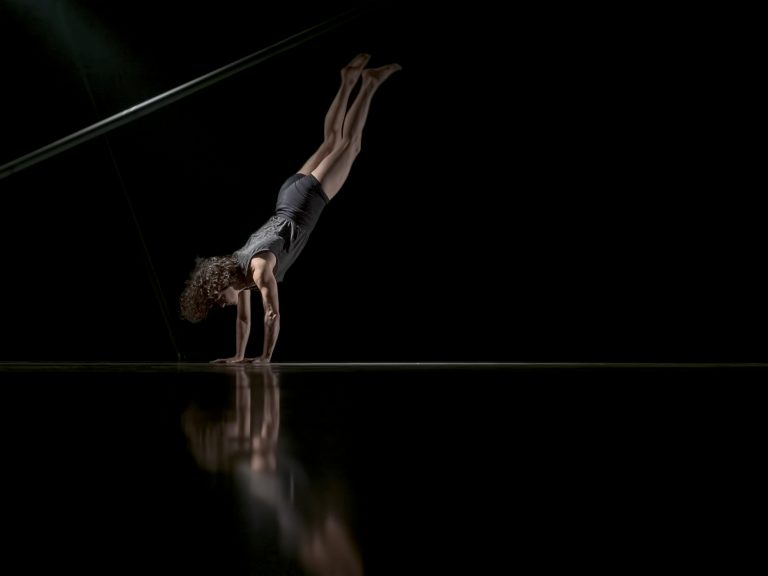 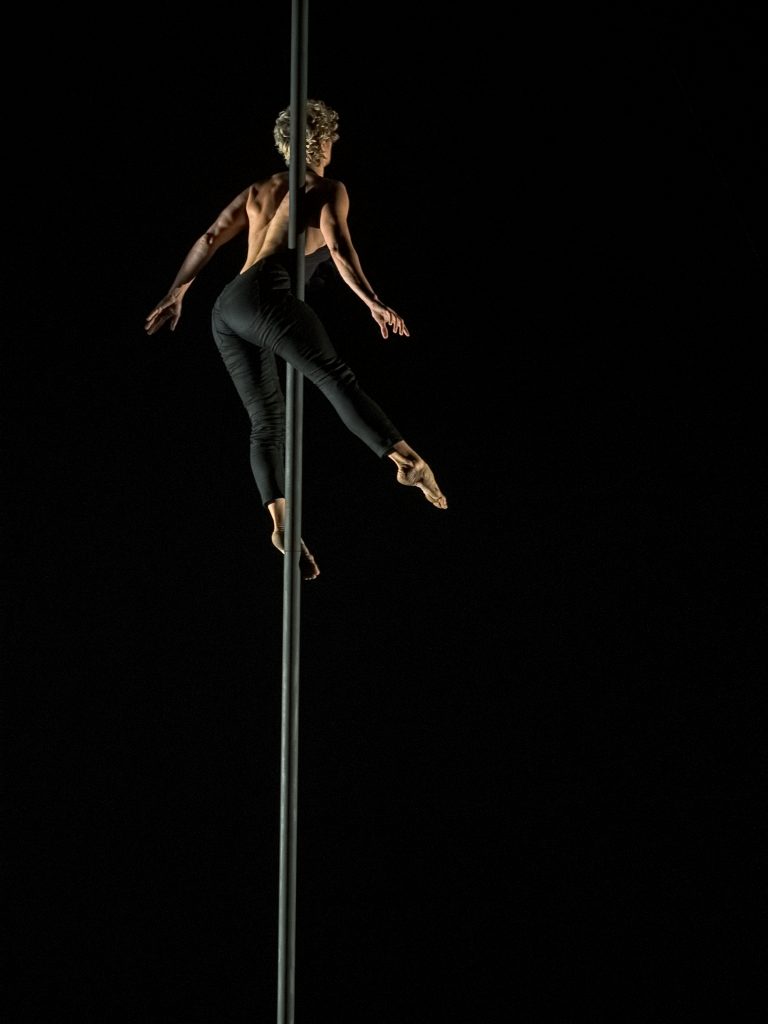 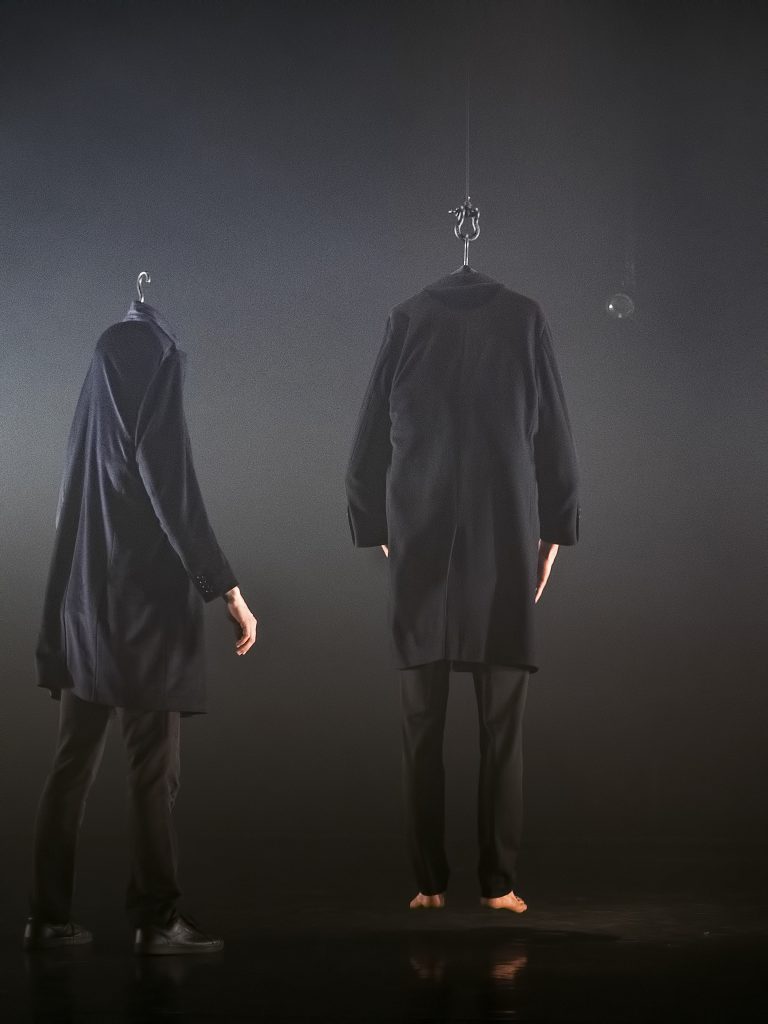 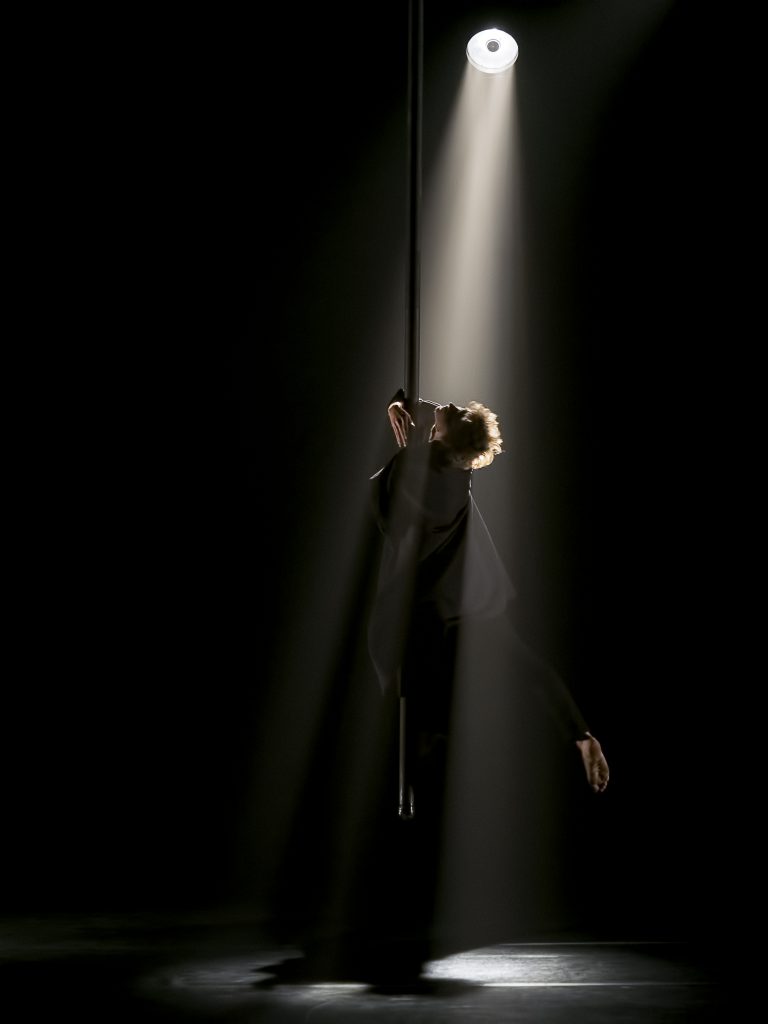 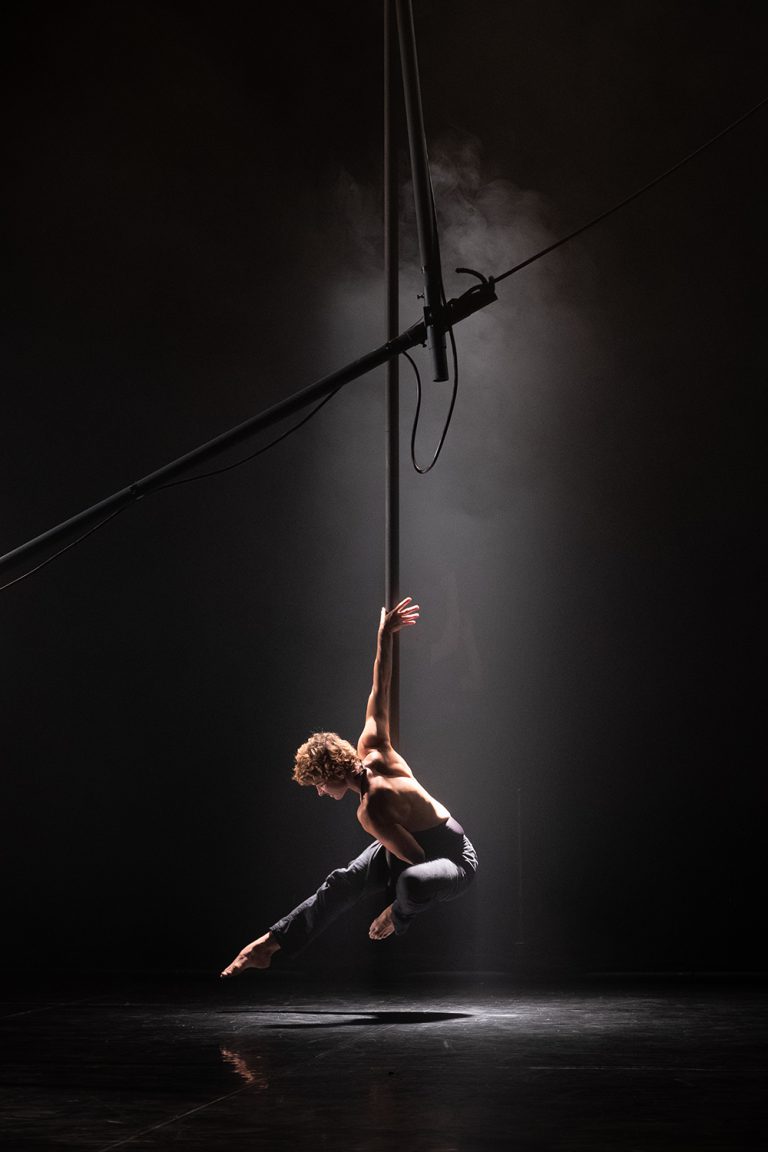 
Post a picture on Instagram or Twitter with the When Angels Fall wings and include the hashtag #BostonAngel to be entered to win TWO (2) PREMIUM A LEVEL TICKETS to any performance of When Angels Fall (FEB 20-24) at the Cutler Majestic Theatre!*Find these wings currently in the Paramount Center lobby, which is open TUE – SAT: 10AM – 6PM and two hours before any event. Stay tuned to the @ArtsEmerson Instagram and Twitter accounts to find out about other traveling locations throughout the city!

When Angels Fall director Raphaëlle Boitel gets her flutter on at the wings selfie station.

For the When Angels Fall giveaway, use the hashtag #BostonAngel on Instagram or Twitter with an accompanying photo between February 1-17, 2019 for a chance to win two (2) tickets to attend one (1) performance of When Angels Fall at the Cutler Majestic Theatre, February 20-24, 2019. Upon verification, there will be one (1) winner selected during this contest period. Must be at least 18 years or older to enter. The prize is valued at $220.

“Stunning…a blend of circus and dance set in a mechanized dystopia whose inhabitants yearn for human connection.”“Exquisitely designed and surprisingly moving”“Ms. Boitel finds the power to break our hearts.”

“When it comes to the originality of When Angels Fall, there is no room for doubt.”

“a unique and original vision by a talented troupe and its talented leader, Boitel.”

“Wonder creeps out of the darkness and into your mind released by the movement, music and performance in front of your eyes.”

“My eyes never left the stage. The movements, the music, the aerial feats were all spellbinding.”

“The truly ravishing Ms. Boitel, who might have sat for Klimt in Vienna…”

— Ben Brantley, New York Times on the director & performer of When Angels Falls

“Darkly humorous…When Angels Fall continues the long French tradition of a revolt against tyranny…To this tradition Boitel now brings the death-defying showmanship of the circus.”

“Raphaëlle Boitel [creates] an epic event…that will live on in your memory.”

“Had the pleasure to see WHEN ANGELS FALL at @ArtsEmerson last night. Incredible piece of theatre – surprising, hilarious, spectacular, terrifying, and heartwrending. Check it out if you can, plays thru Sunday.”

“Emerson/Boston friends: GO SEE THIS. One of my fave shows I’ve seen at @ArtsEmerson so far 🙂 Simply stunning.”

“A wonderful show tonight with Raphaëlle Boitel and her ‘when angels fall’ @ArtsEmerson. @BostonGlobe and @nytimes say it best. 4 more dates in Boston.”