“The thought-provoking show — delivered with sharp wit and masterful stagecraft — is a critical reclamation.”

A trans cooking show with a recipe for reclamation.

After transphobic slurs—and a hamburger—are thrown at theatre artist Travis Alabanza, a newfound passion is ignited. They became obsessed with hamburgers: How they are made. How they feel and smell. How they travel through the air. How the mayonnaise feels on your skin.

Part cooking show, part exploration of an obsession, part reclaiming of an act of violence—Burgerz is like nothing you’ve seen before (and different every single performance). Carving out a place for themselves as one of the UK’s prominent trans voices, Alabanza presents a performance that is powerful, hilarious, unsettling, and timely.

We understand that certain types of content could trigger past traumatic experiences for some viewers. Please be aware that this production contains scenes discussing violence and harassment towards trans people and issues sensitive to the LGBTQ+ community. Real meat, haze, and loud music is used in the performance.

Alabanza has performed their solo work in a range of venues, galleries, and mediums including clubs such as the Royal Vauxhall Tavern, Latitude Festival, the V&A museum and universities and colleges including Oxford, Harvard and Bristol. In 2016/17, Travis was the youngest recipient of the Tate Gallery Workshop residency. Travis has written for Metro, Vice, Gal-Dem, The Independent, Dazed, Gay Times and more.

In 2018/19, Alabanza was listed on the Dazed100 – 100 people defining culture, awarded a Gay Times Honours award for their work in the LGBT+ community, and listed in the Evening Standard 25 Influential people under 25. Recently in The Sunday Times Style Bernadine Evaristo picked Alabanza as a ‘trailblazer of the future’ to watch.

Sam Curtis Lindsay is the co-founder and co-artistic director of Hackney Showroom.

As a Director recent credits include Class by Scottee at Assembly Festival, HOME and Theatre Centre Canada,  The Court Must Have a Queen by Ade Solanke at Hampton Court Palace, and Heartbreak Hotel by Lucy Benson Brown at the Jetty Greenwich.

Sam is an honorary research fellow at Queen Mary’s University, London and a visiting director at LAMDA.

Hackney Showroom is an award-winning cultural organisation which supports exceptional artists to make live performance and brings different people together to be inspired, uplifted and emboldened by great art. Hackney Showroom’s hallmark is their support of artists who sit outside the mainstream, developing their craft and carving out a space for marginalised voices who are innovating new forms of performance. 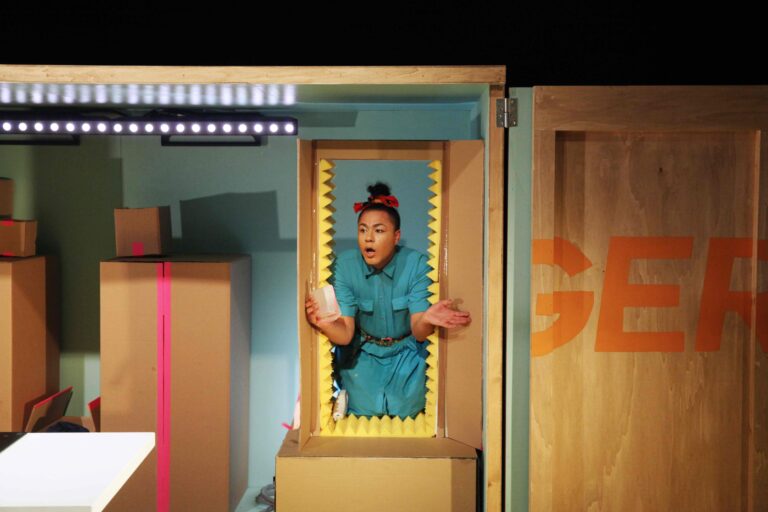 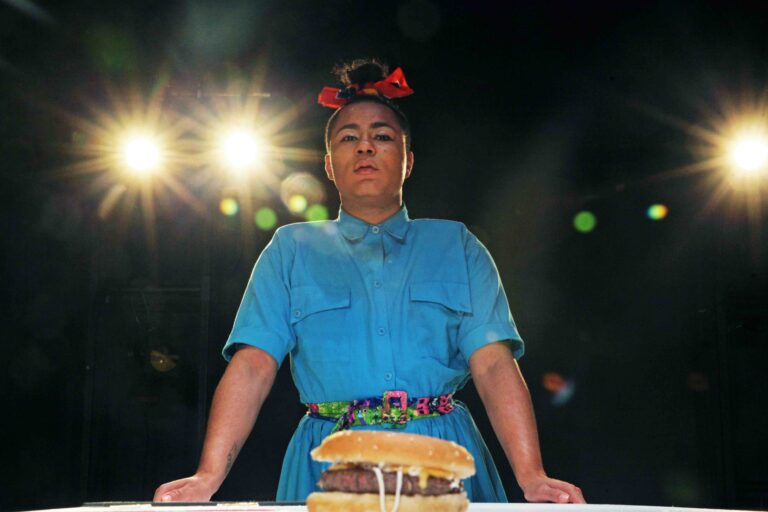 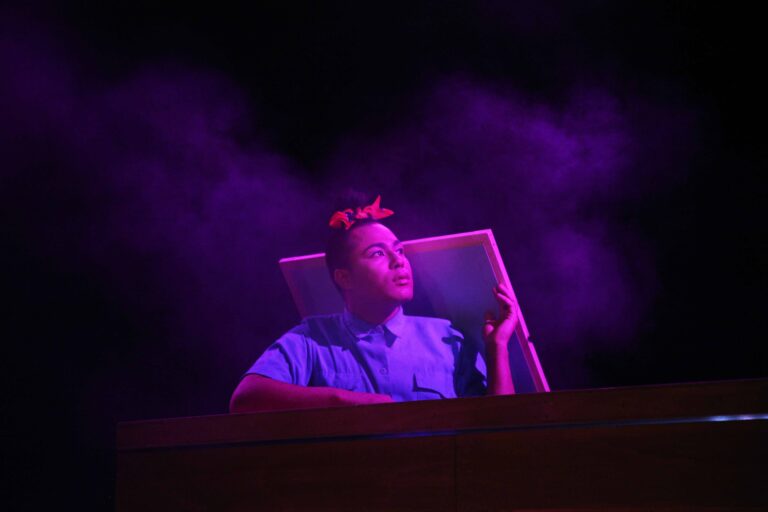 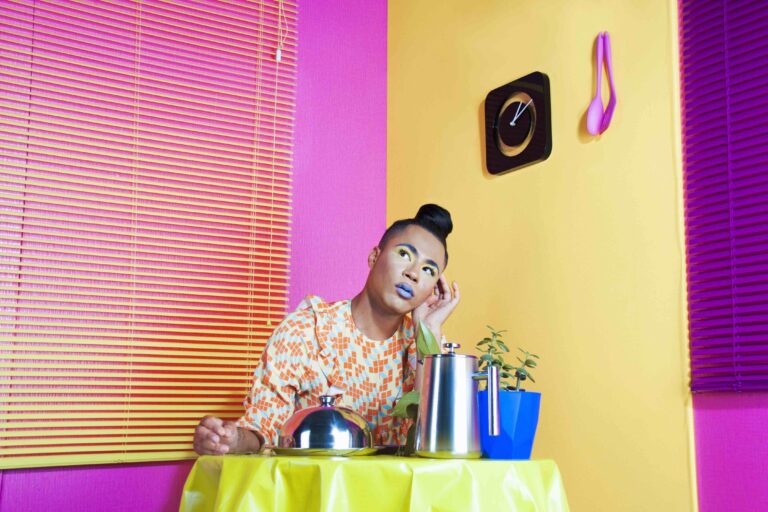 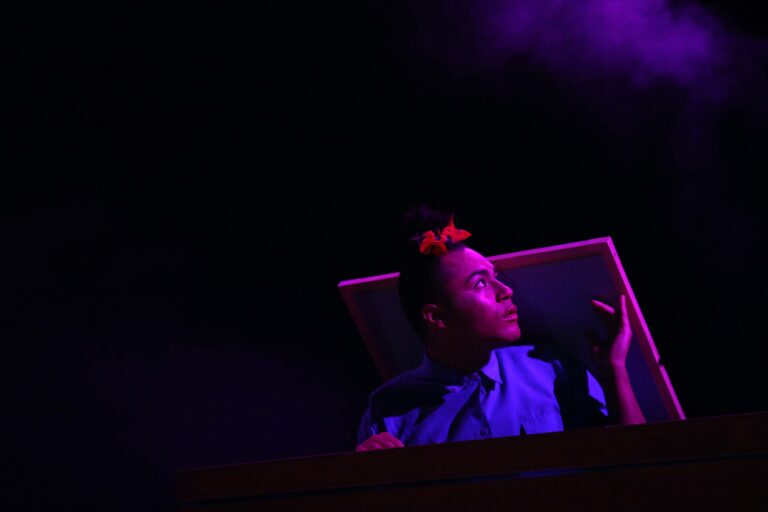 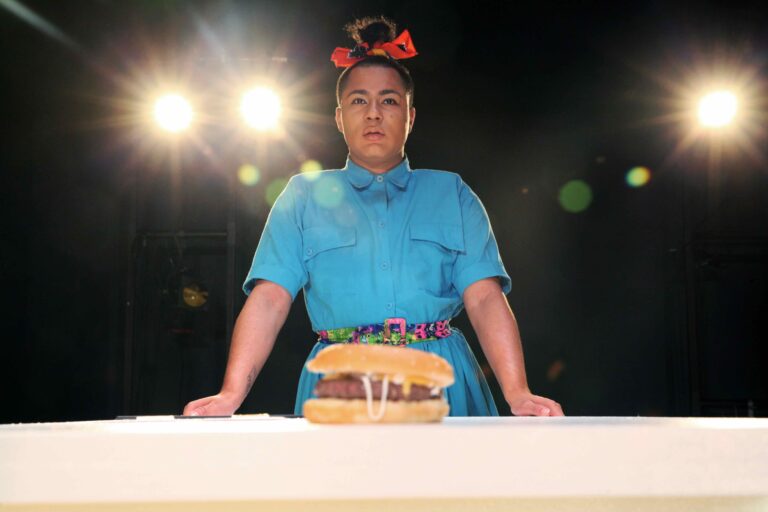 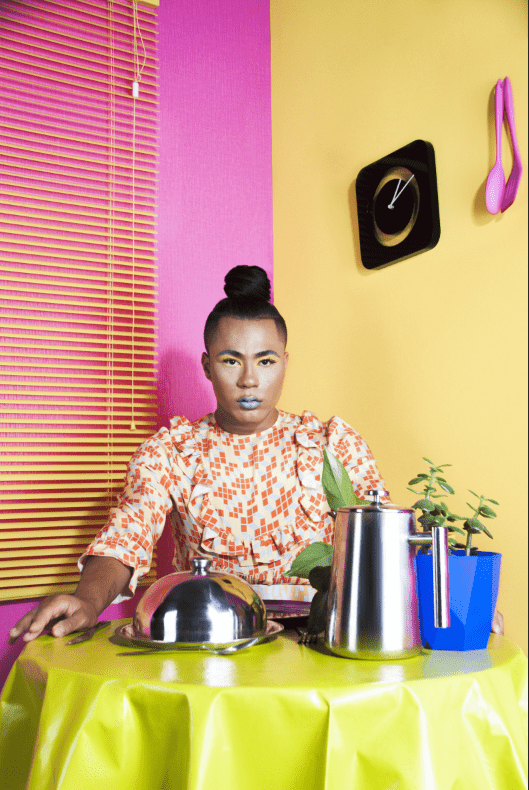 “[Burgerz] will leave you with sore cheeks from laughing, a warmth in your heart from this shared experience, a heavy dose of outrage (if you are paying attention), and several questions wedged in your brain.”

“[Alabanza] has an arresting stage presence, a knack for improvisation, and a quick wit, and deploys them all.”

“A piece of (brilliant) theatre… Alabanza is an incredibly talented artist storyteller and teacher.”

“VERY FUNNY. Alabanza [feeds] off the audience like a seasoned cabaret star. ✮✮✮✮”

“Personal theatre at its most raw” 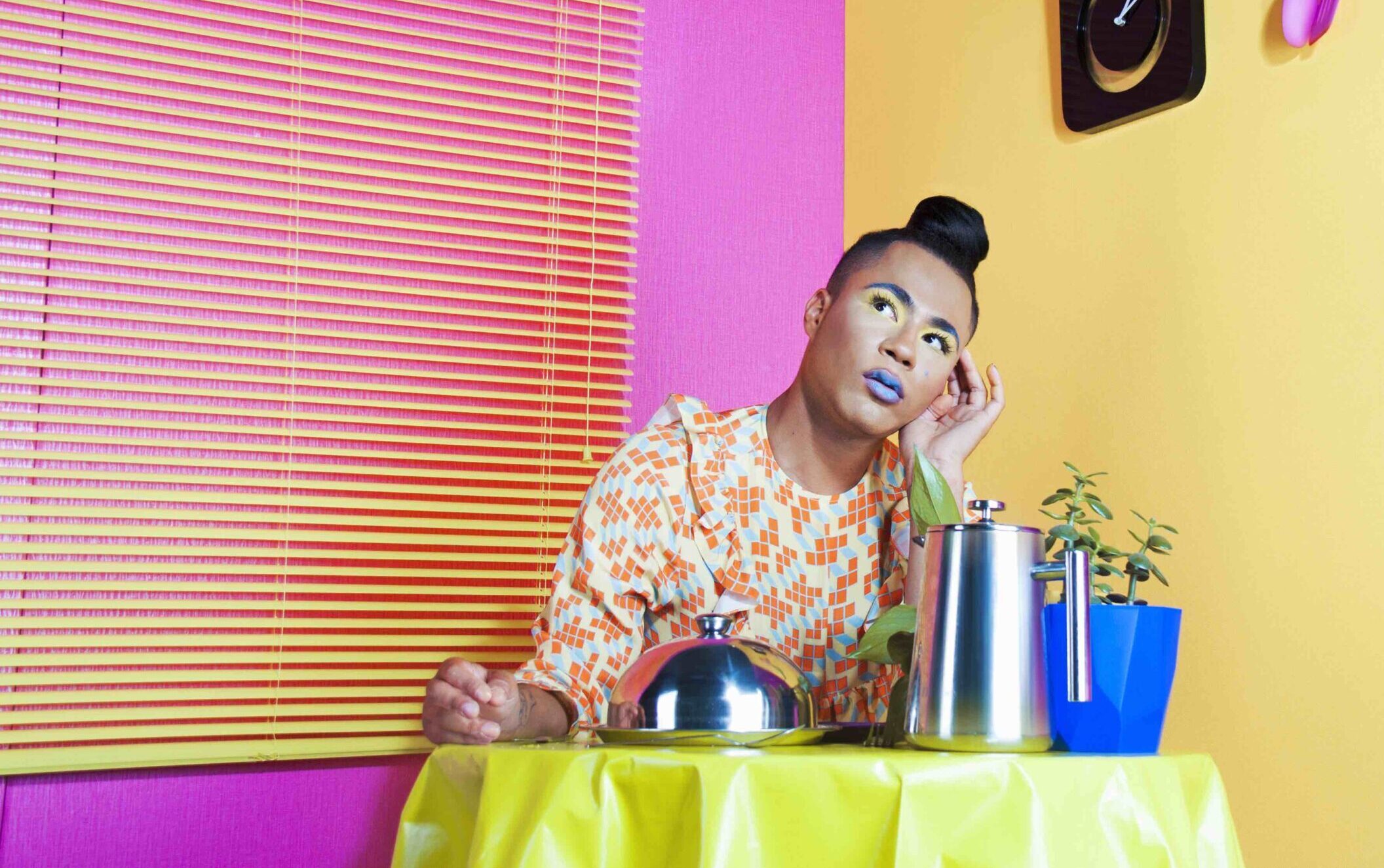 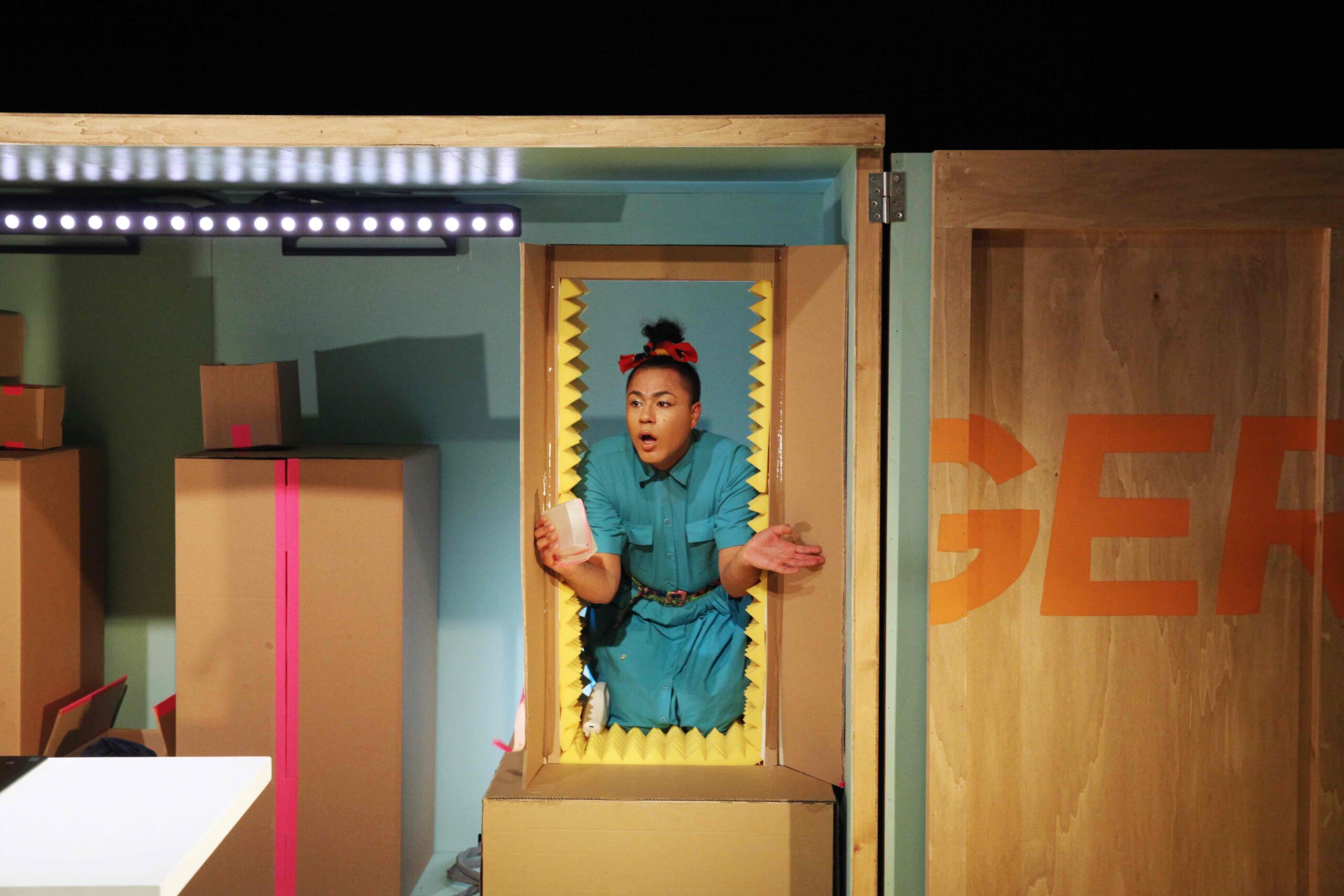 Part cooking show, part exploration of an obsession, part reclaiming of an act of violence—Burgerz is like nothing you’ve seen before. Join the conversation and let us know what you...

“If you can see Burgerz at ArtsEmerson  with Travis Alabanza, do it. It challenged my notions of gender and self, in a moving, funny, tender show. bravo.”

“Travis demonstrates what the wisest amongst us have always conveyed — that through the devotion of one’s attention to a single, ordinary object, one can access the exquisite interconnectedness of everything, and the inherent metaphor of everyday life.

Oh yeah…and you will leave having had a visceral exposure to what nonbinary living is like in a way you will never unknow.”

“Humor, rage, hurt, gender, and one hell of a metaphor. Brilliant.”

“Really good…as risky as a tightrope and tender as a soft white hamburger bun.”