The Grand Parade(Of the 20th Century)

“A rich, audacious vision of American history that should dazzle theatergoers from any generation.”

A soaring spectacle of the 20th century inspired by Chagall

Created on a farm in Ashfield, Massachusetts, Double Edge Theatre’s surreal, theatrical collage takes us along a 100-year historic journey of the mythology of our time in a style inspired by visual artist Marc Chagall. Through a kaleidoscopic vision of humanity, The Grand Parade (of the 20th Century) blends circus, puppetry, dance and projections, juxtaposing iconic images of historic moments with Chagall’s vibrant paintings. From marked events including the moon landing, the skilled escapes of Houdini, the atomic bomb, the assassination of President Kennedy and the fall of the Berlin Wall, this work of memory and memorial celebrates where we are now by examining from where we have come.

53 minutes with no intermission


Double Edge Theatre, an artist-run organization, was founded in 1982 by Stacy Klein. The company applies rigorous physical training and the principle of an actor’s autonomy to create work in an ensemble, laboratory setting. Double Edge’s performance cycles include a series of plays collectively called the Women’s Cycle (1982-1986), followed by the Song Trilogy (1987-1999), and The Garden of Intimacy and Desire (2001- 2010). The Chagall Cycle, beginning with The Grand Parade, responds to the life, work and indomitable imagination of Russian-Jewish artist Marc Chagall, while engaging with international collaborators in music, design and dramaturgy.

In 1994, Double Edge moved from Boston to a 105-acre former dairy farm in rural Ashfield, MA, to create a sustainable artistic home. Today, the Farm is an International Center of Living Culture, with year-round theatre training, conversations and convenings, greening and farming initiatives, and a popular indoor-outdoor traveling spectacle which takes place alongside the hills, pastures, river, and gardens of the Center.

Jared Bowen reviews The Grand Parade (of the 20th Century)

“A truly sumptuous feast of imagination, color, emotion and movement; a uniquely dramatic way of interpreting our history as a torrent of events presented without judgment.”

“For its ambitious ideas, troupe needs its space.”

“Farm to Stage: Surreal Celebration of the 20th Century by way of Chagall.”

“Powerful mise-en-scene that connects image with movement and metaphor.”

“A phantasmagoric wonderland enriched by the colors, aerial figures, images and animals that were staples for Chagall.”

“A rich, audacious vision of American history that should dazzle theatergoers from any generation.”

“A performance that is unusual and amazing, choosing the forgotten world of dreams.” 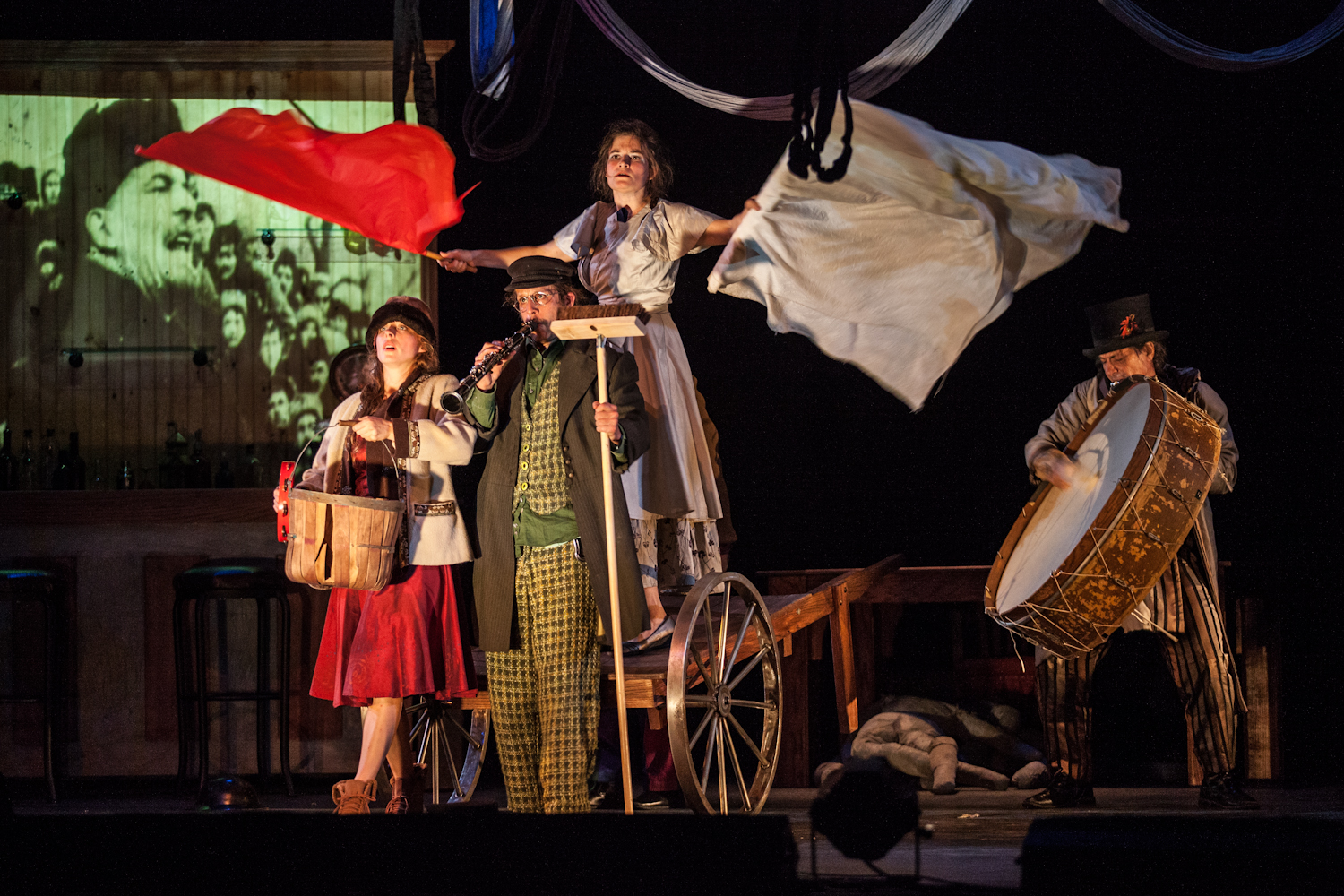 The Complications of Producing History

I’m thinking a lot about history these days, mostly because I don’t know what to think about it. What on earth are we to do with history? How do we... 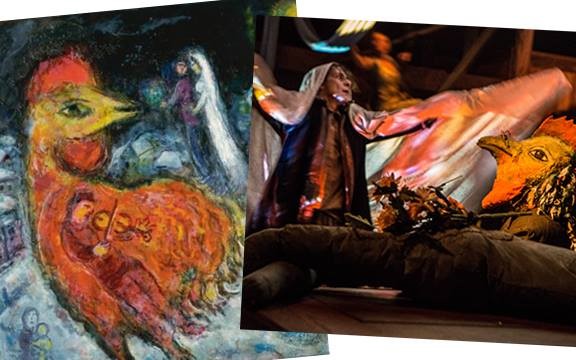 Double Edge Theatre found many sources of inspiration for The Grand Parade (of the 20th Century) - their mythic depiction of 1900 - 1999. One such source was a series of paintings...