“No troupe in New York these days rides the storytelling momentum of theater more resourcefully or enthusiastically than Bedlam.”

He’s the prince. She’s the rebel.

In this epic story, Shaw paints Joan of Arc not as a saint, witch or madwoman, but a farm girl who is an illiterate intellectual, a true genius whose focus on the individual rocked the Church and State to their core. Four actors perform all 24 roles in Bedlam’s production of George Bernard Shaw’s Saint Joan, declared “Irresistible! Ferocious!” and “A force of nature!” by the New York Times.


Bedlam was founded in 2012, presenting George Bernard Shaw’s Saint Joan on a shoestring budget with only four actors playing over 25 characters. The show received instant recognition and was extended four times. Terry Teachout of The Wall Street Journal was an early admirer, describing it as “Thrilling! An unforgettable show! The most exciting George Bernard Shaw revival I’ve ever seen, bar none.”

Committed to the immediacy of the relationship between the actor and the audience, Bedlam creates works of theatre that reinvigorate traditional forms in a flexible, raw space, collapsing aesthetic distance and bringing its viewers into direct contact with the dangers and delicacies of life. In this new, fresh, active environment storytelling becomes paramount and the result is a kinetic experience of shared empathy.


Produced in Association with 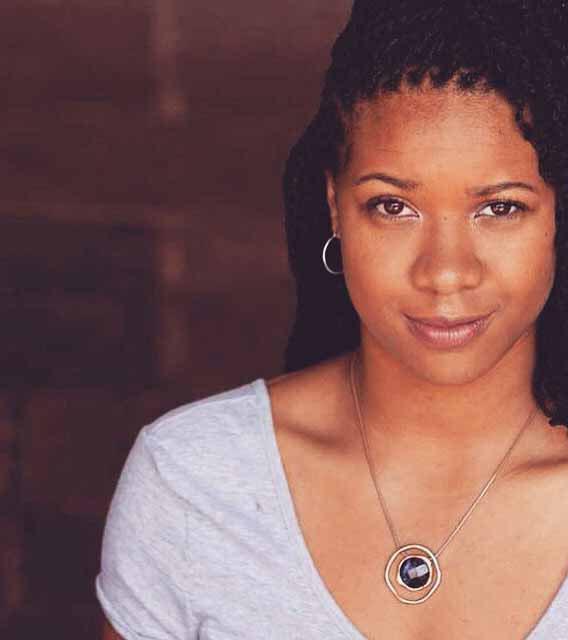 Regional: Actions & Objectives (Triad Stage) Crumbs from the Table of Joy (Martha’s Vineyard Playhouse). Local: CRH (The Kraine Theater); Aint No’ Mo (New York Theater Workshop); Mary/Stuart (BAM); What I Tell You in the Dark (National Black Theater Of Harlem). VOICEOVER WORK: Man in the High Castle: Resistance Radio. Education: University of North Carolina School of the Arts. Give a listen to me as Miss Evangeline for Man in the High Castle: Resistance Radio @ www.resistanceradio.com website coming soon @ driabrown.com. 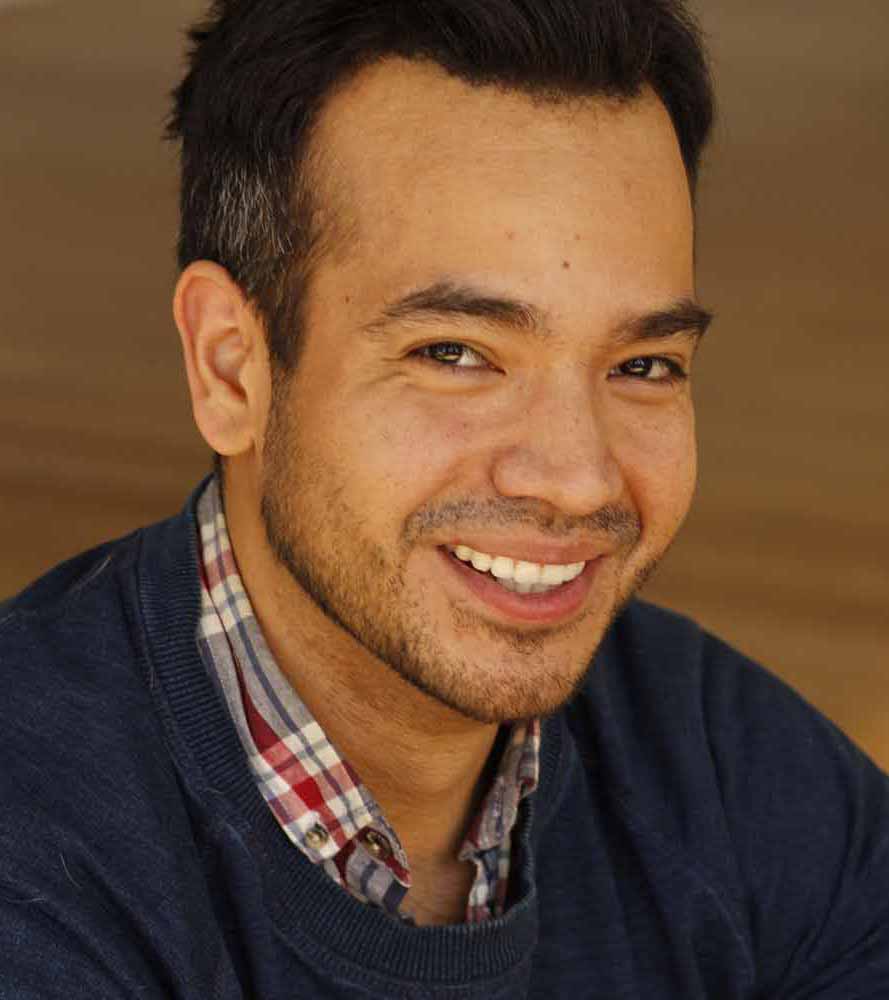 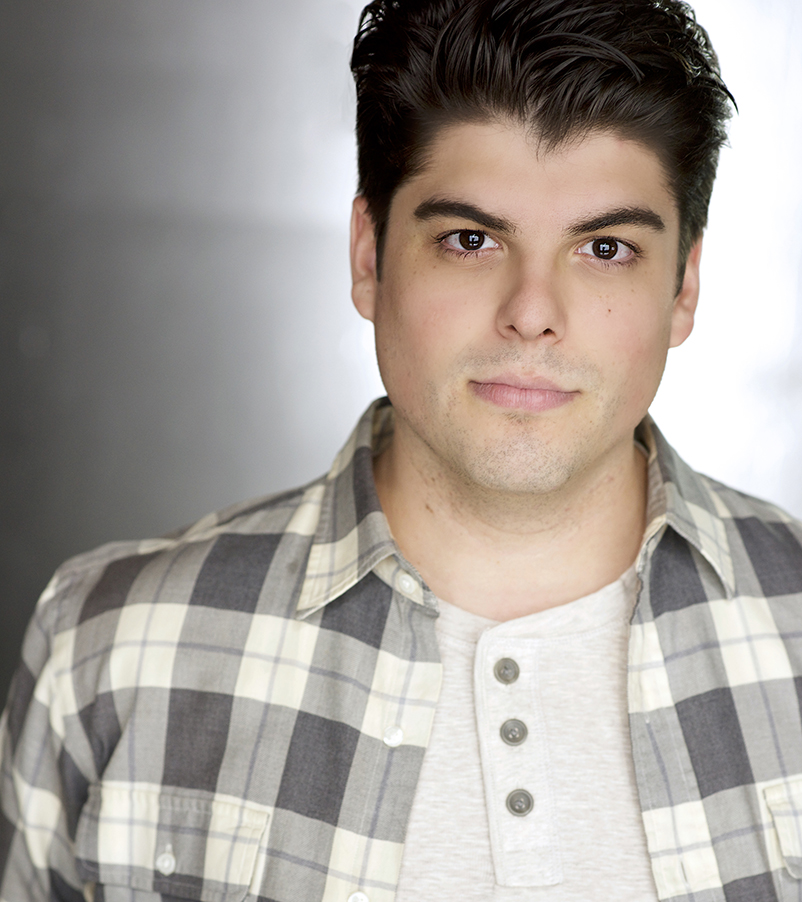 Sam recently graduated from UC Irvine with his MFA in Acting. A NY based actor from Florida, he’s worked regionally with companies including Mad Cow Theatre, Summer Repertory Theatre, New Swan Shakespeare festival and the B Street Theatre. Some favorite roles include Robert in Boeing Boeing, Touchstone in As You Like It, Lee in True West, Liam in Bad Jews, and Michal in The Pillowman. He will be making his film debut this year opposite Christian Bale in Adam McKay’s Backseat. A proud member of Actors Equity and honored to be represented by the team at CLA Management! 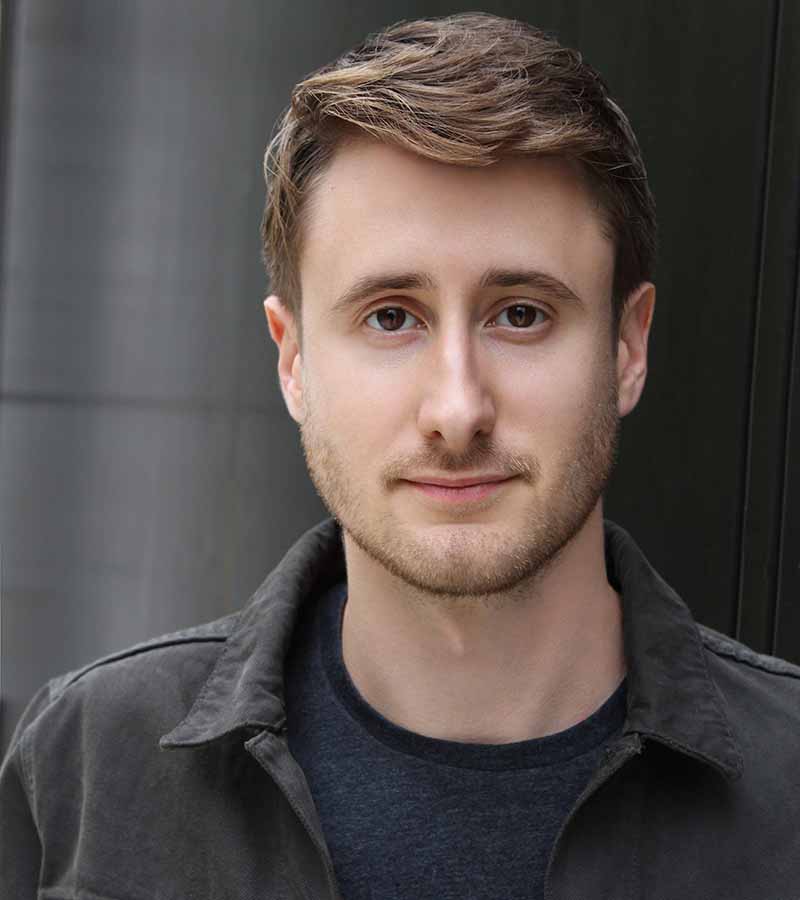 Regional credits include Hand to God (Philadelphia Theatre Company), Caucasian Chalk Circle (Yale Rep), Stupid Fucking Bird, and Rachel Bonds’ At the Old Place (Arden Theatre Company), The Aliens (Theatre Exile), The Liar (Lantern), My Romantic History (Inis Nua), and A Bright New Boise (Simpatico). Aubie is also a company member at People’s Light & Theatre, where he has appeared in more than ten productions, including End Days, One Flew Over the Cuckoo’s Nest, Beautiful Boy, and Stargirl. He is a graduate of Brown University and the Yale School of Drama. For Mom, always. 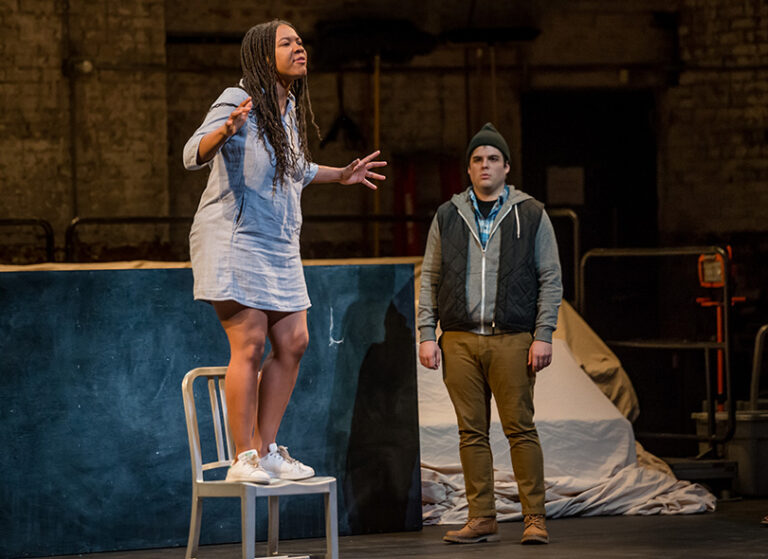 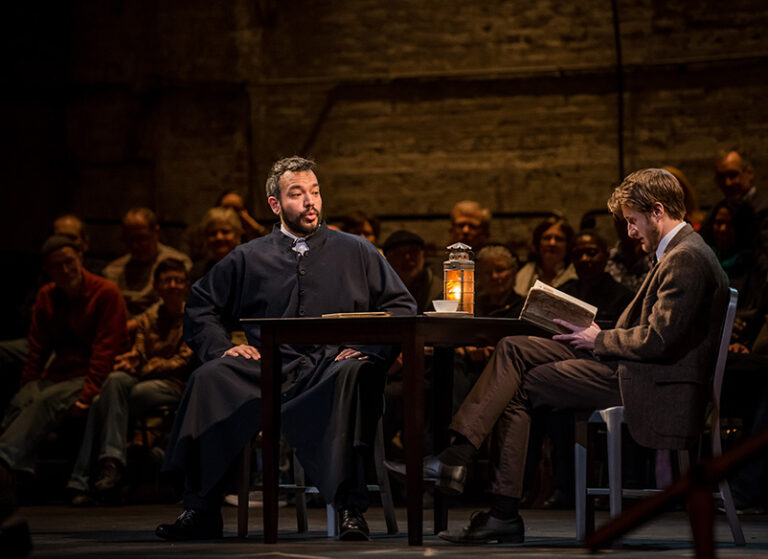 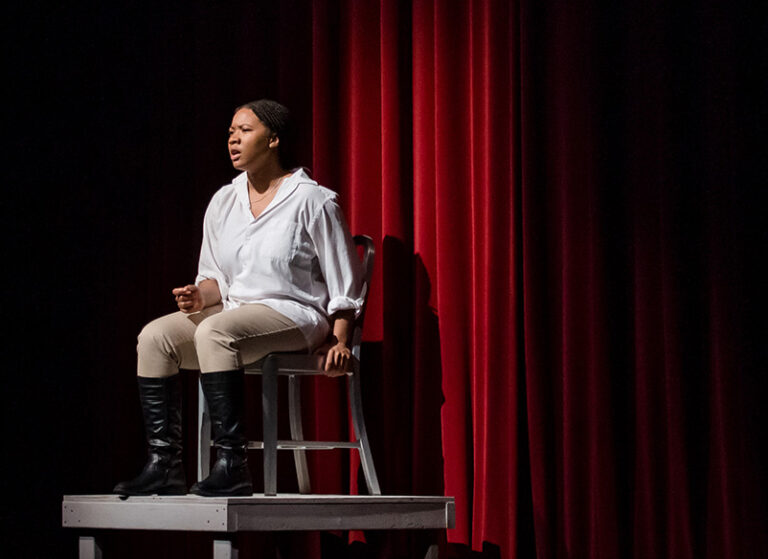 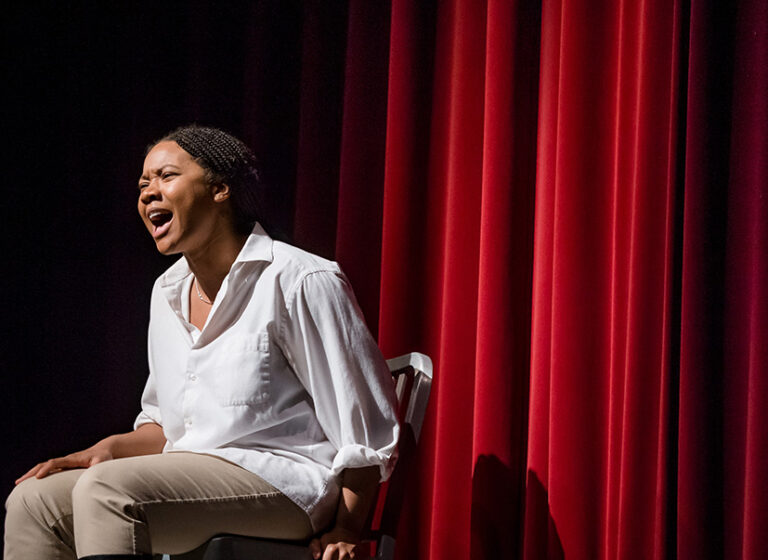 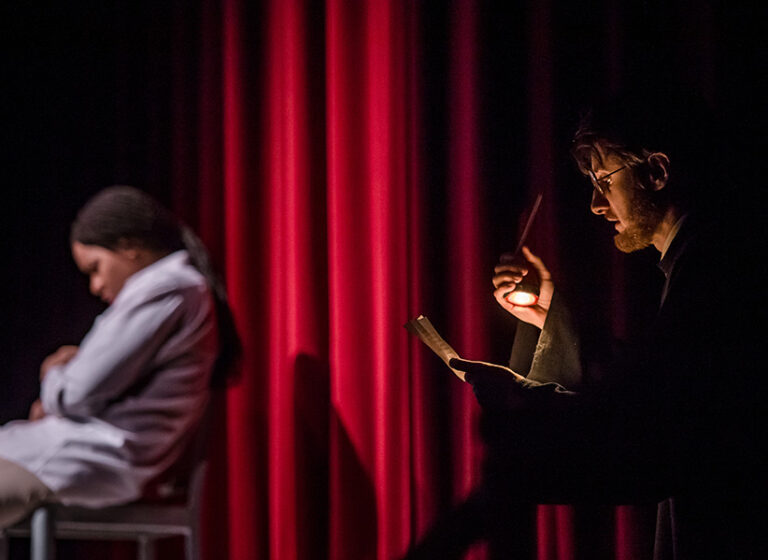 “Two fast-flowing, high-spirited productions”“Both [Hamlet and Saint Joan] should not be missed.”“In their bravura fusion of versatility, dexterity, and clarity, they’re executing the verbal and intellectual equivalent of a Cirque du Soleil act.”

“Massaro and Brown are hilarious together as a popped-collar dude of a Rosencrantz paired with a Valley-girl Guildenstern”“Throughout both Saint Joan and Hamlet there’s a thrill in watching these actors change roles with the tiniest of wardrobe adjustments and a physical shorthand that aids for quick and easy identification.”“There is a large amount of ingenious stage business throughout both shows.”

“This exhilarating production draws the audience in not merely as viewers of a show, but as witnesses, immersed in the action.”“The Bedlam ensemble’s quicksilver changes make the audience aware of their magic-making and a conscious partner in it.”

“Only in the theater can you watch an actor take his hat off and put it on somebody else, and then that person is the character. That doesn’t happen in a movie.”

“I left grinning, surprised that there was still ice on the streets. As far as I was concerned, the warmth and effervescence of what I had just witnessed had turned winter into springtime.”

“Masterful… This juxtaposition of the comic and the tragic, coupled with the breathtaking talent of its actors, makes Bedlam’s HAMLET one of the richest, most entertaining theatrical experiences you may have this season.”

“An engaging, highly physical production of Shakespeare’s complex masterpiece that feels as raw and incestuous as the state of Denmark itself.”

“Bedlam gives us Shakespeare and Shaw with the enthusiasm of youth, yes, but also with a level of insight that is usually arrived at only through years of close reading and exploratory performance. Even when its performers are not only portraying several different characters in a single scene, but also switching parts among one another, they make sure their audience, including virgins to this material, is as on top of the story as they are.”

“Anyone who listens to the eminently sane and persuasive voices of Bedlam is destined to become a convert.”

“BEDLAM is a band of gifted unknowns who can make theatrical magic in an empty room. No theater troupe in America is doing more creative classical revivals. I believe Eric Tucker is this Country’s most talented director of classic Theatre. Eric is a kind of genius at making theatrical magic in black-box theater spaces”

“BEDLAM injects fresh blood and ideas into the theatre community and is all about jolting the audience out of complacency. Eric Tucker’s ability to peel away the layers while supporting the emotionalism of a performer makes you see things with new and less cynical eyes.”

“Save your Hamilton dollars and go see it.”

“No troupe in New York these days rides the storytelling momentum of theater more resourcefully or enthusiastically than BEDLAM.”