Director Jean Cocteau’s mystical and visually arresting film version of the classic Beauty and the Beast story line proves to be even more timeless than Disney’s popular adaptation. Relying primarily on his stunning visuals and tableaus to tell the story, Cocteau communicates in a universal language the conflict, love, and heartbreak of the unforgettable fairy tale. Get swept away by Cocteau’s vision by experiencing the classic on the big screen in ArtsEmerson’s film series this month.

No list, of course, would be complete without mentioning the version of Beauty and the Beast that translated the tale on to the modern generation. As usual, Disney took plenty of artistic license when adapting the story into a new animated screen version, but they still managed to keep the romance, didactic qualities, and heart of the original story. The version was respected enough to earn an Academy Award nomination for Best Picture—the first animated film to do so. Disney has fashioned a contemporary classic that can never be re-visited too often. A Monster has been loosed in Iceland, killing anything or anyone who crosses his path and angers him. A young journalist—whose fiancée has gone missing and is suspected to have been killed by the Monster— is sent to report on the Monster’s activities and track him down once his has retreated. Of course, things can’t be that easy. Soon she meets the Monster face to face and begins to form a relationship with him. The questionably contemporary setting is bolstered by a heavy-weight cast including Sarah Polley, Helen Mirren, and Julie Christie.

My Mother She Killed Me, My Father He Ate Me: Forty New Fairy Tales edited by Kate Bernheimer (2010)

If you think you know how every fairy tale is going to end, think again. In this illustrious new collection of post-modern fairytales, today’s top authors re-write, alter, and transform classic stories from the repertoires of Hans Christian Andersen, Goethe, and of course the Brothers Grimm. Contributors include Michael Cunningham, Kelly Link, Neil Labute, Karen Joy Fowler, Joyce Carol Oates, John Updike, Neil Gaiman, and there is even a foreward by Gregory Maguire—master of the modern fairy tale.

The Rose and the Beast: Fairy Tales Retold by Francesca Lia Block (2001)

Popular young adult novelist Francesca Lia Block has had her books called “pop fairy tales.” She takes that notion to heart with this twisted retelling of famous stories—including Beauty and the Beast—with her signature quirky young heroines living in a fantastical world. Sleeping Beauty becomes a club girl in L.A. who pricks her arm with a heroin needle. Beauty races through the redwood forest of the American West to get to her Beast. The Wolf chasing Red Riding Hood is in fact her own stepfather. These impressionistic adaptations take the outline of the classic fairy tale and apply them with metaphor to create resonance with today’s older teens. Recommended for ages 13 – 113. The Uses of Enchantment: The Meaning and Importance of Fairy Tales by Bruno Bettelheim (1978)

Why do we tell fairy tales? What cultural value do they have? Why do we keep returning to them for lessons for our children (and adults as well) through the generations? Child psychologist Bruno Bettelheim approaches these questions to uncover the reasoning behind the stories we tell. Ultimately, his grand assumption about our attraction to fairytales shows us how we use these narrative structures to unveil the actually meaning of life and correct interaction with the outside world. 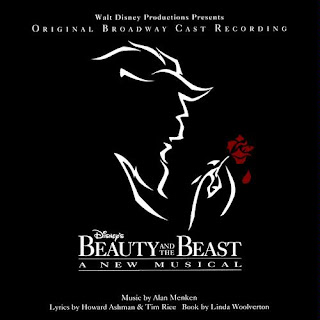 Disney effectively carried its magic from the animated film of Beauty and the Beast to its Broadway incarnation—one of the longest running shows in theatre history. Classics from composer Alan Menken and lyric-writing duo Howard Ashman & Tim Rice like “Be Our Guest,” “Something There,” and of course “Beauty and the Beast” are accompanied by seven new songs written for the stage version. Experience the enchantment in an entirely new way.

Prolific composer Philip Glass fell so in love with Jean Cocteau’s 1946 film of La belle et la bête that he set out to record an entirely new operatic score for the mostly silent film. Glass lends his signature minimalism to the classic tale of Beauty and the Beast, complete with movie-house organ music on occasion. Through this music, Glass allows the audience to view the tale (and the vintage film) in a new, refreshing light. 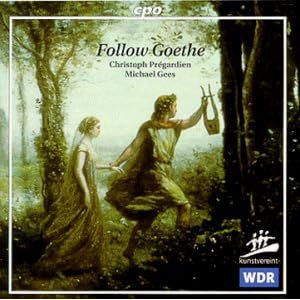 Belle has to wander into the deep dark woods in pursuit of her father, but what would that sound like? The landmark German author Goethe rose high enough in literary fame to warrant composers writing music to accompany his poems and stories. In this collection, many of the greats—Schumann, Schubert and Beethoven, among others—lend their musical abilities to Goethe’s words, creating the dark fairy tale landscape that inspired stories from the Brothers Grimm and others. Particularly striking is the dark and eerie “Der Erlkönig” about a son who meets death in the forest, even though his father can’t see the encroaching darkness.

Imagination as the Fourth Dimension: A look into Lemieux Pilon 4D Art