“What is a superhero”, this was one of my first questions for a sixth grade class at Boston Renaissance Charter School in Hyde Park. “Someone who protects people” “A person who fights bad guys” “but it could also be a regular person who just does really good things all the time…like…my Mom is my superhero”. All correct answers.

Every Wednesday and Thursday from 2:15-3:10pm I spend time with my new favorite group of incredibly cool people. This is a very special group of students who have helped me get a deeper understanding of what it means to be a true friend, sibling power, bullying, being your own hero, and not giving up to name just a few themes.

These topics came out of discussions which followed our reading of Lloyd Suh’s The Wong Kids in the Secret of the Space Chupacabra Go!. I asked the students to tell me what they saw as themes or ideas in this script. An extensive list followed, mostly centering on the idea of strength of family and self-empowerment. 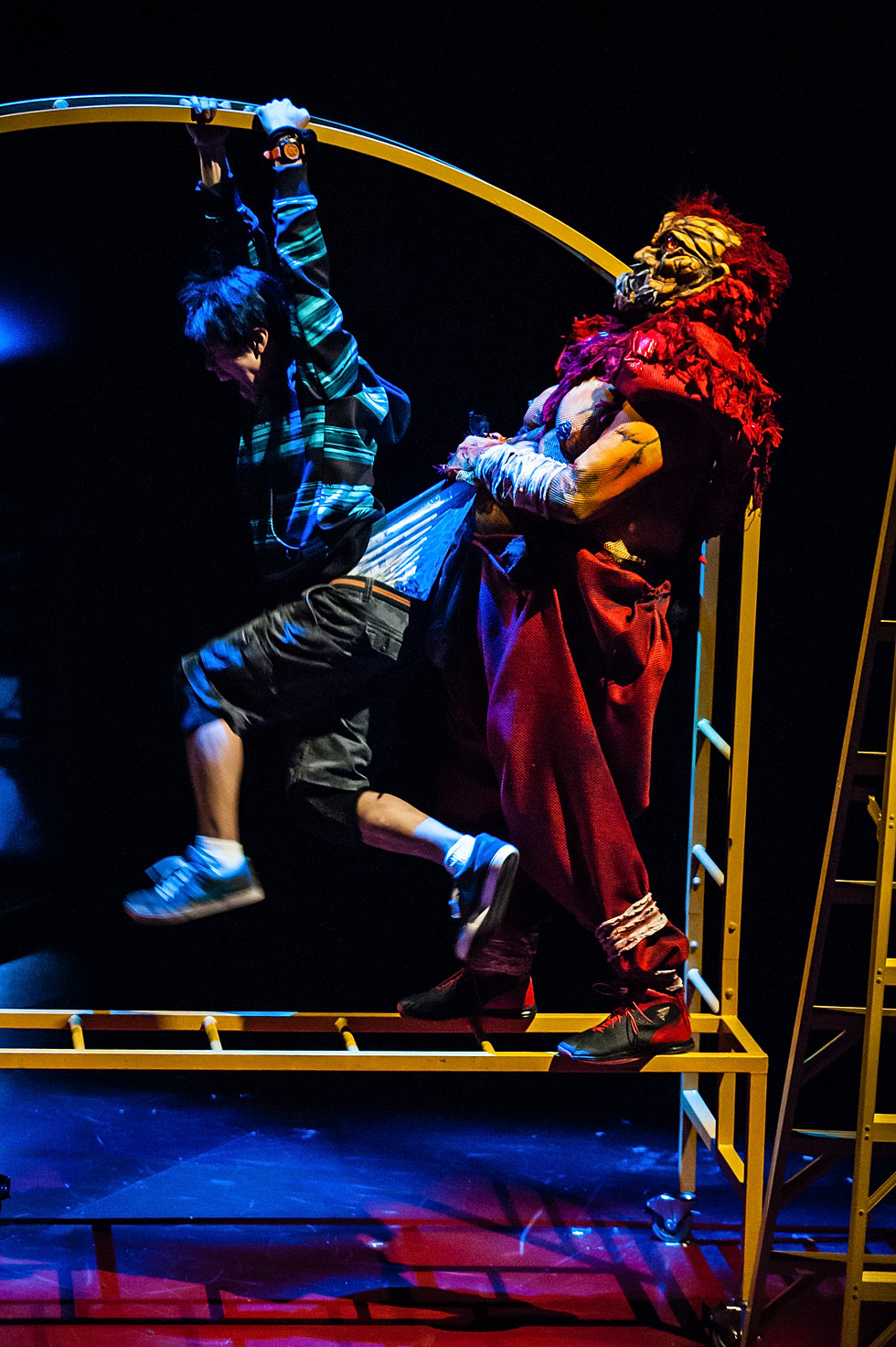 In The Wong Kids the main characters Bruce and Violet are a brother and sister who discover they have super powers, and are then called upon to save the planet from being eaten by the Space Chupacabra. Sure, makes sense. Violet, who is the older of the two siblings, is the same age as my students, and bemoans being “different” or “weird”. She loves comic books and adventure…turns out, so do many of the girls in my class. The quietest girls, who I was worried would be more spectators than participants enthusiastically raised their hands by the end of the first class, begging to read Violet’s lines.

Equally powerful and cool was on the second class day when the quietest boy in the class, a Chinese student who was embarrassed when his classmates told me it was his birthday the day before, eagerly raised his hand to ask if he could read for Bruce. Just the day before I was impressed at how he was able to speak so quietly that it was almost as if no sound was coming out, but just enough for me to hear his name. Today he read this part with enthusiasm, volume, and dare I say – GUSTO!

I looked over at his teacher who was equally stunned and excited. It’s so simple, the kids who feel marginalized or shut out saw themselves in these characters and wanted to join them on their adventure. Yes, even typing this I get teary eyed all over again. It’s so powerful!

We’ve approached our work around the show in a few different ways. We’ve listed out characters; plot points, and themes or ideas. On big pieces of paper the students self selected into groups around the idea that most spoke to them personally and wrote about what that main idea made them think of. The most popular of these ideas was unity. The students then devised short scenes around these themes. Change being another popular topic, as all of these students face starting new schools next year, the conversations were touching and personal.

Unpacking what happens to the kids in the play has helped our kids put into words how they feel about bullying, family support, and inevitable change. They have opened up in truly humbling and beautiful ways about their lives outside of school. Their teachers hadn’t heard some of the kids’ stories before and were moved to see a new side of these incredibly smart and strong eleven and twelve year olds.

Boston Renaissance does not have a Theatre program. This opportunity for the school came about because of ArtsEmerson’s commitment* to serving the community and the school’s commitment to harnessing their student’s creativity. For me, and their regular teachers it’s clear to see the power of Arts education. Understanding their world and their power in it is such and important element of a child’s education. I know that BRCS agrees with that as, from what I have seen, it is central to their mission.

Next week the cast of The Wong Kids will visit our class. The specialness of this visit is not lost on these kids, they are beyond excited, and cannot wait to ask questions and show off their work. The following week the kids will see the play they have studied come to life before their eyes. My eyes will admittedly be on them.

*Marybeth DeKara’s work as a teaching artist at the Boston Renaissance Charter School is part of a partnership between the charter school and Emerson College. This particular engagement is called a Play Reading Book Club – a theatre literacy program that takes place in libraries and community gathering spaces across the city. For more information about civic engagement at ArtsEmerson click here.

ArtsEmerson presents Ma-Yi Theatre Company’s production of The Wong Kids in the Secret of the Space Chupacabra GO! on the Maisntage at the Paramount Center from FEB 20 – MAR 6. For tickets go to artsemerson.org.

Growing Up With The Chupacabra by Camila Cornejo-Schilling

What Did You Think Of The Wong Kids?