They took the drums away, but they couldn't stop the beat.

When Africans lost the right to use their drums, the beats found their way into the body of the people. Inspired by the Stono Rebellon of 1739 and Negro Act of 1740, Drumfolk is a thrilling, percussive exploration of American history, placing a spotlight on the rhythmic cycle of life that bonds all of us together.

Step Afrika! have been called “masters of stepping” by the New Yorker and “electrifying talents” by the New York Times. Through music, stepping, tap, and ring shouts these remarkable performers recreate histories too often left in the margins. After their celebrated prior visits to Boston (The Migration, Step Afrika!), the troupe returns this fall with a celebration of the human spirit perfect for the entire family.

Step into history, step into Drumfolk!

Secure best seats today by purchasing a Season Package. 4-show Packages start as low as $99; Come to everything and save up to 40% on single ticket prices.

1 hour 45 minutes
with a 15 minute intermission


Founded in 1994 by C. Brian Williams, Step Afrika! is the first professional company dedicated to the tradition of stepping. Under Mr. Williams’ leadership, stepping has evolved into one of America’s cultural exports, touring more than 50 countries across the globe. Step Afrika! now ranks as one of the top ten African-American dance companies in the United States.

Step Afrika! blends percussive dance styles practiced by historically African American fraternities and sororities; traditional West and Southern African dances; and an array of contemporary dance and art forms into a cohesive, compelling artistic experience. Performances are much more than dance shows; they integrate songs, storytelling, humor and audience participation. The blend of technique, agility, and pure energy makes each performance unique and leaves the audience with their hearts pounding.

Step Afrika! promotes stepping as an educational tool for young people, focusing on teamwork, academic achievement and cross-cultural understanding.The Company reaches tens of thousands of Americans each year through a 50-city tour of colleges and theatres and performs globally as Washington, DC’s one and only Cultural Ambassador. Step Afrika! has earned Mayor’s Arts Awards for Outstanding Contribution to Arts Education (2005); Innovation in the Arts (2008); and Excellence in an Artistic Discipline (2012); and performed at the White House for President Barack Obama and the First Lady.

Step Afrika! is featured prominently at the Smithsonian’s new National Museum of African-American History & Culture with the world’s first steppinginteractive. In 2017, Step Afrika! made its Off-Broadway debut with the critically-acclaimed production, The Migration: Reflections on Jacob Lawrence.

Drumfolk is made possible by the New England Foundation for the Arts’ National Dance Project with lead funding from the Doris Duke Charitable Foundation and The Andrew W. Mellon Foundation.

Lead Commissioning Support is provided by Arts Emerson, Hancher Auditorium at the University of Iowa, Strathmore, and the Eugene M. Lang Foundation. 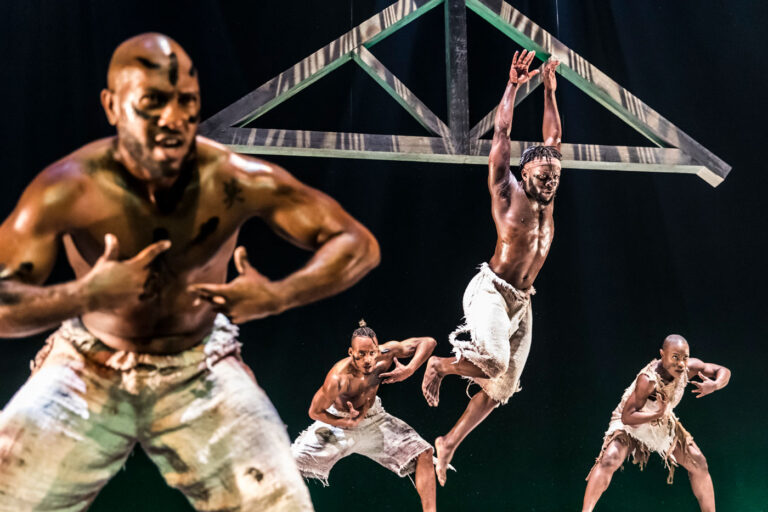 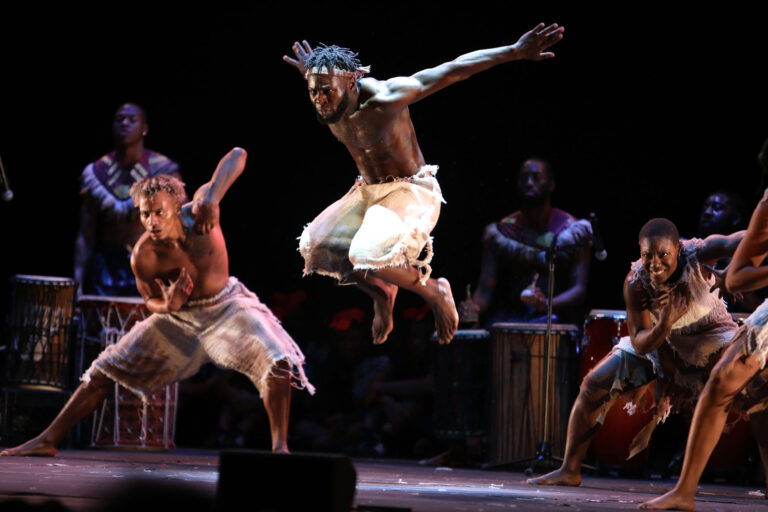 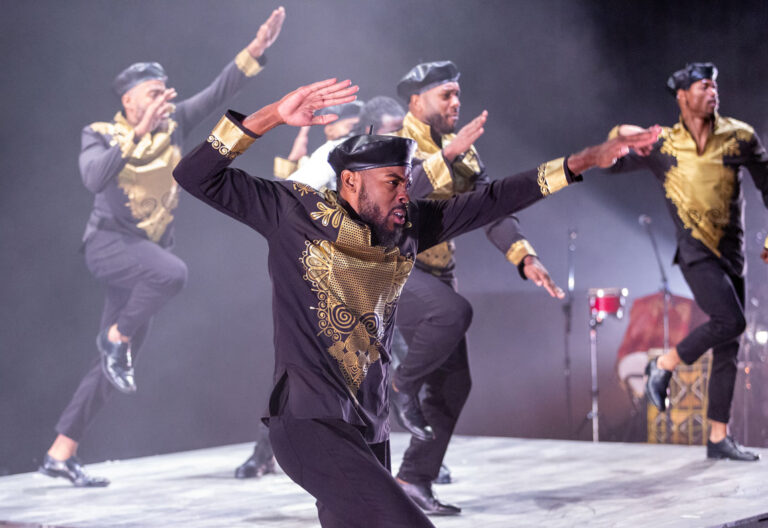 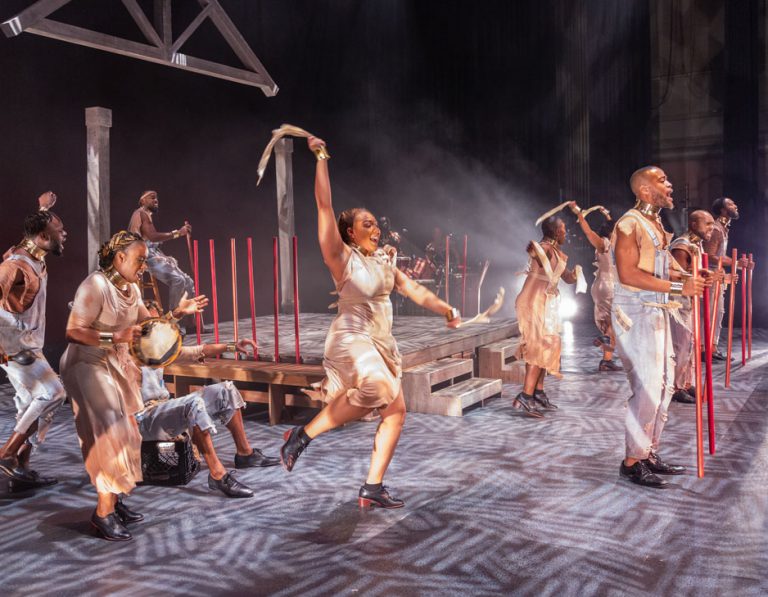 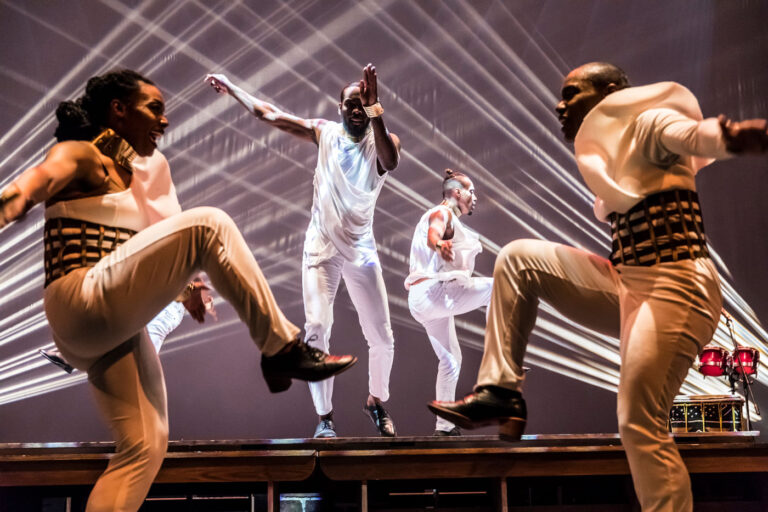 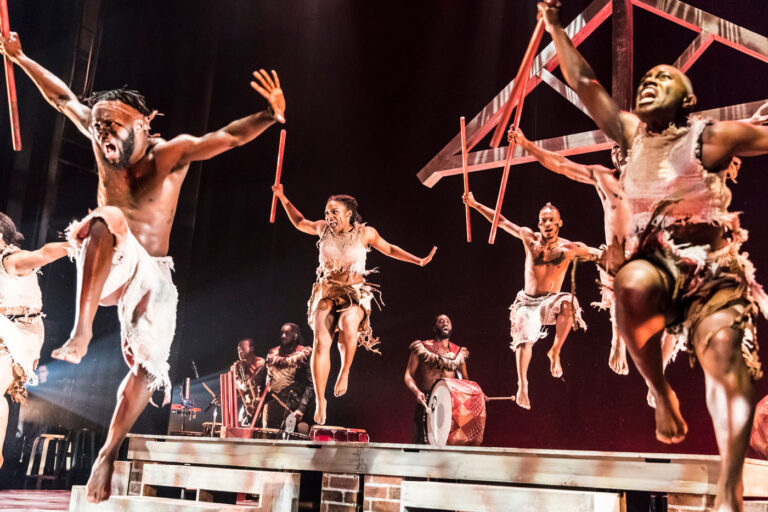 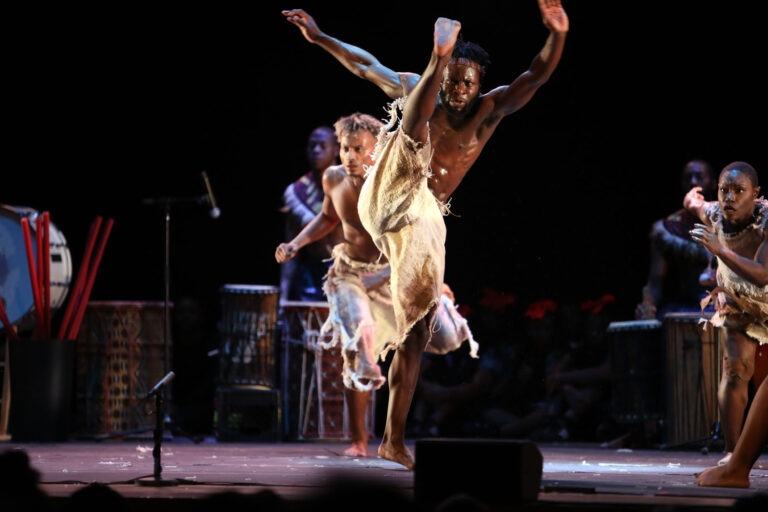 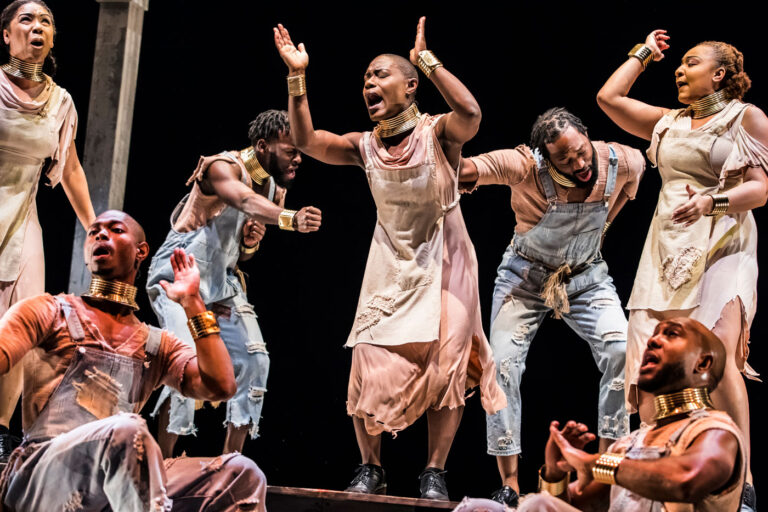 “A mesmerizing, complex, and energetic show of dance and music”

More visceral than anything else I’ve seen depicting the African experience in America.”

“The jubilant Drumfolk — a reclamation of the history of those who fought ardently for freedom — pulses with acuity and offers more than exquisite dancing…The cast’s unrelenting stamina, fierce facial expressions and commitment to their craft was exhilarating to behold.”

“[Drumfolk] got the audience *literally* on its feet last night.”

“The most energetic performance I have ever seen. The talent of the Drumfolk cast is unparalleled. Exciting to witness, beautiful to watch. Step Afrika!’s Drumfolk awakens something deep inside you, the audience member, no matter how you personally connect to the experience represented on stage, you will feel it.”

“Enthusiasm and energy to send you soaring into next week.”

“In Drumfolk, Step Afrika! performs dances rooted in African-American history…In the bodies of these skilled performers, the beat is obviously unstoppable. Again and again, the dancers pick it up and pass it around with clapping hands and stomping feet, through the legs, behind the back, defiant and unified and inspiring.” 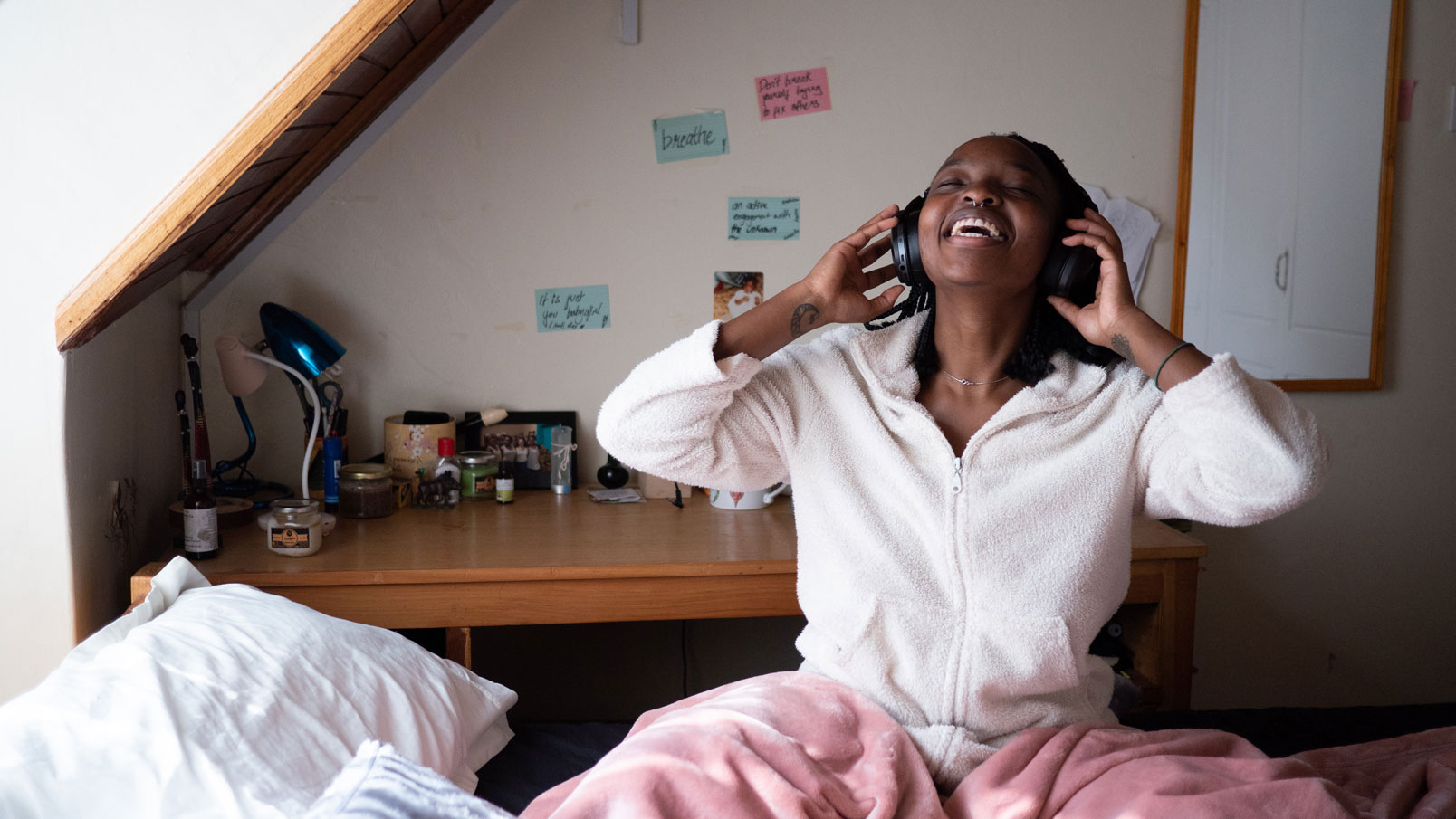 Join the conversation and let us know what you thought about Theatre for One! Comment below, either by following one of the prompts below or with whatever crosses your mind.... 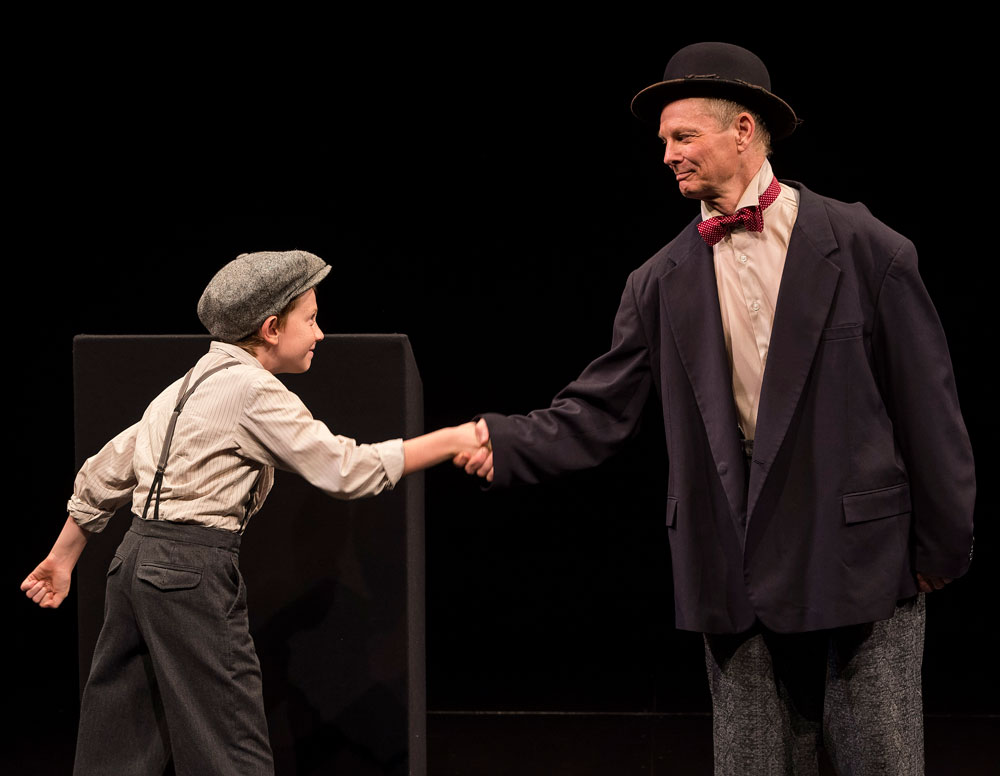 Join the conversation and let us know what you thought about On Beckett! Comment below, either by following one of the prompts below or with whatever crosses your mind. We... 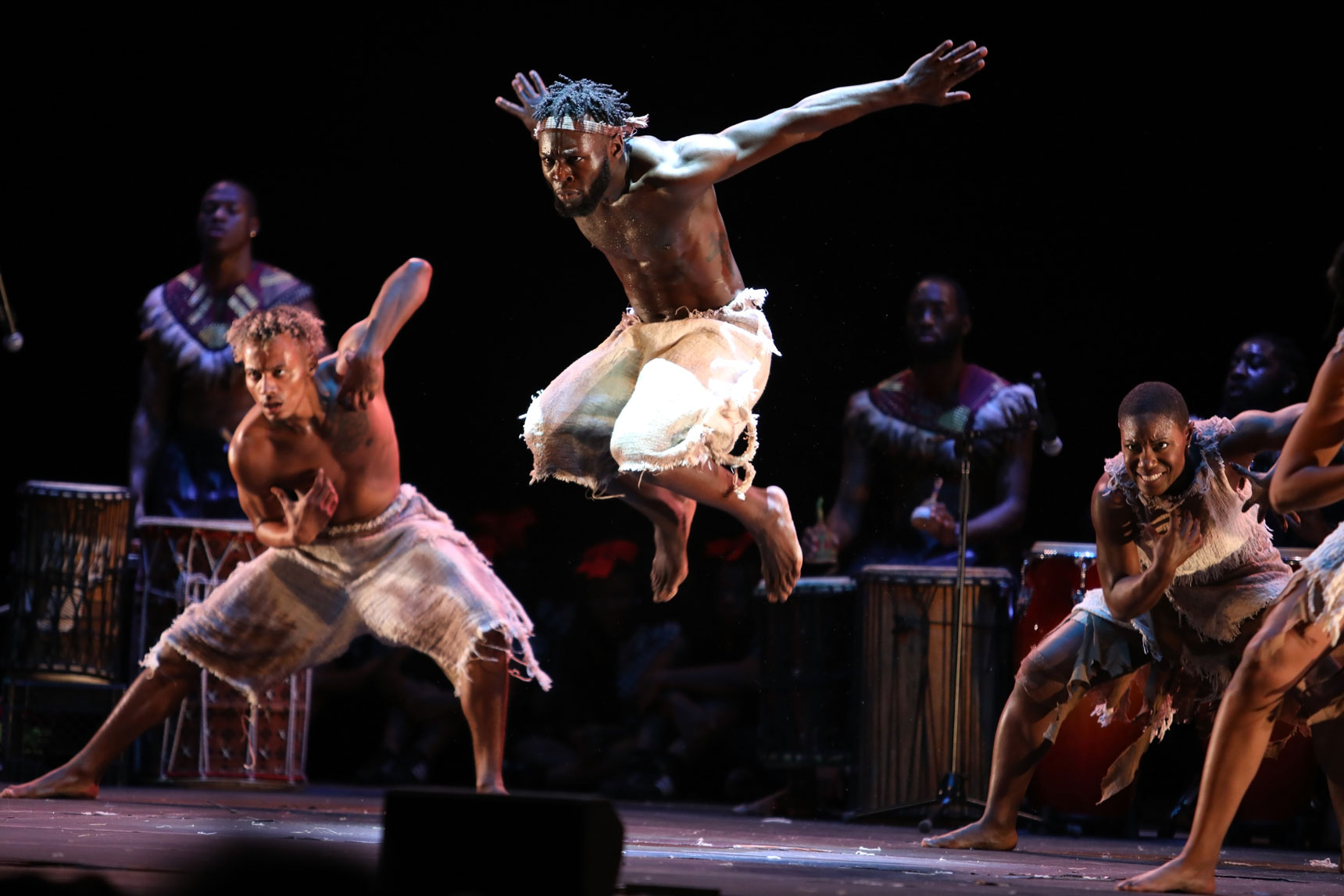 In their show, Drumfolk, dance troupe Step Afrika! uses the art of stepping to tell a story of African American history, one inspired by the Stono Rebellion of 1739 and... 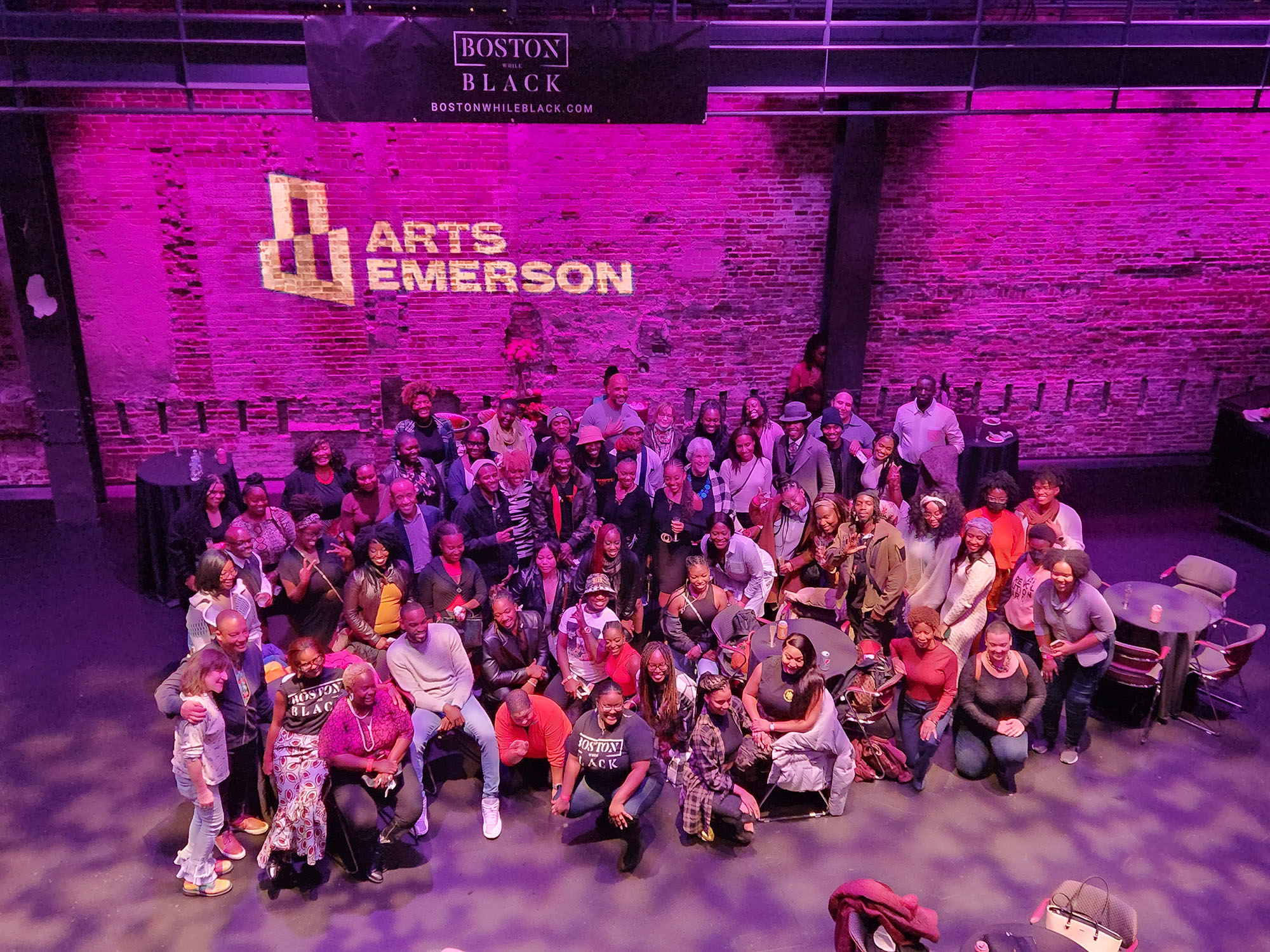 This week's opening of Drumfolk featured electric energy and robust community engagement. ArtsEmerson wants to thank Boston While Black for coming out to support and hosting a post-show mixer where... 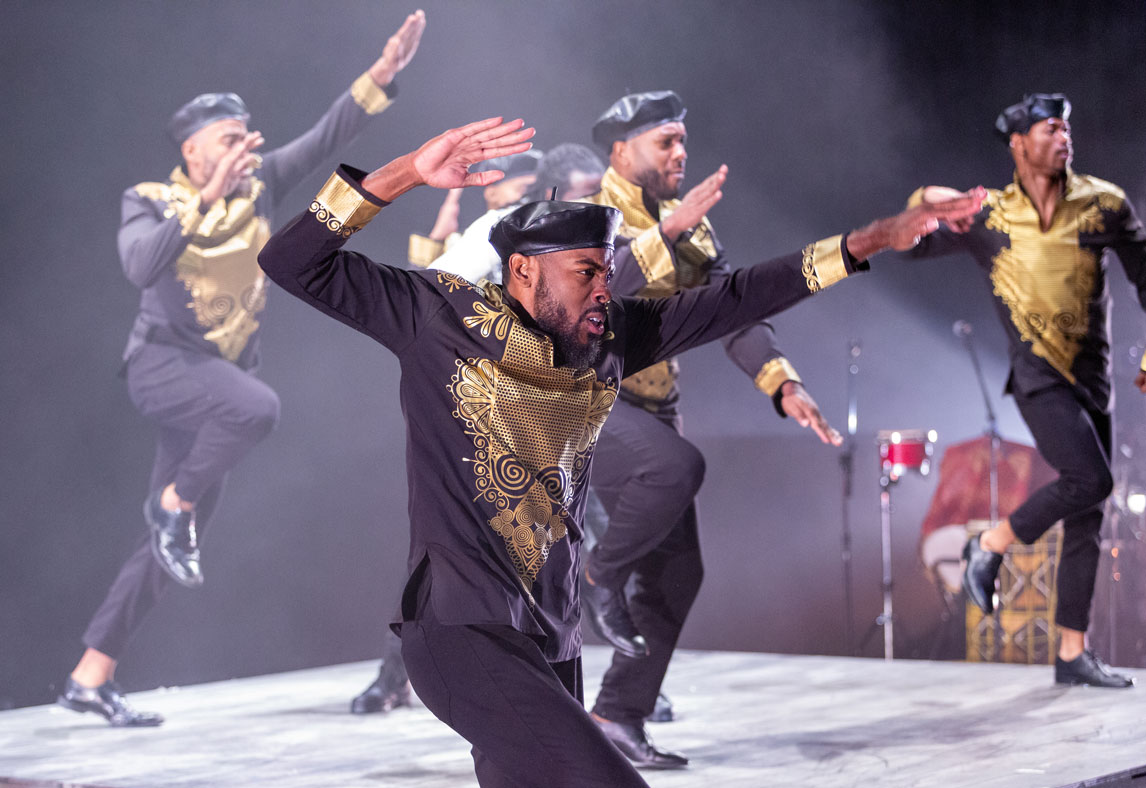 Join the conversation and let us know what you thought about Drumfolk! Comment below, either by following one of the prompts below or with whatever crosses your mind. We can’t... 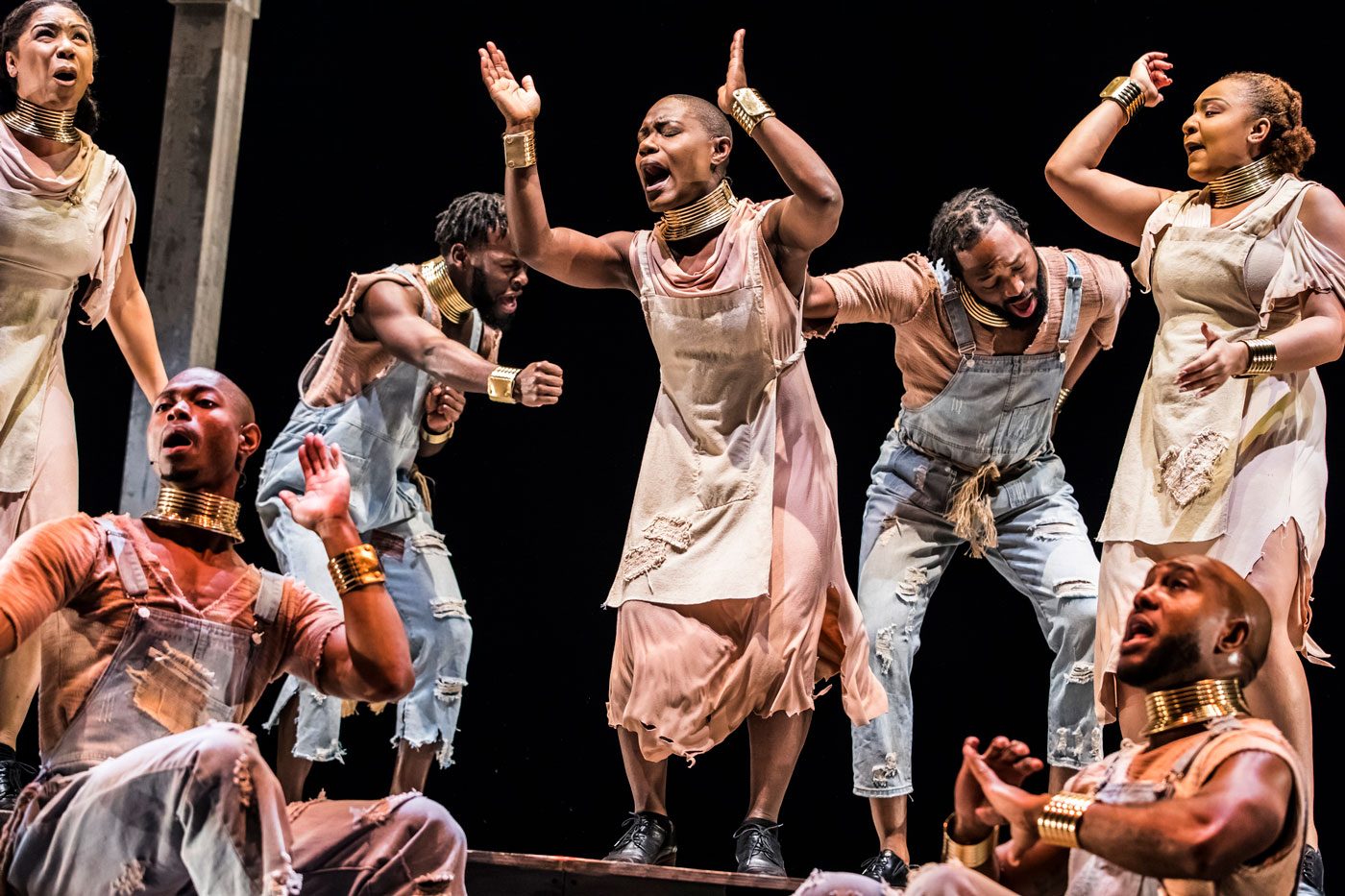 Drumfolk opens on October 5 at the Cutler Majestic Theatre, but what inspired this production? Read on to learn more! Drumfolk is inspired by the Stono Rebellion of 1739, an event...

“FANTASTIC…Thank you for bringing this wonderful show to Boston!”

“RUN DON’T WALK TO SEE IT! A riveting, high energy performance with a POWERFUL MESSAGE we all need to hear.”